ABI Research has forecast that HDR TV shipments will grow at a 41% CAGR and reach 245 million units in 2022.

Meanwhile, 8K TV sets are still years away from permeating the global market, with market hype currently centring on Japan’s plans to deliver 8K video at the 2020 Olympics.

Sam Rosen, vice president at ABI Research, told IBC 365 exactly what value HDR brings to the end consumer above and beyond regular HD, and why the end user should care about it: “HDR allows a range of brightness within a single screen. 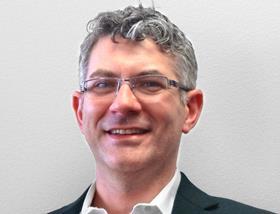 ”For instance, you can see the inside of a black cave with depth of blackness and grey in the shadows, while seeing intense bright sunlight coming in the hole of the cave.

”The sister technology, wide colour gamut (WCG), allows a much wider representation of colour which expands the colour palette to show more realistic and/or bright colours for cinematic effects. Both of these increase the ability of video content to wow consumers and increase the realism and effect of content.”

Commented Khin Sandi Lynn, industry analyst at ABI Research: “As evident with Sony’s recent announcement to include HDR in all its new TV sets, the next generation TV technology will soon be a prominent feature in many UltraHD TV sets. While some less expensive sets will not yet support the technology, high end TV manufacturers recognise the value that HDR functionality brings to the viewing experience.”

Vendors including LG, Samsung, and Sony plan to incorporate HDR in their UltraHD TV sets as a premium feature to support better colour and detail.

Yet, as HDR continues to infiltrate the market, broadcasters continue to hold back due to a dynamic standards environment.

Talking to IBC365, Rosen expanded on the issue with broadcasters: “Broadcasters are always reluctant to make large technology investments until they are confident of which standard(s) will ultimately be deployed in consumer’s homes.

Today, many broadcasters are in a “wait and see” approach, as they do not fully understand the value propositions, workflows and expected install base of devices which support the HDR10 standard, the Dolby Vision standard, and the recently announced HDR10+ standard. “

While HDR10 is the baseline industry norm, Dolby Vision offers premium features like dynamic scene-by-scene metadata to further enhance the picture, said Rosen: “We generally see HDR10 as being broadly adopted among most TV sets and used for live broadcast content, such as sports, while Dolby Vision will be implemented as an enhancement within mid-range and premium TV sets, and adding an enhancement layer for premium movies and dramatic content,” he added.

Rosen noted that “Amazon and Samsung recently announced the development of HDR10+, a version of the HDR10 standard that uses Dynamic Tone Mapping to produce enhanced contrast and colours”.

However, he added: “At this point, this standard does not have a robust industry coalition to foster adoption and serves to further confuse the market.”

Chinese manufacturers Chang Hong, Hisense, and Skyworth introduced 8K TV sets in 2017, but they are not yet available for sale.

It will be years before the sets hit mainstream consumers; in the interim, the sets are finding a role in digital signage markets.

Concluded Lynn: “8K TV sets will enter the market in small quantities in 2020 but mainly in Japan and possibly South Korea, areas in which broadcasters are now working toward 8K broadcast. In the meantime, it will remain UltraHD HDR TV sets that dominate the overall market.”