A Peach of a project: The EBU’s drive for greater personalisation

An automated recommendation system developed by members of the EBU and in use by Switzerland’s RTS and Portugal’s RTP is the work of a development team spread throughout Europe.

One of the algorithmic wonders on show at IBC2017 was the EBU open source project Peach (Personalisation for Each), which is a shining example of broadcasters doing for themselves by spreading development duties. 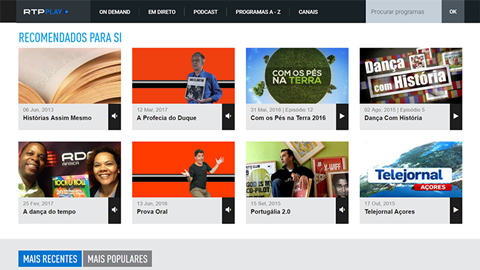 RTP Personalisation for Each platform

According to the EBU, “as broadcasters are faced with competition from multinational online-giants and looking for ways to efficiently increase reach and relevance, the EBU is working with its members to give editorial teams a set of powerful tools to deliver relevant content to audiences.

The aim is to provide audiences with “the right content at the right time for the right person on the right device”.

Peach is a project group working to InnerSource practices, the key points of which are collaboration and transparency, plus applying the values of open source to all software engineering.

However, this is open source as controlled by a single organisation, and led by Michael Barroco, senior project manager, EBU.

Peach – designated as a five-year project - is already being used live as two distinct functions: as a data pipeline, which is a tool for data farmers, and as a single sign on system. This allows consumers to personalise incoming media selections, and recommendation as it stands covers every media genre.

”It is all about creating a personalised experience on broadcast platforms.” - Michael Barocco

Peach is one of many open source tools in the pipeline that make the coming IP era look so incredibly enticing. A sign of the richness it will offer is within recommendation and genres where is deploys trending, diversity, content-based filtering and collaborative filtering. Two of the standards involved within Peach are ETSI TS 103 407 (cross platform authentication) and HbbTV.

It is already a working recommendation, handling millions of events a day.

“We started two years ago to work on the cross-platform specification, which is a protocol to associate user identities with media devices,” says Barroco.

“It is basically three elements – a recommendation service, a single sign on, and a data scientists’ platform. These are the building blocks which will be the foundation for the tool which will be given to editorial teams so they are able to propose the right content, at the right time, on the right device, and to the right user. It is all about creating a personalised experience on broadcast platforms.”

Peach is a unique co-development project. How many broadcasters did the EBU take software developers from?

Barroco explains that the project team is composed of between five and ten developers, the number depending on the time of the year and the priorities of the project. At present, it is a collaboration of five public service broadcasters.

“The one main difficulty is the integration with the broadcasters. There is the huge shift to digital platforms, and the existence of legacy systems in use with broadcasters: these are not always compliant with the requirements of the online world,” he adds.

“So one of the challenges is to integrate with the metadata for broadcasters. It is one of the most difficult parts when we then want to deploy the system on their premises.” 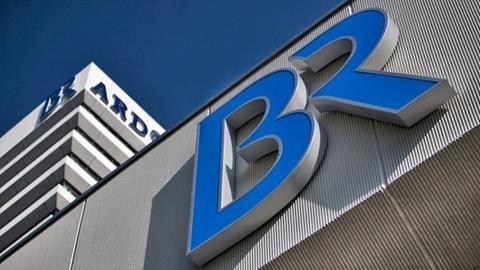 The software development team includes people from the first users:

Switzerland’s RTS, Portugal’s RTP and Munich-based public service radio and TV broadcaster Bayerischer Rundfunk, for which Peach is already part of its new media tech structure, providing all the recommendation and identity management within the system.

Other broadcasters also contributed to the specification of the various standards.

“The BBC helped on the open source implementation of the identity provider, which is actually the foundation of the project,” says Barroco. “RTS, BR and RTP then took it on further.”

He explains that the project started from the open source implementation of the Collaborative Protocol Agreement (CPA) procedure, which was developed with VRT, the BBC and RTS.

“We are now discussing Peach with other EBU members. We want to add more developers to the project team, so we are able to increase the know-how and maximise the learning opportunities for everyone, and also improve the project in terms of quality.

“ It is on-going work. We are using agile technologies so basically every two weeks we improve the software. It is probably going to last for the next three years, which was actually the original vision for the project back in 2015,” he says.

Users can deploy public or private cloud facilities for Peach toolset exploitation, or use the EBU (product owner and Scrum master) as a sort of Peach orchard, so does this suggest that the EBU will become an open source facility service going forward?

“No. We are coordinating the members, like we’re doing for the paperwork on standardisation, except that now we have started to coordinate them on the open source software level,” says Barroco.

Following IBC the Peach team was talking to dozens of people keen to establish if Peach matches their needs.

Does it suggest that broadcasters have chosen open source as the road to self-sufficiency in the fight against bigger, disruptive content producers?

“ Oh yes,” said Barroco. “Interoperability between systems is a priority nowadays with all the online services. It would be very easy to buy a unique solution, but the problem is that you have a restrictive lock-in with these solutions, and what you really need is to keep some control over your destiny.

“With the GDPR regulation, which is coming soon (May 2018), we will need to harmonise the way we deal with user data. The most cost-efficient way, if you want to keep it internally, is to share the individualised resources in order to build some knowledge of what the market change requires under this coming regulation,” he added.

“We are improving as we go and we have a roadmap to release different features over time. After every upgrade, our objective is that members can enjoy deploying new feature sets.”

The project team will need two and maybe three years to finish the complete Peach offering, but in the software world nothing is ever finished.

“You can always improve it. With new technologies you need to constantly adapt, and most probably the demands of the audiences will change in the coming years anyway,” said Barroco.