How to grab the attention of Generation Alpha

IBC2018: Kids born after 2010 are impatient digital natives who don’t just want fun content – they value the brands which talk authentically to them.

TV’s youngest viewers – known as Generation Alpha – are going to be particularly demanding. 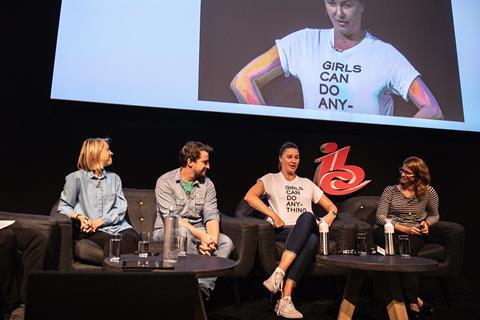 Girls can do anything: Jodie Morris, Rob Lowe, Miki Chojnaka and Yesim Kunter

Born after 2010, there are impatient digital natives who expect content to be delivered to them instantly and seamlessly on mobile, TV or tablet. They have short attention spans and are more interested in on-demand rather than linear content.

So said a panel of kids TV experts at IBC’s Audiences conference track during a session produced and chaired by W12 Studios co-founder Fabian Birgfeld.

The secret of appealing to Gen A, loosely defined as the kids following Generation Z, is “they really value authenticity and relevance”, said Beano Studios Director of Digital Content Strategy and Operations Jodie Morris.

“They are going to grow up smart and digitally savvy and will be able to spot clickbait a mile away. They will value the brands which talk authentically to them, won’t trust those that don’t, and will grow up not trusting them.”

“They value real life experiences rather than just putting them in front of a screen, and what I find fascinating about 8-9-year-olds we have spoken to is they tell us exactly what’s on their mind – so much of which is politics – from Trump to Brexit. They don’t want just fun content but want to be spoken to transparently and honestly.”

Another key feature which differentiates Gen A from previous generations is that three out of five come from single parent families, said Hopster Chief Content & Creative Officer Miki Chojnacka.

“What will be successful is stuff which enables Gen A kids and their parents to build connections together. They want to share a common thing – such as learning together.” Jodie Morris, Beano Studios

“So quality time and co-watching will be key for them. The big linear content for them will be family shows such as Britain’s Got Talent and X Factor – which they can watch with parents,” said Chojnacka.

Beano’s Jodie Morris added: “What will be successful is stuff which enables Gen A kids and their parents to build connections together. They want to share a common thing – such as learning together.”

Emerging technology such as AI and machine learning will also be important for policing platforms which Gen A kids frequent – such as YouTube, which was built with a 13 plus audience in mind. 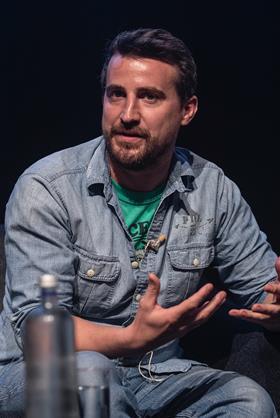 Rob Lowe, Senior Director, Digital Consumer Engagement at Lego, said: “The platforms they are using were not designed for them. On YouTube they can find content but there’s also content which isn’t appropriate, and the YouTube comments section isn’t necessarily a nice place to be. That places a huge responsibility on us to develop places which are more nutritious.”

Chojnacka said that many of her preschool channel Hopster’s subscribers are parents driven to the service after suffering an “oh shit!” moment when they realised their kids were discovering inappropriate content on YouTube.

She added that the streaming service could do more to harness technology to screen out content which is harmful to younger viewers.

Lowe added that kids producers who wanted to use YouTube to distribute content should be wary, because because the key concern of many parents online is safety and privacy

“We are also looking at using voice and audio for Lego building instructions – which could be useful for including blind or partially sighted kids. In short technology can solve a lot of challenges.”

“Augmented reality is still quite cumbersome,” he added. “The tech will get better but we have more failure than success in AR so far at Lego.”