Al Jazeera, RTÉ, Reuters and AP have partnered on an IBC Accelerator which seeks to enable media organisations to protect the integrity of their content and brands while achieving significant efficiencies, writes Ian Volans. 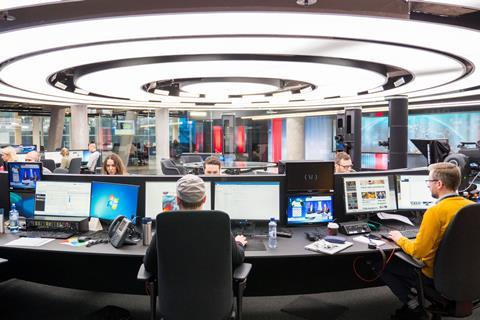 Broadcast news, especially 24x7 rolling news, is a demanding environment. News organisations have a duty to tell difficult stories but, in most jurisdictions, regulation prohibits the use of graphic imagery.

In the modern era, when output can be consumed anytime, anywhere on smartphones, news organisations must also be wary of reporting fake news or exaggerated claims that could be further amplified via social media. The volume of content being produced is overwhelming human capabilities to manage, moderate and exploit.

One IBC Accelerator is aiming to prove the potential and value of conducting real-time, AI-driven content moderation on live broadcast content at scale and speed. Led by Al Jazeera, this proof-of-concept will leverage developments in post-production content moderation and metadata enrichment to drive similar capabilities and value for live streamed content.

Bringing together the traditionally disparate functions of live technical QC, digital rights management and content moderation for editorial and regulatory compliance in a single workflow, the Accelerator aims to enable media organisations to protect the integrity of their content and brands, the interests of their audiences while achieving significant efficiencies.

The 2020 Accelerator builds on two projects that were part of the Catalyst programme that reached its culmination at IBC2019. In one, Al Jazeera, RTÉ and Associated Press (AP) used AI to automate the identification of on-air content and measure it against compliance metrics defined by regulators. The second project, in which Al Jazeera, RTÉ and AP were joined by BT, used AI-powered compression to improve time-to-air for live for journalists using mobiles for news gathering.

This year’s Accelerator moves the focus onto moderating incoming video in near-real time.

As project lead, Al Jazeera Media Network head of media, emerging platforms, Grant Totten, says that the ideal would be to be able to complete the moderation process in the ~10 second playout delay built into typical newsroom workflows.

Scoping
Scoping the compliance requirements and identifying use cases has benefited greatly from engagement and input with technical and compliance specialists at a European regulator who are themselves excited by the Accelerator’s aims.

As Totten observes, in many countries, regulation is based around broad principles rather than specifically defined offences and broadcasters often “only learn about what really matters once they get fined!”

Interaction with the regulator has helped map potential violations to determine what a system needs to be trained to look for.

The next step has been to identify which AI capabilities – image recognition, OCR, speech-to-text analytics etc – are most important in identifying graphic content, hate speech or fake news.

The group also hopes to explore whether enriched metadata for each frame could be used to “fingerprint” clips. This could help verify whether a clip pulled from YouTube was originally created by an established broadcaster or agency and so assist in tackling fake news. Such a capability could also help protect the digital rights of the originator.

Champions
RTÉ has joined the Accelerator as one of the champions. As a broadcaster without an R&D division and subject to public procurement, RTÉ is constrained in its ability to collaborate on solution development with suppliers. “The Accelerator concept addresses this in a collaborative environment with a focus on fast turnaround,” says Deirdre Temple of the Irish broadcaster.

“One of the most valuable elements of participation is the brainstorming to define our focus. We gain so much insight about our own challenges and potentials by working closely with other broadcasters whose experience and perspective is so willingly shared,” continues Temple.

Sandy MacIntyre, news vice president at AP, who heads up the news agency’s key editorial initiatives, says: “This is an important part of a wider push to understand the extent we can use artificial intelligence to automate much of the shot listing process. This project will attempt to use AI to flag to editorial teams graphic video images in a fast moving, breaking news environment.”

“Responsibility to remain compliant with the terms of operating licences rests solely with broadcasters, but it’s important the agencies who supply much of the international content are part of the effort to enable metadata enrichment,” continues MacIntyre.

The Accelerator champions are keen to involve vendors already offering machine-assisted content moderation tools whether directly to end-users or via third party solution providers. Totten also welcomes IBC’s efforts to engage start-ups with Accelerators: “Start-ups add an element of nimbleness and agility and the ability and willingness to try different things.” 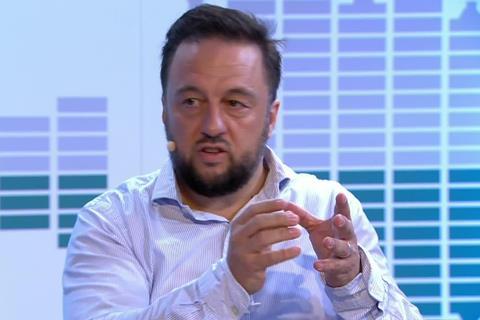 Grant Totten: “Start-ups add an element of nimbleness and agility and the ability and willingness to try different things.”

Totten is very conscious that working with training content can be psychologically damaging for the people involved but if the project can do it well, it could reduce the need for broadcast news personnel to be exposed to graphic and distressing pictures in future.

There are vendors who undertake machine analysis of content being uploaded to social media platforms. Their insight and experience, and the content they have analysed, could be very relevant to this Accelerator’s AI-training requirement.

If the proof-of-concept is successful, this Accelerator would deliver benefits beyond over-stretched compliance teams. Journalists, producers, galleries and MCRs could be freed-up from spending time double-checking content, allowing them to be more creative. “This is much bigger than news,” says Totten. “It’s applicable across the industry.”

RTÉ would concur: the Irish broadcaster is considering the potential application of the proof-of-concept to looking at its archives in new ways.

Although IBC2020 has sadly been cancelled, the IBC Accelerator programme continues to help broadcasters, studios and media & entertainment organisations collaborate to drive innovation throughout the year. By providing an environment for remote/virtual multi-company R&D, the Accelerators have come into their own in the current crises.

While there won’t be a physical presentation of the Proofs of Concept in Amsterdam, the Accelerators will feature in the IBC week of online sessions being developed for September. To find out more about the IBC2020 Accelerator Media Innovation Programme or to get involved, click here.