After 2020’s successful 5G Remote Production Accelerator, a team of world-leading broadcasters are working on a new, extended Accelerator project, exploring innovation across four significant areas, including the continuing evolution of 5G.

The last – but by no means least - of our focus on a trio of Accelerators looking at deployments of 5G and how they will impact numerous use cases throughout the industry turns its attention to the way the technology will impact live production. 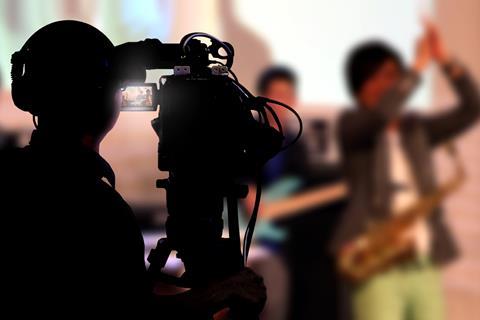 The objectives and the PoC to come will be suitably ambitious as a result: Open workflows where you can connect from anywhere and run your production processes how you want and where you want.

Project Lead is Ian Wagdin, senior technology transfer manager at BBC R&D. “We wanted to incorporate some of the things we didn’t quite get to last year and integrate some new and emerging technologies such as LEO and Edge and then start thinking how to deploy these technologies on platforms that suit us as broadcasters rather than existing platforms that may suit certain manufacturers,” he says.

The Accelerator effectively divides into two groups of two, with one covering processing and the cloud and the other connectivity. The work examining the cloud is particularly timely and is endeavouring to tease open the gap between expectation and reality that is currently a prominent facet of cloud innovations.

“The thing about the cloud is that every provider will tell you that it’s easy to spin up a service as and when you need it, the reality is that this stuff takes a lot of planning and is not something that you can switch on in an afternoon unless you already have it set up,” says Wagdin.

The Accelerator is looking at how broadcasters can become smart buyers of cloud services, as well as tackling head on some of the issues that are emerging in the space, such as the increasing trend for exclusivity deals being struck between connectivity partners and cloud producers, which creates worry it could limit choice.

Watch Videos about the Accelerators on IBC Digital

It is a given, of course, that the needs of the industry do not necessarily match the pitch of the vendors, especially as broadcast collides with the leviathan that is IT and the cloud. This is particularly true when it comes to Edge computing. The sell to industry is about reducing latency, but as Wagdin says what is more practically useful is reducing throughput and the amount of data that is required to be moved around.

“It was only by being in a conversation with other broadcasters that the penny dropped,” he comments. “Edge just looked like it was going to cost us a lot of money for not much gain, but when we realised it’s about processing stuff close to the Edge so you don’t have to move stuff around, that’s a different conversation.”

Champions in the project have benefitted from a world leading team of supporting vendors that have grown and worked collaboratively on these workstreams, throughout the project, as have the breadth and depth of discussions and inputs from all, including Evertz, Microsoft, Grass Valley, Net Insight, Zixi and Vislink/ Mobile Viewpoint.

Adding in LEO and more

The other main strand on processing begins with a look at 5G over private networks. This is something the broadcast industry has perhaps struggled to implement effectively to date as most of the Tier 1 vendors are geared up for industrial use cases. These are fundamentally easier to service; a factory doesn’t move around, and has a defined revenue stream over a fixed period, whereas the broadcast model is one of ad hoc services that can be deployed anywhere.

Making the two sides of the equation balance is an ongoing project around the world, but some interesting progress has been made under the aegis of the Accelerator with Participants, the University of Strathclyde, Huawei, Juniper Networks and Newlink. The result will be a solution that is potentially both a) good and b) cheap, and that Wagdin says will surprise a lot of people when they see its capabilities.

“When you think of radio cameras in that space you’re usually thinking of lots of money and lots of specialist engineering, but what we’ve been developing is a small piece of hardware,” he says.

Elsewhere, the nascent role of LEO is being assessed. This is a topical subject as Space X’s Starlink service has only recently moved out of beta and gone live. It uses constellations of relatively cheap satellites in Low Earth Orbit between 500km and 2000km altitude to provide broadband connectivity via an antenna. Because of the number of satellites used — currently under 2000 but with 12,000 planned by the end of the rollout period — the antenna is easy to position and coverage is already impressively widespread. Download speeds are currently in the 50Mbps region, with upload pegged at 15Mbps and latency around 50ms in most locations.

Better performance is expected, with part of the Accelerator effort being to make the LEO providers aware of the potential of servicing the broadcast market with higher upload speeds and perhaps the ability to prioritise connections.

Happily, work has already been undertaken by standards body 3GPP on how satellite connectivity (and Medium Earth Orbit solutions are also a consideration) can enhance and enable seamless and ubiquitous low latency connectivity solutions within 5G networks.

As a result we are already seeing manufacturers incorporate LEO into their bonded connectivity solutions and their ease of deployment coupled with low shipping and connectivity costs certainly make it a technology of interest.

“The sort of things that we’ll be exploring will be access to the mobile networks and or small private networks,” says Purminder Gandhu - technology transfer and partnerships manager at the BBC.

“We need to examine mobility too. Currently Starlink is postcode locked. When you purchase a dish, you only get connectivity from the general area of where that dish is registered. SpaceX is telling us that that is going to go away, but when?

“That kind of requirements we need to have fit into the workflow throw up questions such as ‘How do we land that?’ ‘Can we use it for localised production hubs, or do we use it for distribution and for further connectivity up into the cloud for processing?’ ”

With the chip shortage delaying delivery of Starlink kit worldwide, luckily the team already have one on hand that has been used for testing in recent months and will be using it in the first instance to enable access to a mobile network. Can it become a part of the dream of a genuinely open workflow on a genuinely open network? Find out, as the team will soon reveal on IBC Digitial further details of the workflow architectures and look ahead to when they may be positioned to demonstrate the breakthrough PoC live in the field.