Video hailed as the "killer app" for 5G

MWC19: Telecom operators are nervous about the level of investment required for 5G, but video will be the “killer app” to support the consumer business case, according to Liberty Global chief executive Mike Fries. 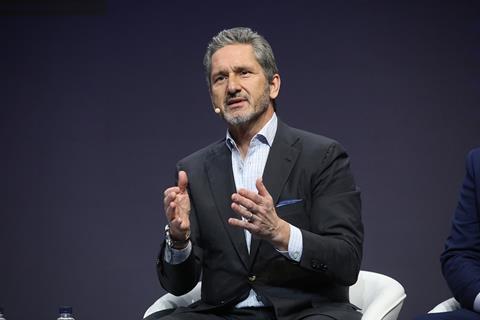 The Liberty Global boss said: “Most operators in Europe are feeling a little bit nervous about the capital outlay and uncertain about the business models.”

As the debate at the Mobile World Congress keynote session turned to the search for the “killer app” for 5G, Fries said the answer was obvious.

“Video is the killer app. Today, 60% of mobile consumption is video – that will grow fivefold in the next four or five years. Let’s be honest – that is what is driving mobile broadband. People are watching more television, changing viewing habits, there is more embedded video; that is not a complicated app”.

However, Fries said it was vital operators understood the ecosystem around video. He explained that in some cases Liberty has opted for vertical integration - controlling both the content creation and distribution - while also opting for an “aligned” approach in other circumstances.

“And that is not just with the big guys, such YouTube, Google and Amazon, but also the traditional content providers. For me, that is the main driver.”

Liberty Global has invested in a raft of media firms, including the All3Media group of production companies, which it acquired 50% of in 2014; ITV, in which it has a 9.9% stake and a 50% stake in the owner of Belgian broadcaster SBS. It has also partnered with Netflix in several of the territories in which it operates.

Fries also spoke of the demanding circumstances in which telco firms must operate.

“There have been 10 straight years of declining mobile revenue in Europe, with the biggest issue being price; consumers in Europe want more for less, and that’s fair – they should want more for less if they can get it, but operators are in a tough spot.”

TV and broadband firm Liberty Global operates mobile services in the Netherlands and Belgium, where the company’s approach to 5G rollout was described by Fries as “slow and cautious”. 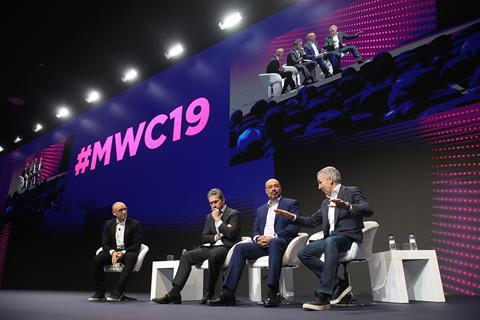 MWC19: The Next Generation

He said: “5G is evolutionary not revolutionary, especially for consumers… we are going slowly, starting with B2B options and enterprise solutions but mostly stepping back and being cautious about that rollout timeframe.”

For the boss of Telstra, Australia’s largest telecoms firm, the low rate of return on capital expenditure for operators around the world is a cause for concern because it has lingered in the mid-single digits.

“That dynamic hasn’t changed very much over the last ten years,” he said.

“If anything, it has declined and that is as a result of capex-to-sales creeping up to meet the ever-increasing demand for connectivity.”

And he said it was important operators now viewed 5G as an opportunity to reappraise their business models and boost profitability.

“The interesting thing to me is that its not just 5G that is important. It is arriving as other technology reaches a degree of maturity, including cloud compute, AI, ML, software defined, edge compute – these combinations provide the real opportunity for 5G.”