OTT and SVOD promise an exciting future for the broadcasting industry

Linear TV is “robust and alive and well” but SVOD promises an exciting future, agreed executives at the recent DTG Summit.

Panellists speaking at the DTG Summit explored innovation across the broadcasting industry, from changes to linear TV, to the industry embracing over-the-top (OTT) and declared that traditional broadcasting is not dead. 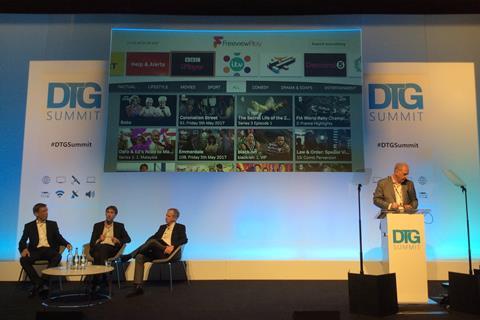 Analyst and Advisor Ben Keen said: “Linear TV is pretty robust and alive and well albeit resistant to some of the changes but it doesn’t mean the industry should be complacent”.

Internet IP is bridging the gap

Broadcasting can continue to innovative without IP functionalities, including better pictures and sound however, Keen said: “I think IP is going to be the critical plank of innovation for broadcasting going forward”.

“It is about offering a way to take the television service in a more impactful direction, a direction that delivers more choice of services and critically has a way to have a return path that enables more defined services and more monetisation options going forward,” he said.

The growth of over-the-top (OTT) and streaming video on-demand (SVOD) promise an exciting future for the industry with “the numbers around Netflix and Amazon are very impressive”.

Keen said: “If you invested your money in leading broadcasters half a year ago you’d be down minus 4%, but if you invested in Netflix you would be up 70%”.

The reality is that broadcasting and OTT services are coexisting.

Digital UK Chief Executive Jonathan Thompson explained consumers’ willingness to pay for content with the growth of OTT services is not a threat.

He said: “It is a massive opportunity because it gives viewers more choice to shape the bundle of content they want at an affordable price, rather than being locked into expensive triple play bundles for a long period of time.

“That choice and flexibility for the mass market is a real opportunity for a number of providers. I think the market is changing and there are a number of reasons to be positive.” 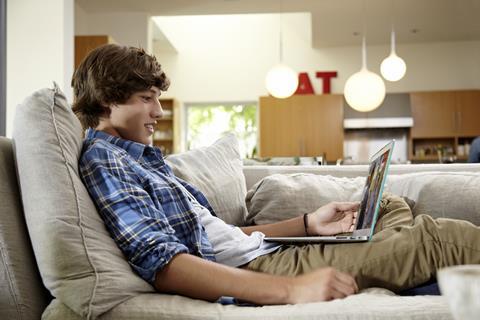 “Traditional broadcasting is more than a mature business, it is a static business and it is not growing.”

Keen continued: ”The most significant shift in our sector is the evolution and growth of OTT services, giving consumers more choice and more flexibility to create the package of content that they want.”

“We want to make broadcast TV better by using connectivity to the internet as a way of improving choice, flexibility and function our viewers are offered” – Jonathan Thompson

He said: ”We have to make sure live linear broadcast from satellite can be carried across to IP devices into the home so we have developed with the industry.

”We are also transforming ourselves to embrace OTT, to delivery and playout capabilities”.

The one disadvantage the broadcasting industry faces is the competiton with the mobile industry, changing the end user technology every five to eight years versus every two years for the mobile sector.

The UK market, which is based on open standards, is a precarious balancing act according to Thompson.

Keen said: ”We are seeing a plethora of services coming to market, skinny bundles in a sense are reinventing the linear TV model within the IP space. Creating a focus set of usually paid-for services, by creating it in a way using IP as a more flexible, arguably lower cost for the market. But it has to be seen alongside the other strategies.”

“Opportunity for broadcasters and television platforms to use the ability to have a more personalised approach and capture more data about their audience and to work with other players in the system to make more sense and value of that data which gives new opportunities,” said Keen.

“Hybrid Broadcasting Broadbamd TV (HbbTV) allows a richer and more interactive, higher level of functionality whether you’re talking about data analytics, approved services for the viewers or different routes of navigation to content. It allows for innovation and within HbbTV to evolve within the device over time, it’s not static, we are the early days of what we can do with that and that’s what is really exciting,” Keen said.

The definition of a broadcast channel will change in the next five to 10 years claimed Wrede. He said: “It will move into something different, probably be more fragmented and come from different sources.

“Some of our customers are doing that today with a new UHD channel, if it is a live premier league it comes from a transponder, if it is a movie it may come from OTT. That is definitely going to change, in the longer term we will have end-to-end IP delivery.”

Whilst the future can’t be predicted, disruption has hit the industry and it will continue to shape the future with the implementation of technology and continued innovations across the horizontal platforms and traditional business models.

Read more Broadcasters cautioned by commentator and journalist, Andrew Neil, over state of the TV industry.