Advances in display technology have paved the way for the delivery and consumption of HDR TV.

For a long time television cameras typically had no more than nine or ten stops of latitude available. Even if some cameras could record more, TV sets could only display six stops at best in the standard Rec.709 display range.

You would expose to avoid burning out the highlights, and then lose all detail in the shadows. That’s what the lights were for.

However, high-end camera technology has been capable of delivering more than 10 stops of dynamic range for some time now. Anyone using an Arri Alexa, Sony F55, Panasonic VariCam or Red camera has been able to shoot HDR of 12-14 stops or above.

Now, with Ultra HD and the latest UHD TV sets, viewers can see it too - typically eyes can see up to 14 stops. 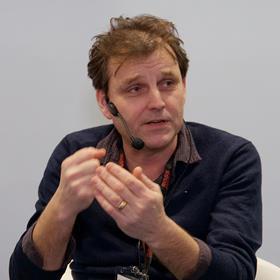 “People have been delivering HDR images to us in post for a really long time, even if it is in a logarithmic form from an Arri or Sony camera or in raw,” said The Farm Group chief executive David Klafkowski.

Even with film, a decision would be made as to which range of the picture to use when scanning in Spirit.

“We’ve always been trying to work out which bits of that latitude we wanted to display, because we had a very defined, Rec.709, display portal,” Klafkowski added.

”We were painting these pictures; we were using the technology to fit it into the display technology we’ve got. Now, having display technologies that can theoretically show a wider range, still not as wide as the range that the cameras can acquire, it’s just a different tool,” but “to get one grade that works in both environments is actually quite difficult.”

The Farm’s UHD deliverables so far have been to Amazon and Netflix as two distinct SDR and HDR masters.

Klafkowski explained that The Farm’s colourists prefer to complete a standard dynamic range grade which they then enhance. This is to help them sell it to the directors and producers who may be sitting with them; the colourists feel that if the director or producer sees the HDR images first, with detail in the highlights such as windows or fire shining through, the SDR images will then look rather disappointing. 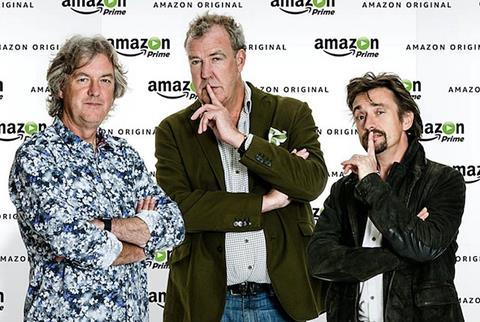 “For The Grand Tour we could grade in UHD and HDR, monitor it in the grading suite, master it on a Sony X300 monitor and 65-inch LG OLED panel for delivery. We then watched it streamed on Amazon in UHD and HDR, and it’s identical. That hasn’t happened to me in my 30-odd years in broadcasting. It’s never the same coming off air, but it is quite fascinating to have an over-the-top service that can close the loop,” he said.

The key to getting the best out of HDR during acquisition is to use the camera’s raw or Log-Gamma recording capabilities.

“Cinema Gamma allows you to capture just about every colour you can, certainly far better than our eyes, and certainly far more than you would need to see on a normal TV,” said Canon Europe Professional Video Cameras Product Specialist Paul Atkinson.

”Because you’ve then got all that information, it’s much easier to throw stuff away you don’t need than to create it afterwards, because you’re just going to create noise.”

“Ideally you’d want Log 2 or Log 3 on our C300 Mark II or C700, because that gives you the widest dynamic range, but realistically you can incorporate any footage and make it high dynamic range.

”It really depends on how you define high dynamic range. You’ll want maximum detail in black, maximum detail in highlights, and lots of information on everything in between - throughout the colours and the grey scale,” he added.