With exclusive content across TV and online in the build-up, and additional unilateral coverage on fight night, Sky Sports is pulling no punches when it comes to broadcasting boxing’s biggest event of the year. 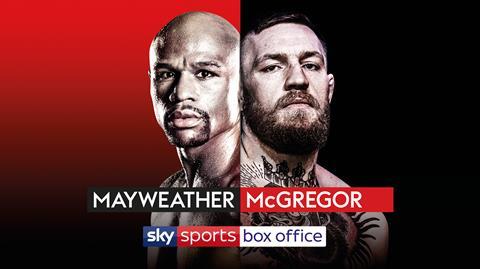 In any other city in the world, they would dominate the skyline. But nothing is too big for America’s playground. This fight comes pretty close though. It is a global event that everyone is talking about.

Sky Sports Head of Boxing Adam Smith is in a taxi in Las Vegas when IBC365 catches up with him. It’s the Tuesday morning of fight week and he’s already been in the city for a few days. It is “pretty crazy,” he says, even by Vegas standards.

And he should know. Smith is something of a Vegas veteran, having covered fights there for Sky as a presenter and executive producer since 1994, including the broadcaster’s first Box Office pay-per-view (PPV) event, Frank Bruno versus Mike Tyson II.

“As fight week kicks in, more and more people are talking about the fight. In bars, in restaurants and just walking around the Las Vegas strip. There are a lot of Brits and Irish here. There are a lot of familiar sounding voices. There is a real feeling that something big is about to happen.”

This is no exaggeration. On the evening of Saturday 26 August, two globally renowned fighters from different combat codes will come face-to-face at the T-Mobile Arena in front of 20,000 fans and a potential TV audience in the US alone of 50 million.

They will fight at super welterweight over 12 rounds under boxing’s Marquis of Queensbury rules. The combined purse for the fight is thought to be $300m.

To give the bout some sporting context, Mayweather, who has been retired since 2015, boxed 49 times and won 49 times, equaling Rocky Marciano’s all-time record. He is widely regarded as the best boxer to lace up the gloves since Sugar Ray Leonard.

McGregor, on the other hand, is one of UFC’s biggest stars and is a very exciting and enigmatic fighter. His record is 21 wins and three losses. He’s strong and explosive but the bottom line is he’s not a boxer, so in theory it should be a walkover for Mayweather. A victory for McGregor would probably be the biggest upset in the sport’s history.

Yet, despite the predicted mis-match, the hype and the excitement surrounding the fight has been off the scale.

Smith appreciates that this enthusiasm is not really down to the potential quality of the boxing.

“As a boxing purist, having covered boxing for over 20 years, we’re not comparing this to the Barrera versus Morales trilogy or the amazing scraps between Diego Corrales and Jose Luis Castillo, or the Ricky Hatton fights - the ones that stand out as great boxing fights that we’ve covered in Vegas.

“But we are seeing it as an enormous attraction with huge interest. It’s bringing two codes together.”

What makes it intriguing, he says, is that McGregor isn’t scared to go into Mayweather’s domain.

“It’s taking place in a boxing ring, not a UFC octagon,” he continues.

“And deep down McGregor genuinely thinks he is going to pull this off.”

The PPV event is being shown on Showtime in the US and Sky Sports Box Office in the UK. Experts suggest that such is the interest, it could beat the previous US PPV record of 4.8 million purchases for Mayweather’s “Fight of the Century” against Manny Pacquiao in 2015.

“Experts suggest that, such is the interest, it could beat the previous US pay per view record”.

Sky doesn’t reveal viewing figures or PPV buys but it is widely understood that 1.5 million people bought that fight in the UK and Ireland. Despite being unlikely to start much before 4:30 am, the figure for Mayweather versus McGregor may well beat that this weekend.

Smith describes the fight as “one of the biggest we’ve ever covered” so potentially it could (or perhaps should) sell itself. But Sky is not pulling any punches when it comes to coverage.

Showtime is producing the main fight feed but Sky will have four of its own cameras available in order to get unilateral angles and has secured a prime presentation platform inside the arena.

Some 45 Sky Sports production staff are in Vegas, including more than 20 from Sky Sport’s boxing department in Osterley, just outside London. A three-person ENG crew has been in Nevada for the past week, along with reporters. 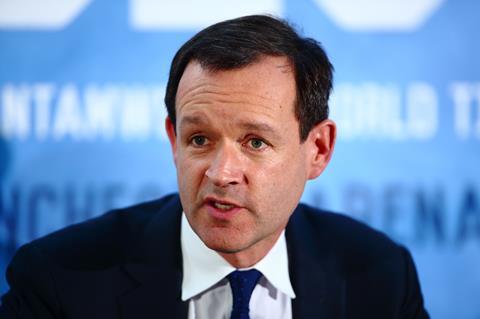 “We’re really going to town on the coverage,” says Smith.

“We’re feeding Sky Sports News on a daily basis plus SkySports.com and everything from Instagram to Twitter to Facebook Live, trying to cover every single angle. It’s a big social and digital fight too. UFC has exploded in that area.”

He says that the broadcaster has treated this fight differently from others that have gone before.

“We’ve got programmes every day. It’s not just counting down to a fight. This is Mayweather versus McGregor the event, the fight capital, the media and the fans. We’re trying to capture the different elements and the different appeal.”

In the build-up Sky has even sent a crew over to McGregor’s native Ireland, to get background on his family and his roots. Smith has family in Ireland and holidays in Cork so is very aware of the excitement around the fight.

“They are talking about nothing else,” he reveals. “They are all staying up through the night. It is a happening.” He expects 20,000 Irish fans to be in Vegas on fight night too.

One of the biggest departures from Sky’s usual boxing coverage is that they have brought in a UFC analyst, Dan Hardy, to supplement the regular pundits: British boxers Carl Froch, Tony Bellew, Matthew Macklin and Johnny Nelson along with American Paulie Malignaggi.

Hardy’s input could prove crucial for the section of the paying boxing audience that knows little about UFC or mixed martial arts (MMA).

”Dan can provide us with the knowledge and tactical know-how about McGregor - personally, mentally, physically: the make-up of the man - in an area that we aren’t experts. We really needed someone from the other code, not just to respect that code, but to find out more.”

As a crossover event, likely to be watched by both boxing and MMA fans, it is also a good opportunity to attract new viewers to Sky, acknowledges Smith.

“It’s a real chance to bring in a different fanbase. Hopefully we’ll be able to provide plenty of insight into both worlds throughout the week and on Saturday night.”

As for who wins, Smith is backing Mayweather but he won’t rule anything out.

“I think Mayweather wins and wins when he wants to. When he gets to work he will outclass McGregor. Then it will be a question of whether he can force a stoppage in the eighth, ninth or tenth round.

“But you never know. There is always that one-off chance, there is that moment that could change everything. There is something about this city that makes the unthinkable happen.

“You just never know. If Conor McGregor does pull it off, it will be an absolute sensation.”