Mobile chiefs warn governments against cashing in on 5G

MWC19: The benefits of 5G won’t be realised unless governments pull back from treating the auction of valuable spectrum as a “golden goose”, according to telecom leaders speaking at Mobile World Congress. 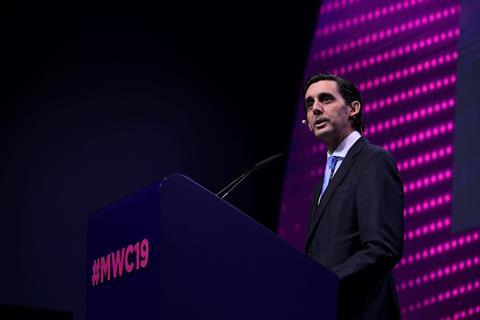 Unsurprisingly, 5G was the dominant topic of the opening keynotes one the first day of Mobile World Congress, where the bosses of Korea Telecom and Singtel spoke enthusiastically about the potential for 5G to transform a host of industries.

But the leaders of Telefonica, Vodafone and Orange raised concerns about the regulation of the mobile industry and the role that governments play in making spectrum available.

In his opening address, Telefónica chairman and chief executive José María Álvarez-Pallete López said the aim of regulators should be to “simplify regulation, otherwise much of the expensive innovation in 5G will be lost before it is deployed”.

And he said the same should be applied to spectrum.

“Governments are using 5G auctions as short-term cash generators rather than fostering the digital transformation that societies and economies require.

“Spectrum needs to be awarded for longer durations, and we hope that the new commission and parliament in the European Union make the creation of a level paying their number one priority.”

“In Europe we have had extensive regulation, which has created a lot of competition which has fragmented spectrum which gives poorer network performance” - Nick Read, Vodafone

GSMA director general Mats Granryd echoed the sentiment that it would be detrimental if governments look to cash in on 5G. 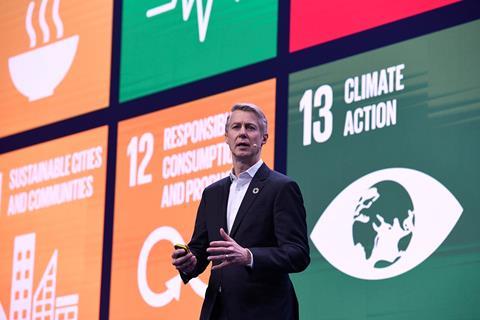 Granryd said: “Intelligent connectivity will bring significant economic and social benefits but not if operators are burdened with colossal debt. So, our message to governments is simple: don’t get short-term greed and kill the long-term golden goose.”

Vodafone chief executive Nick Read said that rather than just look to regulators as the source of the industry’s woes, telecom operators should first assess their own roles in encouraging innovation.

He spoke about telecoms being the “sector of sectors” that has enabled the digital transformation of society and business.

“I think that pivotal role is understood in the US, Asia and Africa because there is the right balance of competition, regulation and investment but we haven’t quite got there in Europe, and so the question is why? I would say a lot of operators turn to regulators and say it’s all due to regulation but as an industry we need to start with ourselves first.”

Read spoke of a recent GSMA survey which found that the telecom sector is “only slightly ahead of tobacco and quite a way off financial services in terms of customer perception. While they are good sectors, I would like to think that our pivotal role would have us more advanced. So you have to ask why? And I feel there have been three inhibitors.

Protectionism
“Firstly, as an industry we have been a bit protectionist in our mindset. Secondly, we don’t collaborate well enough as an industry and finally we are not fast enough to follow our customers’ needs.”

Read gave the example of messaging and said that the industry had been “a bit protectionist”.

“In the process we didn’t collaborate well enough on rich messaging services as a platform. We are doing it now, but it’s too late and now over the top players have moved into that space. You could also pick roaming as an example. 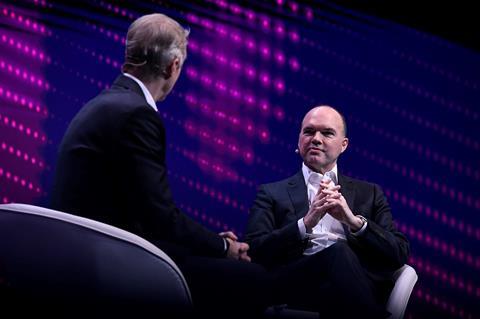 “It was a real pain point for consumers, and we didn’t address it fast enough and regulators had to step in. My concern is that because we didn’t address these points, it provoked a regulator to moderate our behaviour and in Europe we have had extensive regulation, which has created a lot of competition which has fragmented spectrum which gives poorer network performance.”

However, Read said that 5G provided an opportunity to “reflect and change”, partly by offsetting the costs associated with rolling out 5G by sharing infrastructure.

“We have announced with O2 in the UK and in Italy we will do more sharing; this is how we will improve coverage and performance and ensure the environmental impact can be lessened and returns for our industry improved, because the sector in Europe versus all other sectors is the worst performing from a total shareholder returns basis for three years running, so things need to change.”

Orange chief executive Stephane Richard also stressed the need for greater collaboration. He said: “We have a huge operational challenge to meet. We face huge expectations; we must invest massively and roll out networks that the economy and societies expect from us, both fixed and 5G.

“More than ever we have to focus on operational efficiency, and we have to allocate our resources smartly in a world where there are still doubts about our capacity to create revenue and return on investment in the context of increasing competition and regulatory pressure.”