Multicast with a dial a delay option: 5G VISTA will ignite fan interest

The next big steps for the DCMS-sponsored 5G VISTA Project will be the imminent arrival of test handsets and the 31 March release of a report containing all the collateral from two years of technical and business case endeavours. VISTA stands for Video in Stadia Technical Architecture, but distributed events like golf, tennis and athletics are just as keen as football, cricket, horse racing, motor sport and concerts to adopt 5G broadcasting to fan group handsets.

In public speak, ‘5G video allows you to get more from live events, enjoying a personalised experience straight to your device, all while being right there among the action’. It is a part of the government’s 5G Create Project, and it brings broadcast and mobile network mindsets together in committed support of multicast. 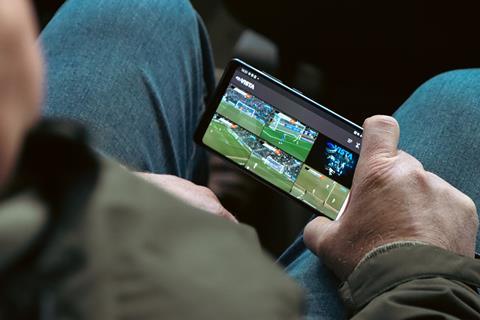 “Why VISTA? Lots of people like to engage with mobile tech while watching a live event, and this is across all age ranges and demographics,” says Alex Buchan, Digital Television Group strategic technologist and project lead.

Qualcomm’s commitment is a big factor

Comparing the huge cost and infrastructure gaps between unicast and multicast, he used the recent Super Bowl as an example.

“Verizon had a similar concept as us, with multi-angle views of the game, but they spent about $119 million putting in the unicast network to cater for the service at the stadium. The kit we put in for the MK Dons versus Ipswich football game for our demo cost around £203,000. It provided a broadcast network for all the fans present,” adds Buchan.

“If someone as big as Qualcomm is involved, they must feel there is some confidence in the technology and the use case,” Alex Buchan, DTG

“You can see the potential through the commercial, equipment and infrastructure savings. We can send a suite of content out to everyone in the stadium and there would be no capacity issues,” he says. “We recruited a bunch of MK Dons fans, gave them a handset and said do your worst. Encouragingly, the feedback was really positive, and they really got the concept.” 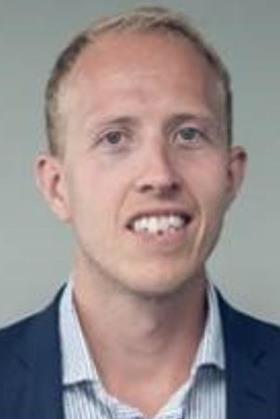 “Handsets and networks are really the next stage of the project, driving towards a commercial solution. We have made a lot of progress with Qualcomm. They have a test platform they are working on with Rohde & Schwarz. They are hoping to get that out in the field in the next couple of months and try it out,” says Buchan. “That is a massive step forward because if someone as big as Qualcomm is involved, they must feel there is some confidence in the technology and the use case.”

The 31 March release of the report is not a closure point for the project.

“We will keep the project together as a collaboration and we want to get some further trials organised with interested sport and music partners, and then start using the test handsets. VISTA gives such massive efficiencies in delivery compared to unicast, and it is an amazing use of multicast,” he adds.

The MK Dons trial used a single antenna transmitting on 763MHz down to the far side of the stadium. Subsequently, the VISTA team also covered drone racing in the stadium.

“In theory you could have two base stations covering the whole [30,000-capacity] stadium. We had a 56-second delay latency to start with. We were scratching our heads about that, and we got it down to 4 seconds for the actual trial, and then our trialists said they wanted more delay,” recalls Buchan.

Does this mean different sports and events will want different delays?

“Exactly that,” he agrees. “That was also one of the feed backs from our customer focus groups. They want some way of doing the delay themselves, to tailor it to whatever they are doing. You do not know these things until you try it out, and we were trying to get latency down as low as possible.”

Many deployments of 5G VISTA will be almost private networks because the technology will be installed to allow venue owners to engage with fans via an app. A different way could see it integrated into the O2 network, and then you get an O2 engagement with it.

“There are ways of accessing it, whether it is private networks or the mobile network, but that is the kind of thing we are trying to work through the sustainability report. We are hoping to do something in motor racing and we have had a few conversations about golf and athletics,” says Buchan. “The main thing is the project team is staying together, so it puts us in a great position to find the right partners.”

David Owens, head of technical trials with Virgin Media O2, is VISTA technology lead. He had his own nail for the unicast coffin in the context of live events. 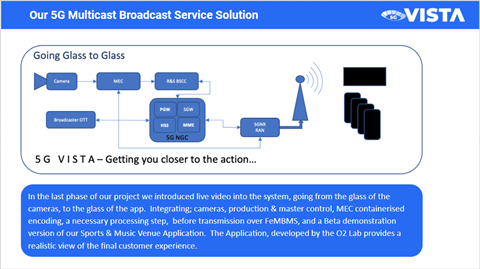 “If we take Twickenham Stadium as our [O2] model. We would probably spend £2-£5 million on putting in a 5G network to deliver this service in a unicast way. You would be making a personal connection to a server to play back to you in the stadium and, if everybody was doing that, you very quickly use up all available capacity,” he explains.

“That puts a lot of pressure on the infrastructure, meaning that simple things like Facebook and Twitter updates, TikTok and Instagram become very difficult. Think about multicast and we are really thinking about broadcast, TV for your mobile,” he adds. “We have had a number of iterations of this over the years, starting in 2007, when it was not a viable solution. The big thing that has changed now is that we have smartphones with really good screens.”

Multicast is about HD images to all. It allows people to enjoy that armchair experience in the stadium. One big boost is the core standard followed – 3GPP’s FeMBMS. 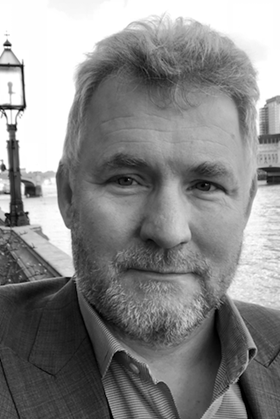 “It is internationally standardised. We are working on Release 14, the LTE version, and Release 17 is coming for the next version of 5G. It is really important that the standards bodies pick this up because we need the standards to drive the chip manufacturers, to drive the handset manufacturers, and allow us all to take advantage of this service,” says Owens. “And that really does go from the VISTA project, over to the people who can make this happen.”

VISTA can reach way beyond the top five or six stadiums and into many multiple-aspect sports to regional levels.

“It can go through the football leagues because it is deep enough to be able to roll out on scale. It can be integrated into the network and there, on top of that means you can lay on memberships and subscriptions, and additional content. And it is cost effective,” says Owens. “It goes glass to glass, camera lens to smartphone.”

On a generic piece of equipment

The camera front end is not remarkable – SDI converted to RTP streams, then over the broadcast network and pointed at an IP address – but Buchan identifies good work between two of the key supporters.

“The way we have actually done it with Ori and its multi-access edge computing MEC is that on the encoding side [with Ateme] they have made it like an app. You can have it on a generic piece of equipment and just spin up the app to do the encoding and the camera processing,” he says.

“You need a minimal amount of infrastructure to get the whole solution. You could look at other 5G aspects for bringing the content back, but we are leaving it to others to innovate on the production side. We did put commentary over the app during the MK Dons trial, and you have a whole set of audio options, such as from other games, other languages,” he adds. “We see VISTA as a great opportunity to level up the terrific job that broadcasters have done.”

Paul Carter, CEO of Global Wireless Solutions, kept the project fed with confirmational research data. He says: “Sports, particularly in the UK, are so important to people’s lives. They are very quick to figure out how to use this as a supplement to the live experience. Sustainability is a good point too. Broadcast is there anyway, so just let everybody grab it without adding more resources.”

5G VISTA started out with the DTG, O2 Telefónica, Digital Catapult, Rohde & Schwarz and GWS as its development team. It added Ateme and Imaginary Pictures midway. Surrey University is looking at security for conditional access.