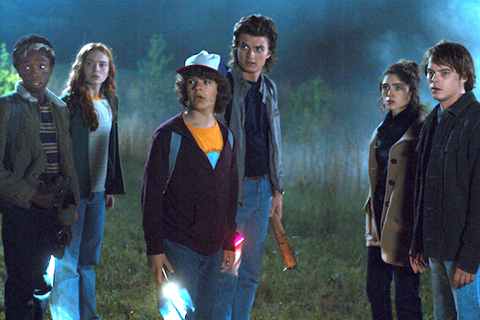 Netflix has boosted the quality of its Dolby Atmos audio in a bid to “bring viewers closer to the story.”

The streaming video giant is increasing its audio bitrate from 192 kbps to 640 kbps which will enhance the audio experience, along with premium subscribers who will now have access to Dolby Atmos at 768 kbps from 448 kbps.

According to the company announcement: “We expect these bitrates to evolve over time as we get more efficient with our encoding techniques.”

Netflix said the new feature will take its ”sound quality to another level,” with audiences now able to hear audio as the creators intended from the studio production.

“Every little detail is captured for a richer, more intense experience.

“Additionally, if you have bandwidth or device limitations, we’ve made the feature adaptive so that we will deliver the best possible audio to match your capabilities. This is similar to what we already do for video.”

Adaptive streaming has clear benefits to ensure the content is optimised for the viewer and now Netflix has adaptive streaming for both video and audio enabling the media to be delivered to the user in the most optimal way for the network connection.

“By using adaptive streaming for audio, we allow audio quality to adjust during playback to bandwidth capabilities, just like we do for video.”

In the blog post, Netflix said the subtlety of sound of goes unnoticed however can have a profound effect on the atmosphere of a scene and ultimately change how the viewer feels and reacts to it.

The most iconic moments in film and TV are defined by the score, Netflix pointed to the majestic theme music from The Crown and the eeriness of Stranger Things wouldn’t be the same without its music.

“The magical combination of sight and sound brings viewers closer to the story, and that’s why we support creative technologies and features like 4K, HDR, Dolby Atmos and Netflix Calibrated Mode.”

Netflix added Dolby Atmos in 2016 which has delivered realistic sound in specific places where the audio can move anywhere in the room giving the depth of immersion within the story.

In 2010, Netflix began streaming in 5.1 surround audio but suffered some audible degradation of high frequencies.

The backstory
Netflix worked with the creators behind the science-fiction horror series Stranger Things to test the audio quality in a car chase scene in episode one and they concluded the sound was not as crisp as it was on the mixing stage.

This was addressed for series two with Netflix delivering a higher bitrate for the audio and have pushed audio improvements broadly across its platform.

Netflix said: “Supporting and delivering on the vision of our creative partners has always been incredibly important to us, and sound is something we’ve been really focused on.”

The engineering and creative technologist sound experts at Netflix collaborated and concluded: “Series mixes were getting bolder and more cinematic with tight levels between dialog, music and effects elements.

“Creative choices increasingly tested the limits of our encoding quality and we needed to support these choices better.”

According to its technology blog: “The audio coding quality is perceptually transparent,” which means it is “indistinguishable” from the master version of the original score.

“In addition to deciding 640 kbps—a 10:1 compression ratio when compared to a 24-bit 5.1 channel studio master—was the perceptually transparent threshold for audio, we set up a bitrate ladder for 5.1-channel audio ranging from 192 up to 640 kbps.

“This ranges from ‘good’ audio to ‘transparent’—there aren’t any bad audio experiences when you stream.”