Ahead of the launch of the world’s first 8K channel in December, Japanese broadcaster NHK has been filming dedicated 8K programmes in major European cities.

NHK has been busy capturing footage at key European cities in 8K in readiness for its December 1st launch of new 8K and 4K channels. 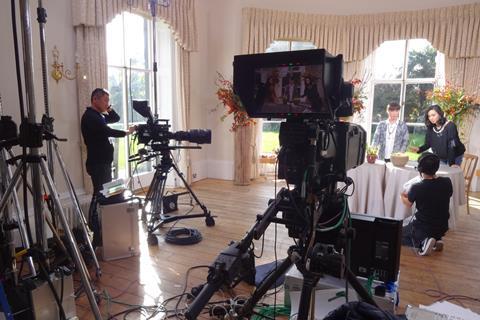 BS8K, the first 8K channel in the world, will broadcast for approximately 12 hours a day.

NHK’s London stop-off at the end of October was focused on the Royal Botanical Gardens at Kew, in south-west London. The Gardens are well-known amongst Japanese tourists, and are also a UNESCO World Heritage site.

The NHK 8K shoot at Kew was spread over five days, and involved a couple of ENG camera crews amongst an overall 40-person (technical and support) team shooting at key locations within Kew Gardens.

The shoot aimed to showcase the history of the site including its many royal connections and colonial influences. The primary focus for the teams were on plants, hot-houses, and the ground-breaking research and conservation work being done at Kew.

NHK installed a fully-equipped studio within Cambridge Cottage (the former royal home of the Duke of Cambridge until 1904) on Kew Green with the ultra-modern 8K OB trucks making something of an impact on the normally staid 17th Century buildings surrounding the Green.

Following set-up, one day was devoted to rehearsals at the studio, with two days for filming and a final day for any last-minute pick-up shots needed for the overall production. 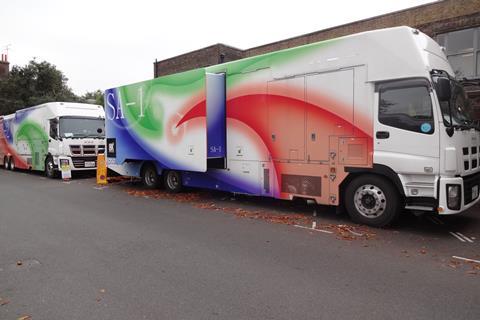 The OB fleet included a dedicated 22.2 channel audio studio, and its team of audio experts.

The end result is a show which will be transmitted in the spring of 2019. NHK brought over 14 staffers from Japan, and also hired local technicians to assist with the ENG tasks. NHK used a Japanese presenter, plus a bi-lingual reporter as well as a botanical artist from Kew talking about her work at the Gardens and the legacy of botanical illustration held at Kew.

The ENG teams, as well as being tasked with filming plant life, also had a long list of physical elements to be captured, including the Sackler Crossing (a modern bridge across the main lake); The Hive, an installation designed to replicate the inside of a bee-hive; as well as established locations such as Kew Palace itself. The crew ignored the Japanese Garden at Kew on the basis that their viewers had plenty of them closer to home!

The studio team studied some of Kew’s notorious carnivorous plants, including the Venus Fly Trap. Another team spent the day filming in the Princess of Wales Conservatory which manages to provide ten different climate zones under one roof – and a wonderful test for camera equipment and especially lenses. 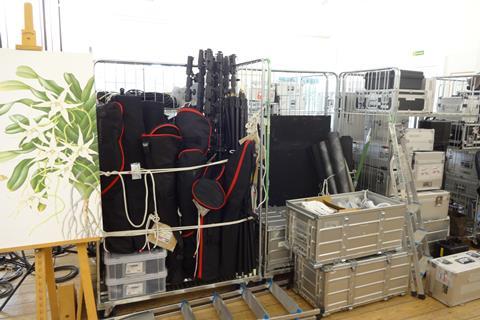 One subsequent option is for NHK to repackage the 8K footage – and down-convert – to 4K for sale and screening to broadcasters outside of Japan.

The Kew project is just one of dozens underway in 8K. NHK Senior Producer Mika Kanaya explained that, as part of the roll-out of the world’s first 8K channel, these projects represented “a revolutionary milestone for us”.

The portfolio of European 8K cities filmed so far is significant. Kanaya said the idea is to take viewers on a two-hour guided visit to each location. “Apparently, an average Japanese tourist visit spends about 2 hours at one location. Thanks to 8K we can take viewers to a city and make them feel as if they were actually at the destination. We have included the Colosseum in Rome, the Chateau de Versailles near Paris, and many other European city destinations.”

“Opening Day on Dec 1st will see two spectacular sets of live transmissions. The 4K channel will have direct images from Antarctica, while the 8K transmissions will be live from an Italian city. We – and the team – are hoping for good weather,” added Kanaya.

She explained that the Italian 8K transmission would include plenty of tourist appeal, including local attractions, art and museums, food, history and on the spot interviews with locals about their roles in city life. “And all live. We want a totally immersive experience,” she said. “We all know it is going to be a crazy day for the production teams, in Antarctica, Italy and at NHK in Tokyo but hopefully viewers will be happy.”