One small step for man and one big gamble for broadcasters 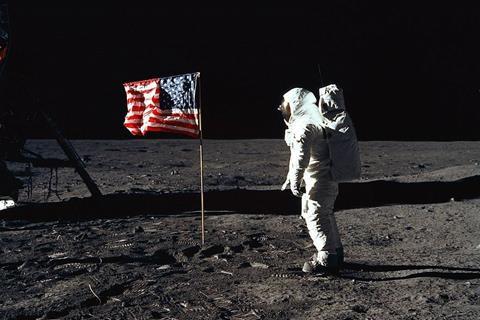 The BBC broadcast 27 hours covering the Apollo 11 mission to the moon with presenters Cliff Michelmore, Patrick Moore and James Burke based in the Lime Grove Studios.

Burke was responsible for the scientific and technical discourse and analysis. He explains the hardest part of the live broadcast was knowing when to speak and when “critically not to talk” over the astronauts.

He told IBC365: “Covering the Apollo 11 was like a one-off horse race, where we were live for 11 hours and most of which I trying to find out what they were saying.

“We only had two to three images across a few days, so it was really like working on a giant radio program, with a single picture attached.”

Astronaut Neil Armstrong made history some 50 years ago when he successfully took the first steps on the moon on 21 July, five days after launching into space, Armstrong summoned the awe of nearly 600 million viewers around the world.

BBC One, BBC Two and ITV covered the milestone for UK audiences, as did broadcasters around the world, vying for audience eyeballs and ensuring the historical milestone was aired simultaneously.

Burke continues: “The entire time I was working on the live broadcast I was doing it all by keeping mouth shut as I didn’t know when they would talk. The control gallery was urging me to say something, but it was lucky I didn’t because he said ‘one small step for man’ at that point and that is my fondest memory of the coverage.” 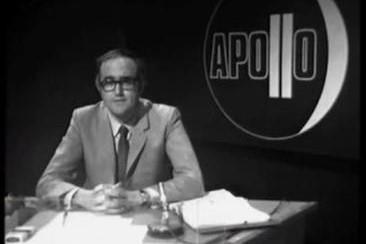 Burke recalls the momentum that man landing on the moon had, initially covered by the news – not the technology – division; the first BBC broadcast garnered incredible audience figures and Burke has taken it upon himself to contact NASA for a copy of every book they had, which he ferociously read and arguably gave the BBC’s coverage an advantage over its competitors.

Burke explains how he prepared as well as possible learning the flight plan and memorising the technical data, which helped guide the live coverage and ensure the presenters and technical team remained on air for the first time over night, a milestone for British TV.

On the moon landing, he said: “It didn’t tell us anything we didn’t know, it was a propaganda act against the USSR because all the technology was already there it just wasn’t put together before.”

TV wasteland
While technology aided man to land on the moon, Burke pointed to how it will impact the broadcasting sector we know today.

He says: “The internet has had a big effect instantly on society with the primary impact on the development of social media and the biggest social change we have seen for decades is giving everyone the opportunity to express their voice.”

However, he adds, “education is way behind technology,” which has resulted in populism around the world, particularly in the West.

Burke doesn’t expect TV to go away, “people will still watch the box,” but it’s how TV is created that will change.

“With CGI and the masses of tech advances mean almost everyone can be a producer and TV director.”

He explains: “The likes of ABC, NBC and CNN with the big infrastructure and head quarters will be rapidly replaced by remote productions and flexible forms of producing content.

“With CGI and the masses of tech advances mean almost everyone can be a producer and TV director.”

Burke says the “massive increase to have high quality TV” both factual and fiction has positioned the industry in a great era, however he says: “What we used to call TV won’t exist and we are going to go through a bad period.” 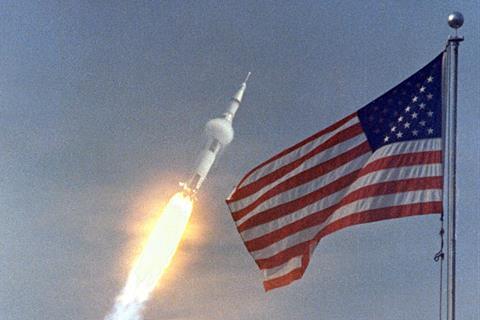 He continues: “There is an amazing proliferation of talent, never before seen or available but beyond that stage I think with terrestrial TV anyway, there will be a surge of technical crap – a waste land of TV for next 15 to 20 years beyond everyone having a go at it and then we will get back to people with real talent.”

Looking ahead 50 years, Burke expects people to experience TV in the future through super powerful computers that are integrated in hologram form into the everyday.

He adds: “Scientists are talking about this now thanks to Anno technology and DNA to store data and run programs.

“We will have computers small as dust that are super powerful, to spray it over the wall and the entire environment will become what once was TV and show news.

“It will have immersive virtual experiences including what is now TV it will be so realistic.”