Partnering with the FAANG “frenemies” 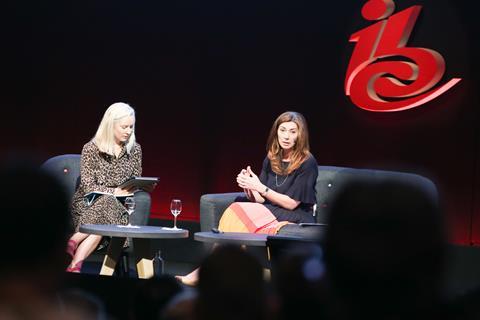 Pattison explained that advertising had been “massively disrupted” by the rise of companies such as Facebook, Apple, Amazon, Netflix and Google (FAANG), and that audiences were increasingly difficult to reach through traditional means.

Calling on content providers to “up their game”, Pattison said: “The ascendance of FAANG is no longer a matter of conjecture; the future is a foreign country.”

Commercial broadcasters and media companies are faced with having to rethink their business model in an era when digital companies can personalise content for audiences.

In particular, she said the industry needed to be “wary of what Facebook Watch can do,” given that it is funding more content and has the potential to reach large numbers of Facebook users.

Pattison continued: “We want to be good partners with digital players as well as traditional broadcasters.”

She noted that digital now accounts for 61% of total advertising spend in China, while it is 60% in the UK. By contrast, the US is at 33%, while India sits at the lowest with 4%.

She said: “The world we operate in has been massively disrupted. The technological revolution has transformed in very profound ways, the ways that we work and the way we live. It has accelerated the pace of change in our industry.”

“The world we operate in has been massively disrupted. The technological revolution has transformed it in very profound ways”

This year, for the first time ever, digital spend will overtake TV globally at 38% for digital and 37% for TV, equating to 3.69 hours a day online compared to 3.63 hours on TV.

She said: “2018 is a pivotal year for the global advertising industry.”

Meanwhile, new technologies including blockchain and augmented reality (AR) are at the top of Pattison’s agenda, with great opportunities to provide new products and services.

However, Pattison stated: “We need to think of more interesting advertising formats because we haven’t really innovated the way we incorporate brands into content.”

Pattison said there was an urgent requirement to push for progress technologically.

She said: “We are in a talent war and we need to ensure WPP and GroupM is a great place to work. We see success through collaboration and agility.”

Pattison said that transformation is taking place everywhere in the media industry, noting the change in leadership amongst UK broadcasters such as Channel 4’s new Chief Executive Alex Mahon and ITV’s Chief Executive Carolyn McCall, who are both “shaking up TV brilliantly… I have confidence in most of the leaders.”

Pattison briefly commented on the controversial and swift exit of former Chief Executive Sir Martin Sorrell who has been succeeded by Mark Read. “WPP is transforming. The entire industry is experiencing structural change,” she said.