Peled spells out strategy for Synamedia

The newly named company, which is being acquired from Cisco, looks to tap into content boom and mulls a possible IPO in a few years

Industry veteran Dr Abe Peled has spelt out his strategy for Synamedia, the new name for Cisco’s Service Provider Video Software Solutions (SPVSS) business, which is in the process of being acquired by private equity firm Permira. 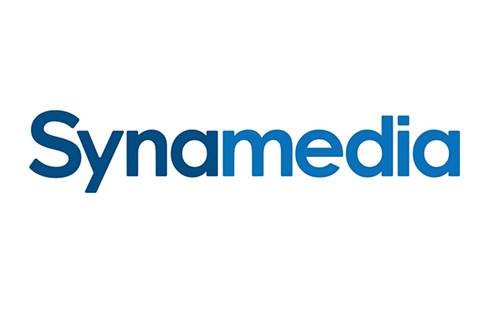 The deal will wrap in the first half of Cisco’s 2019 full year results, and sees Peled and new CEO Yves Padrines back in control of an $800 million turnover business.

Peled was CEO of the business, then called NDS, when it was sold by Permira and News Corp to Cisco for $5 billion in 2012. Padrines joins from Cisco.

Peled said his focus now for Synamedia is on execution, month by month, quarter by quarter, with the aim of readying the business for an IPO in a few years. “Given that many companies have spent a load of cash buying businesses like ours, and simply not making them work, the prospect that a few years from now they’ll want to do the same and acquire us is small. But an IPO is the natural move for us.

“But first we have to move forward, resume growth and see our new technologies make a difference again. Just remember, back in 1999 the sizzle stories then were all about IPTV and interactivity. It is the same today almost 20 years later.”

Peled, speaking at IBC, said he had not attended the show for six years and he was glad to back in Hall 1.

“I admit that when Cisco first put the division up for sale I was a little sceptical and I said to Permira that I didn’t know we could put Humpty Dumpty back together again. The industry has changed so much.”

He said the challenges continued to be in the core skillset of his team. “I spoke to a number of clients, including Robin Crossley who advises Sky, and other customers, and it was clear to me that today’s broadcast sector is very different from just a few years ago.

”There is more original content being produced now for TV than 10 years ago, by a factor of five. And it is high quality.

”We are truly in the Golden Age of TV. And people are watching more hours of TV than ever before. People talk about ‘cord-nevers’. They’re wrong: It is pay-nevers that we should worry about.”

Peled added that the myth about youngsters watching content on their smart phones is incorrect. “They are ‘casting’ video to a larger TV set. Content owners have to monetise this or the industry will disappear. We also have to ask ourselves if some of these so-called fringe industry content aggregators going to win.

”My argument is that if today’s pay-TV players truly embrace IPTV then we are in a unique position to help them. We think we can do this today for 40-50 million homes, and ensure that the existing pay-TV providers become the winners.”

”We are truly in the Golden Age of TV. And people are watching more hours of TV than ever before.” Dr Abe Peled

“The telcos are increasingly concluding that their business is really all about broadband, and not so much on content. People like BT are trying sport, but realising that they’re making much more money out of broadband. Some people argue that consumers are going to start self-provisioning, by buying this or that extra stream. This is a dream, that people can be bothered to put together their own schedule from a zillion resources.

”One of our services is to do the job for them, by aggregating the metadata, unifying the services. So, if you are a telco you don’t have to buy content, instead surround that content and find the content that the consumer wants by convenience and choice and, by the way, add platform value.”

“Revenue protection is still key for us, and the new scourge is streaming piracy. One of my engineers configured an Amazon Fire stick, and it is good for just about anything I wanted!

”Indeed, I am less worried about the 14 or 15-year-olds doing the same thing.

”Our objective has always been to make it inconvenient and difficult [to pirate content] for people who can afford to pay. In the old days of satellite TV broadcasters didn’t worry massively about piracy as long as the numbers joining continued to grow.

”When that growth stopped, they worried about piracy. It is the same with Netflix, and they’re worried about credential sharing, and it is harder for them to detect. They need more sophisticated analysis to detect if the viewing demand comes from a genuine subscriber. We’re busy in this space.”