In the second part of IBC365’s look at coverage of the coming English Premier League season, Adrian Pennington writes on the impact VAR and piracy will have on the League. 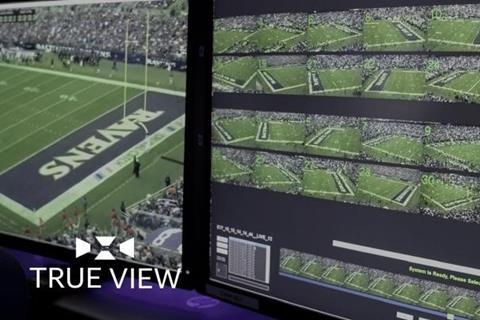 The new season of the English Premier League will kick off on Friday (9 August) but, having splashed out millions on the rights to show football’s most popular competition, broadcasters are facing several unique challenges.

The 2019/20 season will see the League’s first deployment of Multi-perspective punditry, with three clubs having installed tech that could offer a unique view of the game if utilised correctly.

Only introduced towards the end of last season, Intel’s True View camera technology could provide another angle – or multi-angles – for BT Sport and Sky punditry.

The Emirates, Anfield and the Etihad Stadium are the three stadia to have installed the 38 x 5K cameras that ring the pitch (in a deal with Intel) and allow for footage to be viewed from any angle – including from a player’s perspective.

The system uses the UHD cameras to capture volumetric data which Intel servers then process to generate three-dimensional replays from every angle.

Intel describe this as recording the “height, width and depth of data to produce voxels” or pixels with volume.

One of the applications is a laser wall, described by Intel as ‘a virtual plane giving viewers a clear picture as to where players are positioned on the pitch’. Another function can freeze a moment in the match to let fans or analysts see the pitch from the eyes of a player. 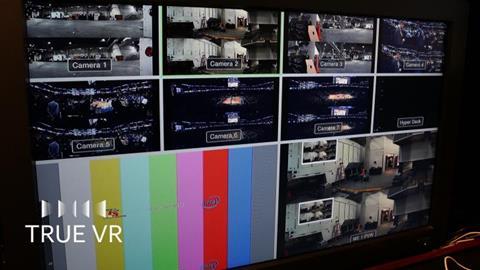 True View has already been established in the NFL and NBA, while six clubs in La Liga - including Barcelona and Real Madrid - also have it installed.

It could be a gimmick. It could find its way into the grammar of broadcast or in social media (as allowed in the deal signed between broadcasters, Intel and the three clubs) and it could potentially fuel further debate about the use of VAR which, as it stands, is only in 2D.

VAR makes EPL debut
Video Assistant Refereeing (VAR) made dramatic interventions in Tottenham’s Champions League semi-final victory over Manchester City as Raheem Sterling had a goal disallowed for an offside in the build-up, and was further used amid controversy during the FIFA Women’s World Cup.

Arguably the biggest change to officiating ever, VAR will be in play for every match of the top flight campaign. It will be allowed to clarify decisions on ‘clear and obvious errors’ or ‘serious missed incidents’ relating to goals, penalties, straight red cards and cases of mistaken identity.

Preparations included offline trials across all 10 matches played simultaneously on the final day of last season.

The remote VAR operation is based at IMG Studios at Stockley Park, site of the production and distribution by PLP and IMG of all the Premier League’s international programming, including the broadcast of all 380 Premier League matches. 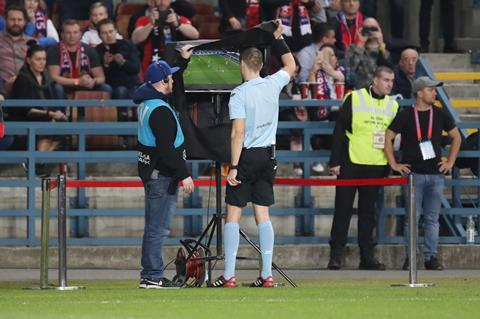 PLP has created graphics for display on giant screens at grounds to explain any VAR-related delay to a match, and any over-turned decision.

Additionally, if the VAR believes there’s a ‘definitive’ video-clip which helps explain an over-turned decision to fans, it will also be displayed. Fans at Anfield and Old Trafford may miss out however, due to a lack of big screen.

“For clubs which do not have giant screens in their stadium, VAR communications will be made via a combination of PA announcements and messages on scoreboards,” the Premier League said in a statement.

The PLP’s recently extended relationship with IMG until 2021-22 will also see 76 matches per season broadcast in 4K, more than 500 match promos, 50 pieces of short-form content and 40 hours of magazine shows produced per week.

PLP also provides satellite distribution and onsite services for all matches and programming and connectivity to all 20 Premier League grounds and training facilities via IMG Studios.

The head of the Professional Game Match Officials Mike Riley told Sky that the aim is to make VAR checks in under 30 seconds and, to reverse on field decision by around 90 seconds.

“Our challenge over time is to make that even less,” Riley said.

Piracy prevalent
Premier League football clubs are losing up to £1 million per game in pitch-side advertising and kit sponsorship income due to illegal streaming, according to a report by anti-piracy specialist MUSO. Based on eight matches from last season, the report found each match had an average illegal audience of 7.1 million viewers, with more than one million of those from China. The other big markets for digital piracy are Vietnam, Kenya, India and Nigeria. The UK is 11th on the list.

Despite advances in technology, being able to detect pirated streams in real time and shut them down quickly can be difficult because many pirate sites do not operate out of a single IP address and are quick to restore access after a shutdown.

“With levels of 5G adoption expected to increase over the next few years, industry participants expect to see a rise in illicit streaming of content,” predicts a report published last month by Nagra and MTM.

The rise of video streaming over social media also needs to be watched since it allows for the quick spread of pirated material.