Lighting the way on colour accuracy and power

From the need to complement more streamlined productions to increasing emphasis on sustainability and control integration, the expectations of TV and film production lighting are increasingly extensive, writes David Davies. 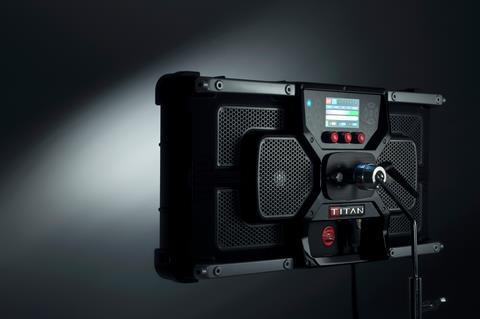 Production lighting: Is consistently a source of innovation in the TV and film industry

Although it rarely steals the headlines in the same way as the latest cameras or production systems, TV and film lighting has actually been one of the industry’s most consistent sources of innovation for many years. In particular, the adoption of highly efficient LED lighting technology has led to substantial reductions in energy consumption, resonating with a business that is much more aware of the need to minimise its carbon footprint than it was ten years ago.

But other factors have also come to exert a greater influence in recent years, including a move towards softer lighting in everyday news studio environments and a desire for greater accuracy in film production, thereby reducing time spent in post-production. Many manufacturers are also taking steps to enhance the multi-functionality of their products as well as their integration capability via support for control protocols such as DMX, which has long been prominent in the fixed installation market.

Right now, of course, filmmaking and non-news-oriented TV production have largely ground to a halt due to Covid-19, although there is a quiet optimism that activity levels could recover relatively quickly once the lockdowns are eased.

Eco-regulation impetus
The introduction of legislation and codes of practice affecting the entertainment and production industries has helped to dramatically increase the demand for high-efficiency lighting products over the past 10-15 years. The EU has been especially active on the issue and is currently proposing a fresh set of measures – including ‘eco-design’ regulations that call for reduced power consumption as well as standardised labelling about energy efficiency – that could be implemented towards the end of 2020.

It’s no wonder, then, that the demand for highly efficient LED lighting that is “designed to last is now becoming the norm for many areas of broadcasting, and the technology is developing at an incredible rate,” says Gammons. 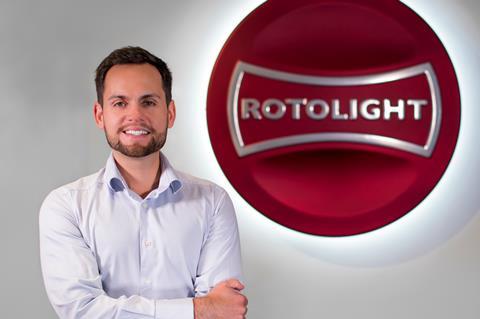 “But whilst LED has made considerable progress in reducing environmental impact, there is still a way to go on making production lighting as sustainable as possible. For example, filters that are still commonly used for diffusion or colour correction are disposable and increase the environmental impact and cost for film or TV production – not to mention the time and cost of installing them on each lamp. Whilst the move to RGB LED technology – which often now includes built-in filters – reduces the need for this, physical filters are still required to diffuse the light.”

It’s an issue that Rotolight has sought to address with its Titan X2 2x1 LED soft light product, which was launched at IBC2019. Gammons explains: “With the Rotolight Titan X2, not only does it include 1400 colour filters – eliminating the need for them on set – it also includes our SmartSoft technology, which wholly eliminates the need for any colour or diffusion filters in studio. They can also be controlled over wired/wireless DMX.”

The emphasis on “streamlining” the working processes of lighting professionals is informed by a continuing dialogue with the sector. In the case of Titan X2, “we consulted with broadcasters, gaffers and DoPs during the design of this fixture in great detail to see what features and functionality they needed to resolve issues on set. What we found was a demand for a product that was going to save time, not just by providing the results they need and minimising post-production work, but also in its ease of use. The Titan X2 was engineered to feature time-saving innovations, but in an easy to use and accessible package that never requires you to read the manual.”

“Whilst LED has made considerable progress in reducing environmental impact, there is still a way to go on making production lighting as sustainable as possible.” Rod Aaron Gammons, Rotolight

The evolution of LED-based systems also means that it is easy to integrate them more deeply into the studio environment – hence the Titan X2’s built-in LumenRadio chip for wireless DMX control. “Being able to access all the key functionality with one touch, and even see a full colour preview of your selected filter on screen, saves a lot of time and therefore money on set,” says Gammons, adding that “it’s extremely exciting to think about where [this area of] technology will be in another 10 years.”

Demand for 2x1 soft LED panels
Another company that can attest to what Gammons describes as “incredible growth in the 2x1 soft LED panel market” is Litepanels. The company first announced details of its Gemini 2x1 Soft, RGB-WW LED panel in 2018, highlighting its ability to produce accurate white light and an extensive choice of control options.

Minimising energy consumption was also instrumental in the design of the panel, which allows the user to “daisy-chain up to four fixtures powered from a single outlet or circuit, [while] many existing 2x1 panels can only have three or fewer units powered on a single circuit,” says Litepanels technical sales manager Tim Duff. 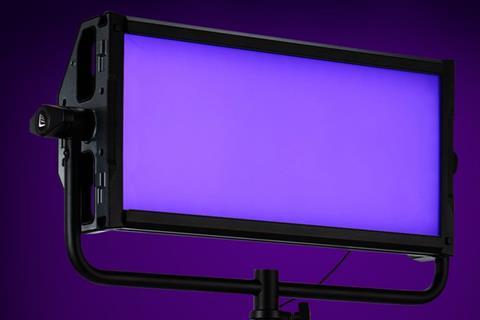 Litepanels: Minimising energy consumtion as well as maximising a lights versatility is at the heart of their Gemini

Building on the success of the Gemini 2x1, Litepanels introduced the Gemini 1x1 Soft LED panel in spring 2019. Geared towards the requirements and budgets of “independent filmmakers, on-location shooters and smaller studio productions,” Gemini 1x1 offers the same full spectrum white light as the existing product, along with every colour in the 360-degree colour wheel and plus/minus green adjustment in a single lightweight fixture.

Reflecting on the current direction of R&D, Duff pinpoints “the increased importance placed on a light’s versatility. Once it was acceptable for a light to be good for one specific application, emitting one colour temperature. Now lighting professionals require fixtures capable of producing the full gamut of colour temperature and saturation too. They are working with smaller crews, out of smaller trucks and with lower budgets, so it’s crucial that they can use any one fixture in a multitude of ways to light a scene.”

Duff also echoes the importance of “built-in wireless […] and other control features”. To this end, the Gemini 1x1 Soft augments onboard control capabilities with other control options including DMX, wireless DMX and Bluetooth, thereby making it easier to integrate the panel into existing set-ups.

Probable budget constraints
On the heels of a 2019 that is generally perceived to have been very strong for the sector, the current crisis around Covid-19 certainly constitutes what Duff describes as “uncharted territory”. Inevitably, “a vast number of productions have been shut down temporarily, although we expect production to ramp up quickly when the social restrictions are finally lifted. There is still a high demand for content, especially in times like these. […] Production should get busy quickly, which should help boost the lighting sector to meet demand.”

But there should be no doubt that “things will be different”, with more productions obliged to function in a financially constrained fashion for the foreseeable future. Duff concludes: “Productions will be budget-conscious and will probably need to implement social distancing practices on set. This will place [even greater] importance on wireless remote control as well as the price and the versatility of the equipment.”