Under increasing pressure from OTTs, R&D is more important than ever says the BBC’s Matthew Postgate and the EBU’s Antonio Arcidiacono. 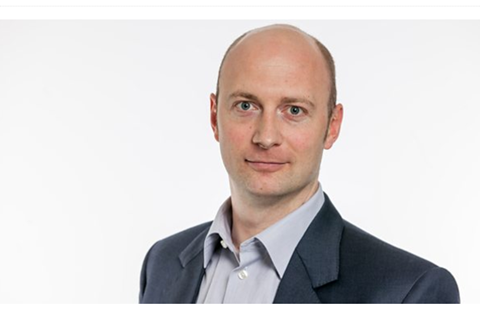 Matthew Postgate: “The BBC has managed to stay in the “sweetspot”.

Matthew Postgate, chief technology and product officer of the BBC, reaches for a tennis analogy to describe the current ambitions and achievements of broadcasting technology.

It’s about finding the “sweetspot”- the best place on the racket to hit the ball- and “it’s about staying in that sweetspot consistently.”

Postgate believes that despite the obvious financial pressures facing all public service broadcasters the BBC has managed to stay in that sweetspot and protect investment in research and development.

The policy consists of maintaining a critical mass of highly skilled engineers and investing in them over the long-term.

You also have to avoid coming in and out of R&D and “you can definitely spend too much money on R&D and run into the law of diminishing returns,” he believes.

“This is really one of the best times to have a critical mass, a relatively focussed R&D group. We have done the benchmarking and we are bumping along just above that critical mass,” Postgate argues.

“This is really one of the best times to have a critical mass, a relatively focussed R&D group” Matthew Postgate, BBC

The BBC executive is dismissive of fears that despite its historic achievements Europe’s public service broadcasting engineering and R&D will inevitably be outgunned by the technology giants of California with their thousands of engineers.

“People say how can we possibly compete with 5,000 Netflix engineers, 10,000 engineers allegedly working on Alexa – god knows what they are all doing,” says Postgate.

WhatsApp, he adds, was built with a couple of million dollars and 30 engineering staff.

The BBC’s strength, Postgate says, lies in having a small but very high capacity R&D group that has the “invaluable” advantage of being very close to front-line programme makers.

The main challenge for the PSBs of Europe is to invest enough to remain in control of their technical destiny and Postgate, a graduate of the dot com world with a politics degree, fears many European PSBs are failing to do that.

“I am very worried about PSB retrenchment from R&D and engineering generally and then they wonder why they are no longer in control of their own destiny,” the BBC executive comments.

“If you can’t look to your R&D investment somewhere in the low single digit percentages of turnover then you are not doing it. R&D should be the last thing you cut, not the first. It’s looking to the future,” Postgate adds.

It is a also a good time for the PSBs to compete against the tech giants because many of the core building blocks are already in place and can be bought as a commodity, plus there is the option of sharing through open source research software.

“R&D should be the last thing you cut, not the first. It’s looking to the future”

The BBC believes that “another creative arc is on the way on how media is conceived and made.”

Current work centres on networks - 5G, data and its effect on the economy - together with “multi-modal interfaces” and combining some of the impacts of voice control, plus facial and motion recognition.

Postgate also points to the future of “object based production” – the idea that you can deconstruct audio and video, something that could lead to new forms of more personalised production – for instance a food programme where ingredients can be swopped out depending on what the viewer has in their fridge.

“You deconstruct the idea of that show,” explains Postgate.

But of course you have to keep investing.

Collaboration is key
Over at the European Broadcasting Union in Geneva a great deal of thought in being given to how best the PSB’s can compete against the tech giants and the answer is more intense levels of collaboration and co-operation between member broadcasters.

Antonio Arcidiacono, who took over as the EBU’s director of technology & innovation a year ago, found “enormous competence in technology” among the EBU members.

“But there was not enough integration to the level I would have expected,” says Arcidiacono who spent nearly 30 years working for satellite operator Eutelsat in Paris.

In the past greater levels of integration were not seen as an urgent matter. It is now.

“We in Europe are confronted by a US wave, and China. The US tech companies have very large financial resources and they can invest in the short, medium and long term with the same amount of ease because they have large shoulders in terms of money,” the EBU technical director says.

At the same time there is a market with many players, from Netflix and Apple to Amazon and Disney in which content will once again become very important while at the same time delivering new end-user experiences.

For Arcidiacono greater collaboration is also vital to raise the overall level across the organisation because EBU members are at different stages on the technology journey.

EuroVOX
Broadcasters such as the BBC, he notes, are already advanced in online services while some European broadcasters have barely started on online and are still broadcasting in analogue.

“If I can integrate the force of all the members together I can have a reference point and they can take on the tech giants of California,” insists Arcidiacono who outlined one such project –EuroVOX- at his interview for the EBU job.

It is a platform using artificial intelligence to turn speech to text, text to text and text to speech- an automatic translation service to help deliver content with up to 98 per cent accuracy then tweeked by human intervention. 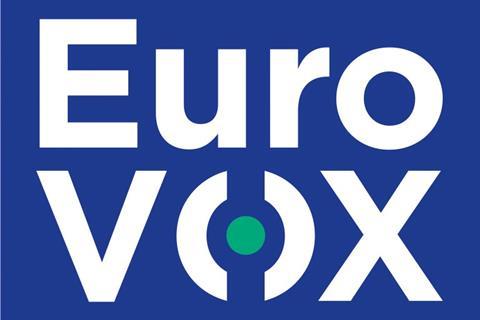 Ten large EBU members including the BBC are involved.

“To help deliver content for any language to any language. It is something that is very important for news and drama and could be spread worldwide,” predicts the EBU technology director who describes himself as a European of Sicilian origin.

The first public demonstration is scheduled for IBC 2020,

At this year’s IBC the 5G MAG action group will launch its work on the standardisation of 5G for broadcasting after extensive trials.

“This is becoming mainstream. The end user will not know where the content is coming from but we will be able to guarantee quality and deliver content to millions of people, football, news, any content from one to the many,” the EBU director explains.

A group of EBU members including ARD in Germany and SRG in Switzerland have developed PEACH a system of recommendation and personalisation using data science management for online services.

“The EBU has very high quality people – it is a matter of putting them together and going in the right direction” Antonio Arcidiacono, EBU

“I am optimistic because we have very high quality people not only at the EBU in Geneva but among our members. There is knowhow - it is ‘just’ a matter of putting people together and going in the right direction and not each one in their corner developing something which then has no critical mass,” says Arcidiacono.

‘Aggression and navigation’
Consultant Guy Bisson, research director of Ampere Analysis, has a different view of how to compete with the services of the multi-billion streaming companies which have already done so much to change viewing behaviour.

The technology to deliver is already there and available to anyone so fundamentally, he believes, it is about an effective competitive strategy not a technological one.

“I think the next frontier, the next technological issue, or threat for everyone involves aggregation and navigation,” says Bisson.

The challenge is to aggregate for consumers the huge expansion in available services, unifying an application across them and make it more like a traditional television viewing experience.

Bisson believes that in their home markets the PSBs can absolutely compete.

“If they (the PSBs) can solve the navigation and aggregation problem and deliver compelling local content, which they already have, I think they can compete,” says Bisson.

The good news for public service broadcasting is work is already advanced on some of the technologies needed to make endless choice more like a traditional television viewing experience.