With many in the broadcast equipment sector flocking to Dubai for CABSAT, the IABM has produced a regional report on the Middle East and Africa. 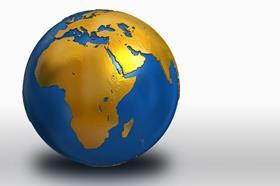 The Middle East and Africa (MEA) is a vast region, home to many different ethnicities and nationalities. It includes countries such as the GCC (Gulf Cooperation Council) states that have living standards comparable with North America and Europe. The standard of living in many countries in Africa lags behind most of the world’s and its technology infrastructure is largely underdeveloped.

The transition to digital broadcasting represents the most important driver of broadcast and media technology spending in Sub-Saharan Africa with other transitions (HDTV, 4K/ UHD, OTT) still at early stages. Due to these differences in development, while describing the Middle East and Africa region, we will often make separate observations for the Middle East and North Africa and Sub-Saharan Africa.

Geopolitical turmoil has done little to promote business confidence in the region.

However, the situation continues to improve in certain nations as governments adopt policies promoting business and investment to encourage development.

The Middle East and Africa region has a large proportion of countries that rely heavily on oil revenues to fund government spending. As many broadcasters in Middle East and Africa are state-funded, the decline has had negative effects on the broadcast and media technology industry. In fact, some broadcasters backed by state aid saw their budgets cut following the decline in oil prices.

Despite these challenges, the Middle East and Africa region remains an attractive business opportunity for broadcast and media technology suppliers.

It is predicted that the TV market – representing revenues for broadcasters and media companies – will grow significantly between 2016 and 2021, mostly driven by Sub-Saharan Africa, which is set to be the world’s fastest growing TV market in the next five years. Online video revenues, which still represent a small share of the overall broadcast and media marker, are though predicted to triple by 2020.

Growth over the next few years will be largely fueled by the GCC countries, where pay-TV penetration is currently at about 60%. North Africa lags behind the Middle East due to the economic and business climate, with pay-TV penetration in countries such as Egypt at 3%, but remains an attractive prospect for growth. Sub-Saharan Africa also continues to see growth in pay-TV subscribers, primarily driven by South Africa and Nigeria.

The primary delivery method in the region is satellite with IPTV on the rise, particularly in the Middle East and North Africa. SVOD is not widespread as low broadband penetration and quality still challenge its development. However, the situation in some countries is expected to improve in the coming years as governments roll out national broadband plans.

Poor payment infrastructure is also a constraint to SVOD development. Advertising is currently the most successful business model in the Middle East and North Africa, however SVOD is predicted to gain ground over the coming years – eventually overtaking advertising.

Piracy remains a major challenge in the Middle East and Africa. A report by International Data Corporation (IDC), estimates the cost of illegal content distribution for the industry at more than $750m in this region.

Although Middle East and North Africa is home to many expats, a driver for foreign content, localised Arabic content is of equal importance. Due to this, subtitling and dubbing represents another challenge in the Middle East and North Africa as viewers, particularly in the GCC states, are mostly expatriates and demand content in a variety of languages and dialects. Netflix has recognized the importance of Arabic movies and content, with plans to produce an Arabic TV series.

The region has a diverse population, home to many different nationalities with different income levels, so a one-size-fits-all approach will limit market reach. Branding and acquiring premium content rights is important to engage a wider audience and stay ahead of competition. A recent Ipsos report highlighted that in the Middle East and North Africa consumers struggle to identify online or mobile video platforms – consumers who are able to are most likely to mention YouTube. 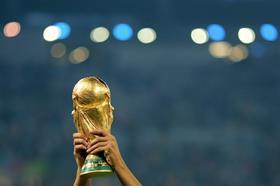 The 22nd edition of the FIFA World Cup is scheduled to take place in Qatar in 2022, and this will arguably drive broadcast technology spending in the region, despite the small size of the host country. The development of a 25,000-kilometer fibre-optic IP network covering the whole country may enable broadcasters to rely on IP-based broadcast solutions, which will arguably be more pervasive in live production by 2022.

The transition to digital broadcasting in the Middle East and Africa is still underway. In the Middle East, only Israel, Saudi Arabia and the UAE have completed the transition, while in Africa only Morocco, Malawi, Mozambique, Rwanda and Tanzania have done so.

As in the case of Latin America and many Asia-Pacific countries, there are several challenges.

One of the main constraints is the low disposable incomes reported in most countries in this region which make the replacement of old analogue equipment with digital set-top boxes or converters difficult to implement unless governments decide to intervene. 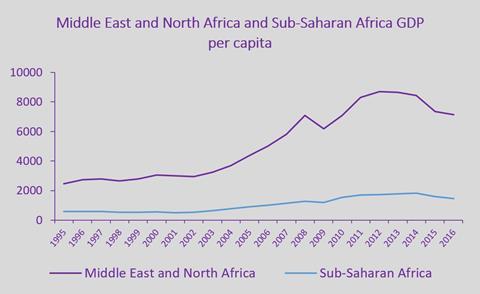 Intervention is often deemed not a priority by governments – which remain focused on other issues – due to the lack of revenues generated through this investment.

Some broadcasters do not feel compelled to go digital as they fear they would lose most of their viewers – who often cannot afford to buy the necessary equipment. Moreover, the absence of a local supply for digital equipment represents an important issue in countries with hefty import duties.

Exchange rate volatility has caused numerous African currencies (notably the Nigerian Naira and the South African Rand) to depreciate against the US Dollar in both 2016 and 2017, making the purchase of digital equipment from foreign suppliers even more costly. Due to this, there is very little or no return on investment. This is not the case for Middle East countries as most of them have currencies pegged to the US Dollar.

Transition to HD and UHD

The transition to HD in the Middle East and Africa region is still at an early stage. While some countries in the Middle East and North Africa have made notable improvements in HD channel deployment, Sub-Saharan Africa is still grappling with the difficulties of transitioning its broadcasting infrastructure to digital. With developments in the transition to digital broadcasting, an increasing number of HD channels will be launched in Sub-Saharan Africa. It is worth noting that South Africa represents an exception to this trend.

In the Middle East and North Africa, increased HD channel growth has been driven by the expansion of satellite, which is the dominant transmission technology in the region. Both the number of HD channels and HD equipment penetration have grown significantly in recent years. GCC countries show greater than average HD adoption due to their higher level of disposable incomes. In contrast to developed regions, HD remains a differentiator relied on by Pay-TV operators to attract new subscribers. As Pay-TV penetration is still low (and piracy is rife), HD still does not reach a large share of the population.

In Sub-Saharan Africa, completion of the transition to digital broadcasting within the next four years will provide broadcasters the increased bandwidth efficiency needed to deliver HD channels.

HD channel growth will be mostly driven by satellite expansion. Increased adoption of advanced compression technologies such as HEVC and the decreasing cost of satellite bandwidth will act as catalysts for increasing HD channel growth in this region.

The adoption of UHD in the Middle East and Africa region has been limited to some rare cases so far. These include major Pay-TV broadcasters in the Middle East and North Africa looking to have a competitive edge over their rivals. Overall, UHD does not represent a significant spending driver for this region.

In the Middle East and Africa, OTT penetration is still at low levels due to constraints such as broadband quality, payment infrastructure, low disposable incomes and piracy.

According to 2017 ITU data, the proportion of internet users stands at 43.7% in the Arab States

compared to 21.8% in Africa. Moreover, the Arab states and Africa stand out for the lowest fixed-broadband subscriptions compared to other regions, with Africa at 0.5% per 100 inhabitants and the Arab states at 3.7%. As far as broadband speed is concerned, Akamai’s State of the Internet Report shows that average connection speed in GCC countries such as UAE and Qatar is about 10Mbps while in less developed African countries can be lower than 4Mbps (the recommended speed for streaming HD quality video). 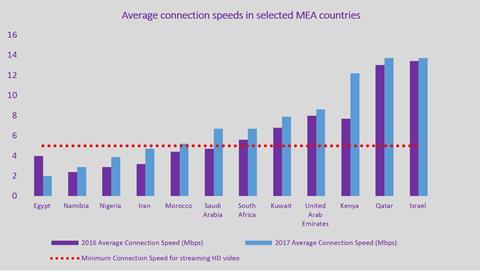 In the Middle East and North Africa, the local pure-play OTT operators are Icflix and Istikana, launched between 2011 and 2013.

These services follow the Netflix model with a stronger focus on local content. Interestingly, to circumvent the problem of low credit card penetration, many SVOD providers have provided payment methods through mobile billing, thus avoiding the need to use debit or credit cards.

In Sub-Saharan Africa, there were no relevant OTT initiatives aside from the presence of Netflix. However, recently Iflix, an-Asia based VOD service, launched in Nigeria, Zimbabwe, Tanzania and Kenya – it is already available across the Middle East and North Africa. Iflix wants to position itself as an alternative to pirated content, offering a subscription at $2.50 a month – the price to purchase a single pirated DVD. The company will invest in local content and originals to gain traction in the region.