On the road with Baby Driver

Edgar Wright’s action and crime drama Baby Driver redefined the cinematic post-production workflow with the integration of music storyboarding from start to finish.

The film pivots around the soundtrack, which underpinned the production and editing process, explained ACE editor Paul Machliss.

“It is a film full of music, the integration of the two is quite unique,” Machliss said in a presentation with Avid.

Director Edgar Wright and Machliss previously worked together on The World’s End and Scott Pilgrim vs. the World. 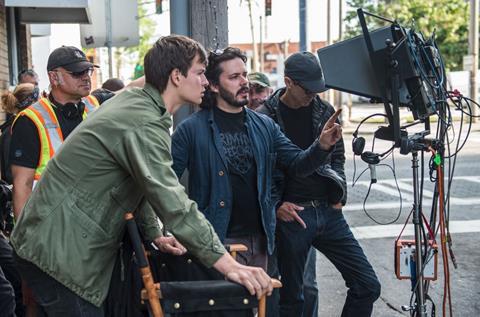 Wright and Machliss worked on refining the workflow processes that were to be used on set for Baby Driver, with Wright selecting the music for the soundtrack years earlier when he had written the script.

”We’d spent several years on and off working on Baby Driver, between separate projects.

”Prepping and getting ready, making tests and ensuring sequences would work with the proof of concepts,” Machliss said.

Making a movie around a playlist

Machliss explained the role music played in the storyline helped speed up the editing process and was critical to the film’s success.

He said: ”We knew that was going to be a big deal in order to make the visuals and images work with the music but also create a production that didn’t feel like a musical where everything is heavily choreographed.” 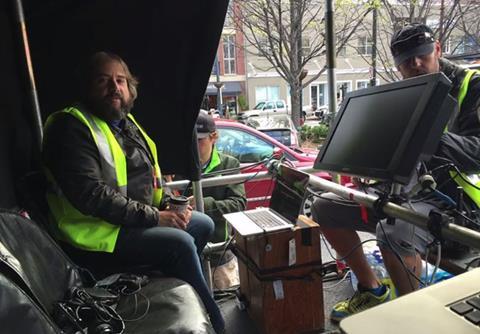 Paul Machliss editing on the set of Baby Driver

Machliss was on set everyday working side-by-side with Wright through the takes to immediately cut and edit the clips, a process that was particularly important for the car chase scenes, which Machliss explained.

”Baby Driver is the ultimate expression of the way Edgar Wright and I work together.”

Machliss said: “In order to make the scenes work you had to be there at the moment of creation, you weren’t in a post-production van or off to the side.

”For practical purposes, I needed to be connected to video assist but I was there every day of every take.”

The art of post-production was completely intertwined with the moment of production.

The aim of adapting the workflow was to create the perfect scene timed to the beat of the song in sync with the storyboard was absolutely accurate down to the second.

”Wright wanted me on the side of the road editing as we were filming.”

”Shooting car sequences is technical, the car itself is on a low loader with the cameras attached to the low loader. Wright wanted me on the side of the road editing as we were filming.”

Machliss was often positioned next to Wright during filming, he said: “I could immediately grab the shot on video assist and put the scene together at exactly that moment.” 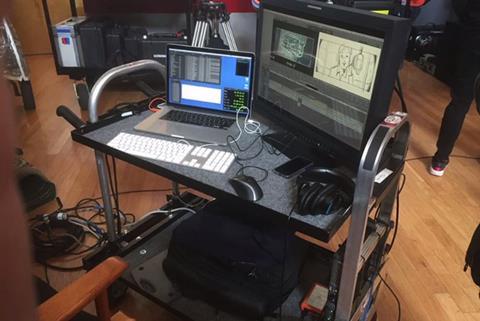 The storyboard  - running on a lower media layer of the Avid Media Composer system used by Machliss - played an important role throughout the production and post-production process.

The entire film was mapped out on a storyboard including dialogue and music scenes, as the core of the entire film.

Machliss explained that because of the role music played in the movie, filming and post-production could only be approached in this manner.

The interview was conducted at an Avid presentation during NAB.