Over the past several months, it has become clear that, in many ways, far from being a distinct sector, the satellite industry is a microcosm of the larger broadcast industry in which it operates.

If the only problem companies in the broadcast satellite sector had to contend with was the bit growth – and thus demand for greater bandwidth - resulting from higher resolution (UltraHD), superior colour accuracy (HDR) and immersive sound (e.g. Dolby Atmos), their lives would be relatively straightforward. 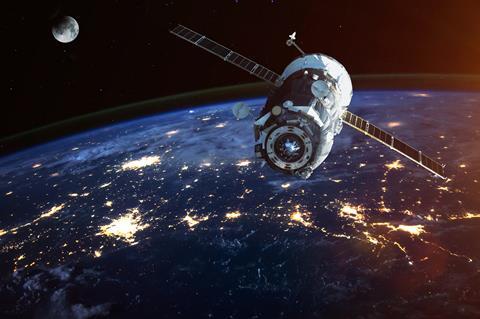 That they’re not is a function of a phenomenon – well in evidence at IBC2018 – that the satellite business is now about so much more than delivering what used to be called ‘television’.

With the meteoric rise of OTT (revenues up in 2017 by 41% over the prior year to close $12 billion, forecast by Convergence Research Group to reach $16.6 billion this year and $25.6 billion in 2020) and the ‘land grab’ for the whole home on the part of many operators, it’s no longer just about filling screens.

The black cube in the corner of the lounge is no longer a mere set-top box – it’s becoming a significant communications gateway through which all a household’s data will pass.

Market forecasting is a notoriously precarious business, but Intel says there will be 50 connected devices per home by 2020. That seems somewhat more realistic than Gartner’s 2014 prediction of upwards of 500. Alternatively, Statista says there were 15 billion IoT-connected devices in 2015; 23 billion this year; and over 75 billion by 2025. The specific numbers don’t really matter: what matters is only the phenomenal growth we can expect in network traffic. And much of that will travel by satellite.

Awash with bits
Satellite fleet operators are, of course, already gearing up for a future awash with bits. IBC saw Arabsat, for example, signing up for the Newtec Dialog platform with a variety of Newtec’s DVB-S2X wideband modems as it looks to new high throughput satellite services in MEA, including enterprise and VNO services, IP trunking and mobile backhaul for 3G and 4G services.

Also eying that same requirement for high bandwidth connectivity is Newtec, who brought their newly-announced MDM5010 satellite modem to IBC. Said to be capable of handling more than 500 Mbps of traffic , Newtec believes it enables network operators to set up almost any type and size of network on any available satellite. It supports a range of IP services, including Internet/Intranet access, VoIP, backbones for mobile backhauling and trunking to fibre restoral/backup services, contribution and multicasting services.

Another company addressing the need to move an ever-increasing number of bits is Rohde & Schwarz with its R&S PKU100 Ku band satellite uplink amplifier, which began shipping during the summer.

No resistance
The other future for which everyone is gearing up is an all-IP future – and a future in which multi-screen is the standard. 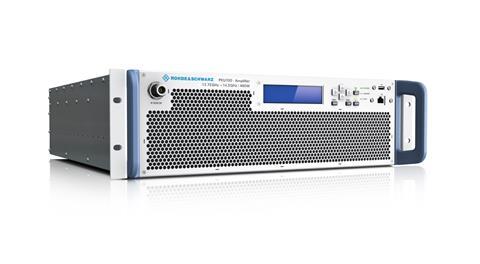 In Amsterdam it was clear that there can be no resistance to either phenomenon. In response, Eutelsat has announced CIRRUS, a hybrid satellite-OTT delivery solution. It is designed, says the company, to help TV operators better respond to viewers’ expectation for a flexible, seamless content experience across multiple screens. Through a dual offer of turnkey DTH services and OTT multiscreen delivery, the new service was developed to allow Eutelsat to further pursue the integration of satellite into the IP ecosystem, the company said.

There’s also the issue of time-to-market – increasingly, an important competitive advantage, not least as the barriers to entry into content delivery get progressively easier to surmount. What was interesting about the Globecast announcement at IBC2018 that it was partnering with Virgin Media on its new UltraHD channel for the UK was that the company elected to deploy Cinegy’s Air PRO broadcast playout engine, enabling it to build a “channel in the cloud” and launch far faster than would otherwise have been possible.

In a similar vein, SatADSL and Marlink announced a deal which will see SatADSL able to link directly to Marlink’s Newtec Dialog platform to provide high-bandwidth C- and Ku-band VSAT services across its coverage footprint. This will give SatADSL a global presence for the first time. What’s interesting here is that Marlink will be leveraging SatADSL’s C-DSP cloud-based service delivery platform - a Platform-as-a-Service (PaaS) solution, designed to support operators in delivering a full range of satellite-based connectivity services without investing in physical infrastructure. The cloud is certainly becoming more significant in the world of satellite operations.

Potential for disruption
A much-used word on the show floor at IBC – and not just among the satellite companies – was ‘agility’. In a fast-moving environment, adaptability and flexibility are the watchwords. Interesting here has been the entry – some might say re-entry – of Goonhilly, an iconic name to space-watchers in Britain.

The company said that it is looking to gain significant market share in the geo- broadcasting sector. This, it noted, would be against a backdrop of downward pressure on capacity prices, while high-throughput satellites are adding data volumes and TV habits increasingly favour OTT services. Goonhilly, however, sees potential for disruption, and said that it would adopt an agile approach, challenging traditional models, and working with partners to open up new value-added services.

Grappling with the explosion in bits that need to be moved, and the bandwidth that needs to be available to do so, is a problem that affects not only those in the satellite business, of course: it permeates the entire broadcast ecosystem.

Similarly, the transition to IP and the need to support a multi-screen experience is exercising almost every participant.

Our industry is edging its way forward into a future that is both challenging and exciting, and that is forcing almost every player – and that’s far from limited to satellite companies - to reimagine their role. At least one major satellite operator was clear: to compete in the future will require more than managing chunks of metal orbiting the earth – it will require them to reinvent themselves as a communications company, with all that that entails.