Risks and challenges emerge as satellites grow from hundreds to thousands

Typically, the world’s main satellite operators launch about 20 communications spacecraft into orbit each year. Some are placed to capture new business, while others replace satellites that have reached their ‘end of life’.

This year SES will place six major satellites into space, a much busier year than usual for the Luxembourg business. However, this is just a fraction of the many thousands of new satellites planned for launch between now and 2019-2022.

The new satellites come with some extremely wealthy patrons. For example, Intelsat is in the process of merging with Jersey, Channel Islands-based OneWeb with financial input from Japanese telco Softbank.

OneWeb is now in the process of building a brand new factory in Florida in partnership with Europe’s aerospace giant Airbus Defence & Space. The initial aim is to build about 648 smaller (each about 200 kgs) satellites, but to eventually ramp up with another 1972 craft orbiting at 850 kms in Low Earth Orbit (LEO). In March 2017 OneWeb applied to the FCC for permission to launch an additional 2000 satellites in a mix of LEO and Mid-Earth Orbits (MEO). 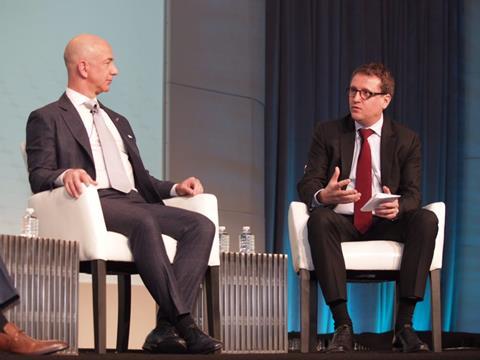 OneWeb’s aim is to girdle the planet with highly accessible broadband bandwidth, and to have the first cluster of satellites in orbit by 2018. Virgin Galactic is a minority shareholder in OneWeb, as is Airbus, and it is likely that some satellites will be launched aboard Sir Richard Branson’s rocket plane, while other will be orbited by Arianespace.

Google is also talking of ‘thousands’ of new broadband satellites, while about a dozen other would-be operators have filed applications with the USA’s Federal Communications Commission (FCC) for permission to launch new constellations.

The Google plan comes from a link between billionaire Elon Musk and his privately held SpaceX rocket company, and Google. Google invested $1 billion in SpaceX in 2015 and it has now emerged that Musk’s plan – with Google – is to build and launch a spectacular 4425 satellite constellation for a proposed global internet service. The duo has a patent filing with the USA’s Patent & Trademark Office (filed last September) which calls for two different sets of satellites orbiting at different altitudes and with different inclinations. The higher-orbits cover more ground, while the lower orbit supplies greater capacity.

Google’s plan is to create a satellite constellation that will cover and reach the entire globe, and use one of its subsidiaries (WebPass) to seamlessly connect users wherever they are with wireless high-speed internet (as does Intelsat/OneWeb, of course).

But there’s more. LeoSat has Mark Rigolle heading up its team, and has Thales Alenia aerospace on board. Rigolle was CFO at SES, and the first CEO at O3b (see below). LeoSat’s scheme is to launch up to 108 satellites into a LEO orbit, and specifically targeting businesses and users who need spectacular connectivity using its on-board laser communications and thereby shave milliseconds from ‘normal’ latency.

The launch industry is rubbing its hands and is beginning a large-scale ramp-up of new business, while other rocket builders (in Russia, Japan and India) also have launch aspirations

Using laser-linked beams, LeoSat will be significantly more secure than conventional wireless links. It has already signed up one global financial trading company as a debut customer. LeoSat stresses that it can deliver data from (say) New York to Tokyo in under 130 milliseconds, while a conventional fibre link takes about 250 ms. On such tiny speed savings are millions made! First launches are scheduled for 2019, with services introduced in 2020.

O3b targets the ‘other 3 billion’ unserved or underserved consumers who want broadband connectivity. It already has 12 satellites in MEO orbit, and will have an additional 8 in orbit by 2019, and is promising more as business ramps up. O3b is now owned by SES of Luxembourg. It has already secured some impressive contracts in such far-flung places such as Papua New Guinea and the Cook Islands. 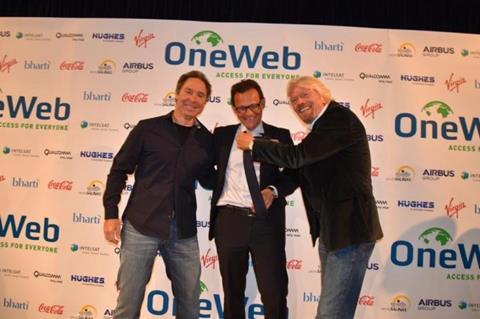 However, perhaps its greatest coup is attracting well-heeled cruise ship passengers! The massive Quantum of the Seas vessel, operated by Royal Caribbean International, was an early customer. ‘Quantum’ typically has 6300 passengers and 2165 crew on board, and they now have impressive 600 Mb/s connectivity via extremely fast WiFi that’s also good for video as well as every-day texting. O3b has since been added to each of Royal Caribbean’s fleet.

These well-funded players might all succeed with their plans, but the plans also create a massive headache for the satellite launch sector. How is an industry more used to 20-30 launches a year begin to gear up for systems that need hundreds of satellites to be launched annually? Sir Richard Branson thinks he has one solution, as does SpaceX with its reusable rockets. But so does Amazon founder Jeff Bezos, who also wants to re-use his Blue Origin suite of rockets on a near-daily basis. Bezos says he can build highly-reliable rockets. Recover them, service them for a target $10,000 each time, and refuel in a speedy fashion.

The end result, even allowing for a few applications to die because of funding challenges, is for thousands of new satellites to be launched over the next 5 years or so.

The launch industry is rubbing its hands and is beginning a large-scale ramp-up of new business, while other rocket builders (in Russia, Japan and India) also have launch aspirations. By IBC 2017 the occupiers of Hall One at Amsterdam’s RAI should have more detailed plans in place. 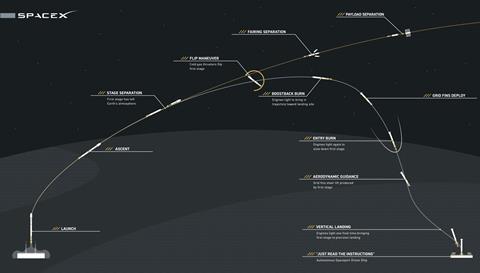 From launch to landing: How SpaceX recovers its rockets