Are we ever going to plunge into being simply an IT industry? George Jarrett looks at the radical changes in skill sets needed as the industry transitions away from the linear broadcast model. 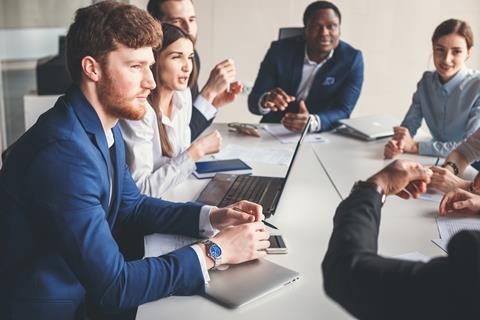 ’Broadcast’ or ‘IT’ industry?: Evolved skill sets and talent need to be considered

With the industry in flux, reductions in manpower are directly related to keeping running costs down, as media companies seek agility. Their focus is fixed on creating content for multiple platforms and moving to the cloud.

Add the fact that skill sets are changing with the move to IP and IT technologies, and many once-promising ‘broadcast’ careers are sunk if re-skilling is not an option.

The industry shuddered when Canal+ cut its workforce by 500. Lorenzo Zanni, head of insight and analysis at the IABM, has a strong overview of the sector.

“Some of the changes are being led by pure cost-cutting due to competitive pressures or government intervention – in the case of publicly funded broadcasters,” he says. “Other changes are more structural, due either to technology or business shifts.

“The move to Cloud and AI is leading to automation and/or redundancy within functions such as playout,” Zanni adds. “There is much more emphasis on coding and IT skills throughout the content chain. Regarding the business shift, the move to direct-to-consumer models is driving change in business skills – from B2B to B2C – and impacting particularly on content monetisation. This is another big change.”

Retirement packages
Zanni believes that production is less impacted though still influenced by the general move to IP/IT.

His IABM colleague, CTO Stan Moote, adds: “The Canal+ layoffs were a big blow, especially after its great upgrade.

“People of broadcasting age - more and more are taking early retirement packages. This has impacted on-air operations, as they have lost the people that know how it works,” he added. “This comes down to executives believing it is all about content. Perhaps they are correct; it is difficult for the IABM to say, as people don’t seem to re-skill much.

“On the creation side, they can’t keep up with the work, and this clearly involves all ages with various talents.”

Michael McEwan the DG of the World Broadcasting Unions (and DG of NABA) makes the case for “true engineers”. He says: “Constant learning and re-skilling has always been a necessity, however with new types of operations, their field and scope of work is narrower.

“With all the consolidation there have been job losses due to ‘efficiencies’ of combined functions,” he added. “That’s challenging enough but when added to the rapid change from broadcast technologist to IT specialist starting to take hold, there is increased disruption and clashes of culture.”

”As an industry we badly need some case studies and modelling of what the re-skilling process looks like”, Mark Harrison, DPP

Retraining a workforce while desirable is sometimes unfeasible.

McEwen says these issues are a common talking point for his Technical Committee and Board. “We’re all sensitive to it and spend considerable time exploring best practices and shared experience,” adds McEwen. “It truly is the point where the needs of the linear service and the streaming, OTT, and demand services bang their heads. Getting this right is the priority.”

McEwen’s colleague John C. Lee, chair of the technical committee at the North American Broadcasters Association (NABA) adds: “While the industry in North America has experienced massive consolidations, it is facing operational challenges with respect to launching OTT services.

ATSC 3.0 is a “pure IP set of standards as well” so staff have to make a “rapid migration from the world of HD-SDI or RF to IP,” he explains. “In addition, for broadcasters who wish to retain or attract qualified staff, they are in competition with the FAANG giants, which are perceived as more ‘modern’ industries.”

People skilled in data science
Anssi Komulainen, chief innovation officer, media with the Finnish Broadcaster YLE says: “First of all, we decided to shift focus from broadcast to digital as a whole. So I think the issue is, what does it take for a broadcaster to transform into a digital media? And what does it mean to be in digital media?

“Media production, curation and publishing will continue to require specific competencies, or skill sets, in the future,” he adds.

He doesn’t expect skill sets, in general, to disappear even though “we do operate in a more democratic playing field, with a myriad of content producers and platforms.” These are not only broadcasting one-to-many but rather in networks of personalised many-to-one communication.

This required a complete change in how YLE sees its business future.

“Media production, curation and publishing will continue to require specific competencies, or skill sets, in the future” Anssi Komulainen, YLE

“This is about how we see our role in these new ecosystems and how some of the established media houses are also able to make money in this new value network,” says Komulainen.

“The role of a broadcaster-turned-into-digital has more to do with curation, personalisation, data management and matching its user with the content he/she needs, better than other digital services,” he adds. “And this, of course, requires us to have a better understanding of our users’ lives, habits and the contexts in which they use media. So I am guessing we need fewer skill sets related to studio technology, cameras and trucks - and more people skilled with data science, data engineering and analytics.”

A second conversation
Mark Harrison, MD of the Digital Production Partnership (DPP) believes there is now a lack of people with broadcast engineering skills and that cohort is getting older, meaning the industry needs a hybrid engineer.

“A lot of that debate is not about inherent technical ability,” explains Harrison. “Often it comes down to views about the depth of understanding of the broadcast and media environment. There is a second conversation that has emerged in parallel to the balance between IT and broadcast skills, which is the balance between operational skills and business skills.

“I have heard people talk of the need to create completely hybrid kinds of roles which currently don’t exist,” he adds. “They cannot advertise them because they don’t have a skills profile to target.”

There is a completely new kind of role, where people understand how content is created and distributed, plus they must be aware of all the business propositions around that content. Should re-skilling be a big thing, and do small media companies transition fastest?

“I would like to hear an awful lot more detail from those who talk about re-skilling. As an industry we badly need some case studies and modelling of what the re-skilling process looks like,” answers Harrison.

“As an industry we badly need some case studies and modelling of what the re-skilling process looks like” Mark Harrison, DPP

“In some respects, it may be easier for small companies to skill their business as it grows. That is deciding what kind of extra people you need to employ to be successful, versus trying to re-engineer the business and having to think which of the people you have already got that you still need,” he adds.

The first was with the CEO from a major broadcaster. In its transformation program – moving operations to the cloud and to software – they had to partner with service suppliers who had huge skills in those activities, but from other sectors, he explains. “They also had to use costly consultants, but on balance that was a better route than turning to a broadcast supplier.

“Second was a respected person from an IT background. He observed that the Internet way of working has invaded the media industry. We have had terrific successes, but he could not help but notice what is most successful in our industry is still the random creativity from humans,” he adds. “Amazing ideas for content would never be created out of analytics by a bunch of IT people.

“The ripple effect through the industry has historically been about the primacy of the creative impulses, and it has been hard to overstate,” he continued. “What we don’t know of the future is to what extent we will have that ripple effect, or will we find the creative person is going to hand off the creative product to a machine.”