The Rugby World Cup has brought production in-house for the 2019 World Cup. As the tournament kicks off in Japan, Steve McCaskill finds out what innovations will feature at RWC2019. 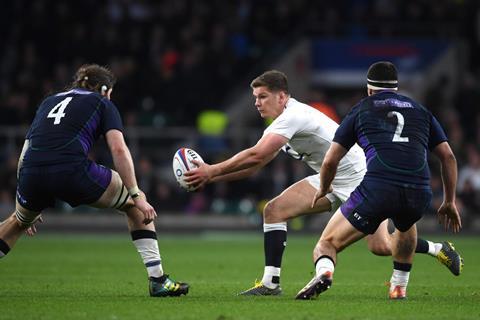 The 2019 Rugby World Cup is the ninth edition of the tournament, but it is the first to be staged outside the sport’s traditional strongholds in Europe and the Southern Hemisphere.

Although hosts Japan have played rugby union for more than 100 years, the country is still classified as a ‘tier two’ nation by the sports global governing body, World Rugby.

The decision to bring the showpiece event to the country was motivated by a desire to grow the sport – both in Japan and beyond. Attracting interest in the host nation been essential to generating ticket sales, which have been encouraging. Indeed, 0.6% of the Japanese population, or 800,00 people, are expected to attend at least one game.

However, there is also a need to find new audiences among those who will never go to a rugby game. That’s where content – both through television and digital platforms – is critical.

Growing an audience
“Big events like the Rugby World Cup and the Olympics [where Rugby 7s is a medal event] are your one chance every four years to use a shiny event to drive growth in sport,” says Alan Gilpin, COO of the Rugby World Cup. “The first way events do this is unashamedly through revenue – as [money] grows the game] but it’s also about reaching an audience.

“It’s the big events that find the fans that don’t follow the sport all the time. We need to find out how we reach a non-traditional rugby audience and how we keep them interested. Ticket sales have been great, but the next challenge is TV and digital.”

“We need to find out how we reach a non-traditional rugby audience and how to keep them interested” Alan Gilpin, Rugby World Cup

The opening match between Japan and Russia could reach 40 million people live in Japan, adds Gilpin. “It’s about making sure [the broadcast] is compelling for them. Then there’s the digital and social media piece – you need to make sure you have something ready to engage them after the event.”

The stated ambitions are to reach the largest television audience of any World Cup to date and to create new entirely types of content for social media and digital platforms.

On paper, Rugby World Cup 2019 is on track to achieve the former target, as World Rugby claims the tournament will be available in 800 million households in 217 countries – surpassing the figure of 683 million in 2015.

“We want to showcase Rugby World Cup 2019 to our entire fanbase and especially the 112 million fans in Asia,” World Rugby tells IBC365. “With the tournament hosted for the first time in Asia, the time zone will allow live broadcast to reach fans and future fans in the region, giving them a better opportunity to engage with our sport and eventually play it.”

Reach versus revenue
World Rugby’s approach has differed depending on the market and as ever it’s an exercise in balancing reach and revenue.

In the UK and Italy, all matches are free-to-air (FTA) on ITV and RAI respectively, while in Ireland and New Zealand, the majority of matches will be available via subscription services Eir Sport and Spark, with selected matches on RTE in the former. In Japan, it has two FTA partners in the form of NHK and Nippon TV, along with subscription service J Sports.

However, with rugby not always at the top of the priority list for broadcasters outside the heartlands of the sport, World Rugby will offer a streaming service for territories without a deal.

“We need to make sure that fans who want to find Rugby World Cup matches are able to do so – whether it’s via one of our broadcast partners, via our online services or post-match highlights,” explains World Rugby.

“Our objective is to reach over 800 million households and to facilitate this is a mammoth effort through both technology and by our team. Second, we need to make sure our platforms have adequate rights restrictions and geo-blocking in place to protect [rights holders].”

Going it alone
But perhaps the biggest change is the decision to produce this tournament in-house. Whereas World Rugby had previously worked with a host broadcaster – such as ITV in 2015 –the organisation has enlisted the support of International Games Broadcast Services (IGBS) for 2019.

The decision to go at it alone was motivated by a desire to take greater control of the broadcast and be able to try out new innovations that would create new types of content for all platforms.

One key difference is that more cameras will be used than ever before. Knockout matches will have 32 cameras, with the final and semi-finals having 34, with all other matches having between 23 and 28. This increases the number of creative options open to directors. 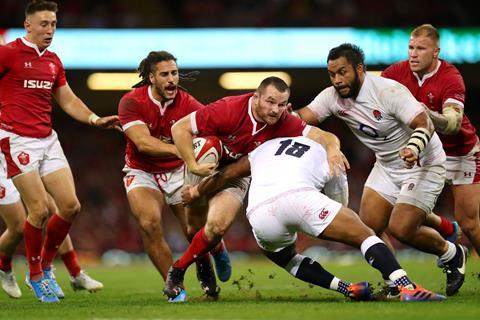 New innovations: ”34 of the 48 matches will be enhanced by augmented reality (AR) graphics”

“It depends on what the stadiums can handle as some aren’t built for a cable camera,” World Rugby replies when asked why some matches would have more cameras than others. “For knockout matches … we add some innovations like corner post cameras.”

Additionally, 34 of the 48 matches will be enhanced by augmented reality (AR) graphics, showing data such as team line-ups, player comparisons, match statistics and live tables. The limited number of matches with this feature is again because of stadium suitability as the AR graphics require a cable camera.

Coverage will also be available in multiple formats. Whereas the last World Cup came too soon for 4K, World Rugby will provide a UHD feed for broadcasters, while NHK will show matches in 8K for a domestic audience. The Japanese government has made 8K a priority ahead of the Tokyo Olympics next summer and NHK has held public trials of 8K with the BBC at the London 2012 games.

Social content and strategy
The additional capabilities afforded by these technologies will influence Rugby World Cup’s social output. World Rugby is set to deliver four times the amount of content produced four years ago, with behind the scenes insights, infographics and daily social media packages hoping to captivate audiences in between matches.

As is now standard practice with major sporting events, an official app with video highlights, games and other content is available to download.

“Additional content is much more important now than it was in 2015,” adds World Rugby. “However, technology and digital platforms are changing at such a rapid pace that it’s no longer relevant to benchmark yourself against a World Cup four years ago.

“For example, in 2015, we had 270 million video views on social media – which was a massive achievement at the time. However, at the Cricket World Cup earlier this year, a single social platform - TikTok - achieved over a billion views.

“Instead of setting an incremental metric of views, you need to think about relevance to the audience. We have to continually ask ourselves what we’re looking to achieve with that content.

“And for us, the additional content on social media – whether it’s highlights, the Daily Show or other social activations, needs to engage the audience and offer something relevant for everyone. From an avid fan to a casual viewer, we need to educate, entertain and build on an interesting narrative across all content platforms – social, digital and especially broadcast.”