China and North America will lead the market for streaming video on-demand services with subscribers set to grow to 743 million in the next four years. 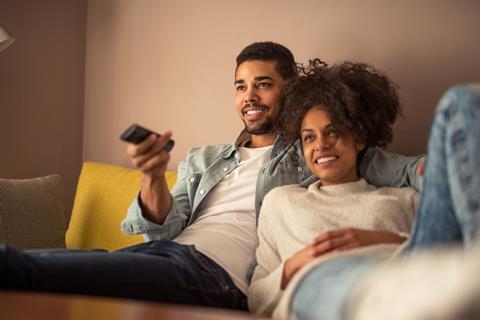 The number of subscription video on-demand (SVOD) viewers will surpass that of traditional broadcast TV with projected viewing hours per day, subscribers and revenue set to steadily grow.

Research from Rethink TV projects the 478 million global SVOD subscribers today will grow to 743 million over the next four years with daily viewing hours indicating that SVOD viewing is likely to match traditional broadcasting globally by 2023.

Regionally, Asia will see advertising video on-demand (AVOD) services as the most popular, while the US and Europe will have a flurry of competition in addition to the current favourite Netflix and Amazon options.

Some 26% of global SVOD subscribers will belong to Netflix, reaching a total of 194 million global viewers in 2023 and is estimated to remain the favourite service among audiences.

In the US, Netflix today accounts for 44% of subscriptions, but will only be 31% of the increased US subscription levels by 2023.

One of the new leaders to emerge from the battle for the US market will be Warner Media, under its new AT&T defined, freemium strategy reaching 29.6 million SVOD homes by 2023.

It is anticipated that Disney’s new streaming service will likely have multiple SVOD service types, but is predicted to struggle outside of the US.

According to the report, the end of 2023 it is expected that the US market will grow from 146.5 million subscribers to 236.6 million from a combined SVOD and virtual multichannel video programming distributor (VMVPD).

While European markets will see a combination of pure players including Netflix and Amazon in addition to US studios and local broadcasters stepping up to challenge the favourites along with regional offerings including Maxdome, Sky, Zattoo and Rakuten TV.

China is expected to skew the Asia-Pacific market forecast to amass 245 million SVOD subscribers, totalling 72% of audiences in the region with an average cost of $3 per month.

Latin American sees Netflix as the leader, followed by America Movil’s Claro TV and Televisa’s Blim, with US studios looking to play King maker there, the report concluded.

It noted the likes of the BBC, ITV, Channel 4 and Channel 5 cut spending on new UK-made television programmes, marking a 20-year low.

The TV industry must spend more on innovation if it is to survive growing competition in the digital world, warned Maria Garrido, chief insights and analytics officer at global agency Havas, last year during IBC.