The business case for creating and delivering UHD and HDR content

Production companies and distributors are tapping into “considerable” demand for UHD and HDR content.

Tracking down the target interviews for this feature wasn’t easy.

Indeed, Bertrand Loyer, the Managing Director at Marseille-based Saint Thomas Productions was especially difficult to pin down for this interview, apologising profusely for “being in the Canary Islands running after whales for a shoot”.

Of course, being at the back end of a camera rig while bobbing about on a boat in the Canary Islands sunshine might not be everyone’s idea of total hardship, but as Loyer reminds us, the object of the exercise is Ultra High Definition (UHD) and that creates its own set of challenges.

Loyer’s Saint Thomas Productions is well-known to some of the most prestigious natural history and factual broadcasters on the planet, including National Geographic and the BBC.

Saint Thomas worked with the BBC’s Natural History Unit production team on key footage for Planet Earth II, including the spectacular – and headline-making - scenes where bird-hunting Wels catfish come out of the water to grab pigeons in the river at Albi, in South-west France. 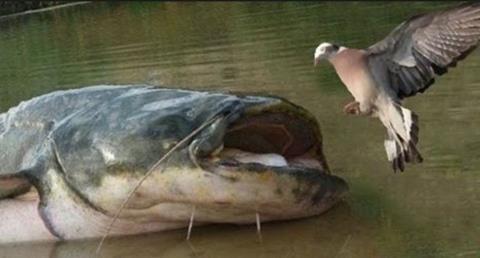 Loyer says that UHD, High Dynamic Range and even 8K shooting is key.

“These high-quality formats give us the opportunity to stay at the upper range of the factual offering in a very competitive international market.

”It gives us the opportunity to sell and show our programmes in territories where access has proven to be difficult in the ‘ordinary’ HDTV era.

”The VOD and OTT revolution will inevitably be the favourite media to make our shows available worldwide, so we have to stay at the cutting edge of the broadcast quality format.”

Saint Thomas Productions has a multi-discipline approach to earning revenue from its footage.Loyer says UHD has opened up new possibilities.

“We are discovering new clients (from VOD to IPTV platforms, for instance), as well as establishing new partnership with BBC Planet Earth II’s team as well as selling stock footage for feature films, reinforcing some bonds with long-term clients such as National Geographic.

“Overall, it is a question of image: our company name is a brand of quality, we could not miss the UHD revolution.”

Loyer says they produce everything in 4K/UHD RAW for television, and S3D RAW in 4K or 8K for IMAX and large-screen applications.

He said that he believes that – as the world is seeing – mainstream pay-TV broadcasters would be early adopters of UHD, and then VOD/OTT operators.

“Linear TV is under considerable pressure and clearly some broadcasters will shift high-quality programming to dedicated 4K channels. However, in my view digital terrestrial TV will, within 10 years, be supplying 4K broadcasts.”

“UHD, and in particular UHD HDR, will inevitably become the new standard, gradually replacing HD. It has a potential to accompany the demand of larger-sized screens in households, and create immersive experiences which can be shared.

”Whether you are a soccer fan or a nature lover, you want to see your favourite programme in detail which are as accurate as possible; the colour range and contrast should also match (and even surpass) the capacity of our human vision.”

Currently Saint Thomas has number of projects underway, not least focusing on so-called ‘killer’ seals, and another on deep-diving marine mammals.

But it is also heavily involved on giant screen feature films including one on snow and another, using CGI, on the recently-discovered giant feathered dinosaurs. 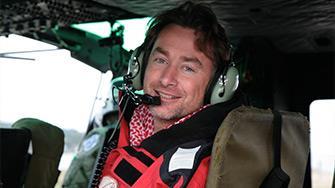 Loyer is not alone in predicting considerable success for the UHD sector.

Vivicast Media, a Memphis-based licensor and channel distributor, is currently supplying nine all-UHD channels to some cable and IPTV operators in the US.

President Stuart Smitherman says that the demand for UHD content – from consumers – is considerable.

“First and foremost is the sheer number of TV’s currently sold in the US that are UHD. The sales rate of UHD TV’s is about five times faster than the move from SD to HD – and the new technology is encouraging consumers to seek out UHD content.

”Although there may be some consumer confusion surrounding the difference between UHD and 4K, as the educational process rapidly unfold, consumers will demand content that shows off the new format – and their desire will no longer be limited to watching a Blu-ray disc in 4K.”

Vivicast is tapping into that demand.

“We license our channels on an individual basis rather than bundling them, reflecting the objective of cable and IPTV operators who prefer flexibility when launching 4K channels. 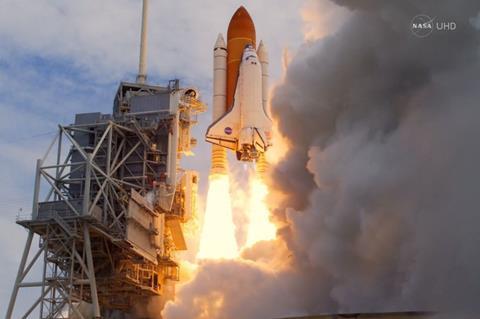 ”Throughout 2016, the operator consensus seemed to be: ‘there is no content,’ ‘we are not sure that 4K is going to take off,’ ‘the bandwidth is too high’ and ‘we do not have the set top box capabilities to deliver 4K.’

”In contrast, 2017 has seen the largest DTH operator in the US continuing to invest and deliver 4K content, while early adopters are commercially launching 4K channels to their customers. These developments have signalled a big shift in our discussions and questions have become far more focused on what type of content are in the channels that are offered by Vivicast.

”There is a lot more quality 4K content now available and with the current 4K channels currently being delivered in HEVC via SES satellites at 18 mb/s or less the bandwidth question is no longer such a huge deal. The STB industry has now also started to address 4K capability and these 4K STBs are starting to be offered.”

Smitherman says that UHD adoption is more a question of ‘when’ rather than ‘if’’.

“The advent of HDR – which provides picture quality that makes 4K even more spectacular – will likely follow a path similar to that of SD to HD conversion.

”As viewers become increasingly aware of 4K and HDR, they will want this image quality every day of the week across all of their channels. From my conversations with major broadcasters, there does appear to be a slight change in strategy and I think that late 2017 and into 2018 we will see a major network launch a fully programmed 4K channel, with the others following close behind.

”It is understandable that major broadcasters have shown reluctance with regard to becoming early adopters of 4K due not only to such technical issues as set top boxes in consumers’ homes but also from their previous experience with 3D a few years back.

”However, 4K does not carry with it the same obstacles as the need for glasses. Importantly, several of the larger cable companies in the US are already demonstrating a desire to offer 4K channels, anticipating the inevitable competition.

Asked whether consumers are prepared to pay extra cash for UHD, Smitherman answers a resounding ‘yes’.

“However, it is too early in the growth cycle to be more precise on what that dollar amount would look like.

”While Netflix customers in the US are already charged a few dollars more each month to view their 4K content, operators can charge an incremental fee for the set top boxes if they so desired, providing a revenue stream to cover the content costs and at the same time cover the costs of upgrading to new 4K compatible boxes.

”My hope is that cable and IPTV operators would ultimately employ a model that can offer 4K at no extra cost simply to deliver the best quality to their customers.”

Smitherman says that in a recent 4K discussion with a large North American operator regarding how they would be packaging their new 4K channels, he was pleased when they responded that they won’t be charging extra, and will make the package available to every subscriber with a 4K TV and upgrades to a 4K set top box.

“We as a cable company know that our highest RPM’s come from the clients that have the financial resources to buy multiple services from us and remain loyal, therefore we want to treat them as valued customers and show our intent to deliver the very best we can – and 4K is one of these events.”

What is perhaps remarkable is that Vivicast Media, as well as Saint Thomas Productions, and also major global players such as NHK of Japan and the BBC are also working on 8K production.

NHK’s efforts are in readiness for the 2020 Olympics in Tokyo. These 8K developments may not quite be for tomorrow, but ‘never say never’ and savvy broadcasters and production companies are wise to be ready for – perhaps – the next stage.