MWC19: Powerful capabilities and functionalities powered by 5G will not only change the media and entertainment industry but revolutionise global economies, according to industry leaders speaking at Mobile World Congress. 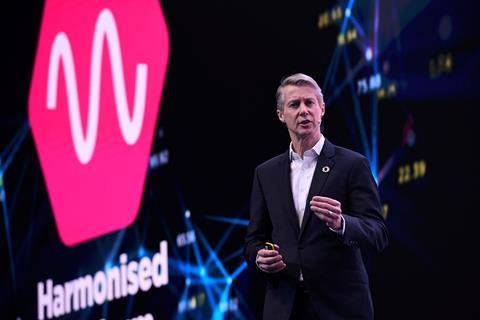 It is estimated that the number of 5G connections will reach 1.4 billion by 2025 and account for nearly 30% of connections in China and Europe and 50% in the US.

According to a new GSMA report released yesterday, 5G will account for 15% of global mobile connections by 2025, as the number of 5G network launches and compatible devices ramp up this year.

GSMA director general Mats Granryd said: “The arrival of 5G forms a major part of the world’s move towards an era of intelligent connectivity, which alongside developments in the internet of things (IoT), big data and artificial intelligence (AI), is poised to be a key driver of economic growth over the coming years.

“While 5G will transform businesses and provide an array of exciting new services, mobile technology is also helping to close the connectivity gap.

”We will connect more than a billion new people to the mobile internet over the next few years, spurring adoption of mobile-based tools and solutions in areas such as agriculture, education and healthcare, which will improve livelihoods of people around the world.”

Nokia chief executive Rajeev Suri told press ahead of day one of MWC: “In 2018 I said 5G was coming really, really fast and I am please to tell you 5G is no longer coming fast it is here and it is now, 5G is today.”

“We expect to see many operators from many countries launch 5G of some kind, moving quickly to every country.”

According to vendors and some operators, 5G is expected to enhance productivity for a connected and intelligent future, which is the theme underpinning this years Mobile World Congress.

Suri also pointed to security as a top priority for enterprise customers and manufacturers and spoke of the revenue opportunities provided by 5G. 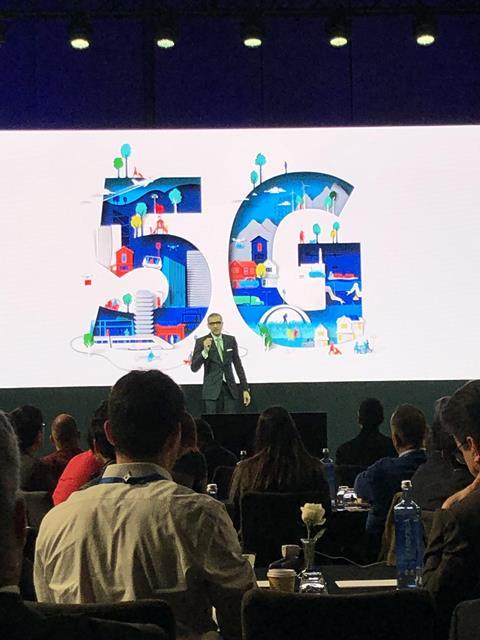 He said: “5G will enable productivity growth on a historical scale and 5G along with other technologies will create a tipping point for productivity.

“5G will grow and grow for up to a decade… it will continue to evolve with the widest spectrum to be deployed for wireless networks. The use case for 5G will start with consumer broadband but not end there, it will drive longer term uptake and 4G will not disappear anytime soon.”

Looking ahead for 2019, Suri expects more handset, for standards to be locked down and spectrum released for auction. This was echoed throughout the keynote sessions where telecom leaders warned the benefits of 5G won’t be realised until governments regulate the available spectrum.

Suri also explained the opportunities around 5G and the connection to smart cities and industry.

He said: “We expect 15 million industry sites to be connected by private networks in the next decade, which is double the macro base station site operators have today,” he continued, “this means a new market and we believe it could be worth 15 billion euros by 2025 and grow well beyond that year on year.”

At the show Nokia announced a partnership with Australian operator Optus to launch a commercial fixed wireless access, claimed to be the first commercial application of 5G integrated into Nokia’s 5G radio access network.

“We are in one of the most exciting and dynamic periods of the telecommunications industry” - Allen Law, Optus

Optus chief executive Allen Law said: “This technology is going to be transformative and the early commercial availability of this technology takes us from acquiring spectrum to one where we can market the product and sell the product and look at the real life implication to operate this network.”

“We are in one of the most exciting and dynamic periods of the telecommunications industry, with huge change is customer behaviour and unprecedented competition.

“The only way to stand out and be distinctive is by being exceptional,” he explained that as a telco, “we focus on the heart of why we exist which is our network and we are optimistic about 5G as it will deliver unprecedented speeds and low latency to our customers.”

It is forecast that 5G will contribute $2.2 trillion to the global economy over the next 15 years, with key sectors such as manufacturing, utilities, and professional and financial services benefitting the most from the new technology.

The GSMA also said that one billion unique new mobile subscribers have been added in the four years since 2013, bringing the total to 5.1 billion by the end of 2018, which represents approximately two thirds of the global population.

In addition, 1.4 billion people are expected to start using the mobile internet over the next seven years, to bring the total number of mobile internet subscribers globally to 5 billion by 2025, which is more than 60% of the entire population.

Some, 700 million new subscribers are forecasted to be added over the next seven years and about a quarter of these are set to come from India, with 4G due to account for almost 60% of global connections by 2025 – up from 43% last year.