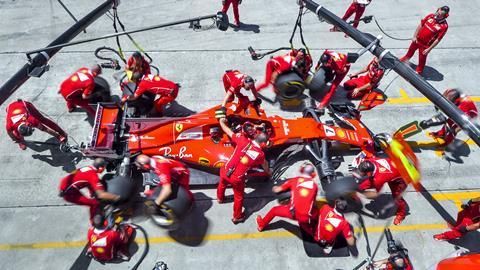 The launch of F1 TV this weekend marks the motorsport’s biggest investment in its digital transformation to date. Few see it as a risk.

When Liberty Media took over the FIA Formula 1 World Championship for $8 billion from Delta Topco in early 2017 the new executives in charge were scathing about its former ownership.

“Frankly F1 is almost a start-up, because there had been so little done on the digital and social media front, and the way the content of F1 was presented,” said Ross Brawn, the renowned former F1 team technical director recruited to lead the sport into the digital century.

“Formula One is a global premium sports brand that’s been around for 60 years but has not invested in digital or social or OTT,” explains David Bailey, F1’s Head of Research. “To hammer that point home, the F1 Facebook page was only created in 2016.”

Likewise, at the time of Liberty’s takeover, the official Twitter account of two-wheeled sport MotoGP had almost the same number of followers as that of Formula One.

“On the commercial side it does feel like a start-up because of the way the energy is focussed and that the longest people have been here is six months,” adds Bailey.

Taking their cue from sports like Major League Baseball, PGA Tour and Nascar, which have a raft of digital products curated by editorial teams, Liberty’s task, in the words of managing director of commercial operations Sean Bratches, was “to pivot this from purely a motorsport company to a marketing and entertainment company.” 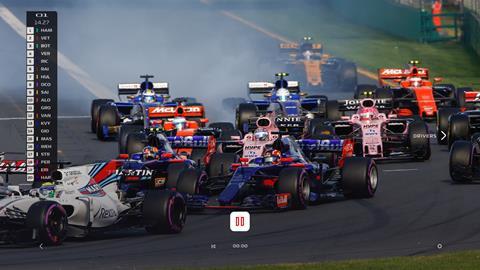 Getting to this point meant first setting up a digital and research department. “There wasn’t much on file in terms of research,” says Bailey.

Along with Brawn, Bratches, a 27-year veteran at ESPN who had charted its growth from single channel to global juggernaut, and F1 Group CEO Chase Carey directed the project. Bratches quickly hired Frank Arthofer from ESPN to lead the digital initiative as director of digital and new business.

“Their overriding philosophy was to put fans first,” explains Bailey. “In order to develop the right product the first task was to segment the audience: what do different fans of Formula One look like?”

At the lower end, he says, his team identified ‘peripherals’ and ‘incidentals’ who liked the sport but didn’t engage and watched occasionally and passively.

‘Sociable’ and ‘Habitual’ groups were much as the name suggests; “not necessarily loyal to F1 but watching out of habit and more likely to do so on a TV.”

At the top end were the ‘excitables’ – passionate petrolheads of a mostly younger demographic who already consumed F1 digitally to some extent.

Of the 500 million of the sport’s fans worldwide, the ‘excitables’ constituted a sizeable 120 million. Focus grouping them further, F1 learned that such fans had formed their own independent online communities.

“We used Reddit to basically reach these fans and to act as a forum. Essentially we asked them what they wanted from a digital service.”

The results were stark. Overwhelmingly, OTT streaming came out on top. Some fans even had the nous to shout for an OTT stream at 60p. Most wanted a reliable and responsive service.

“These fans will react on Twitter if they are angry about something. No-one wants a one-star rating, especially when you first launch. It would kill us stone dead.”

Packaging was another key. F1 TV costs from U$70-U$150 (€57-€122) annually, with monthly rates varying between U$8-$12 but research told F1 that they could price the service differently in different markets. 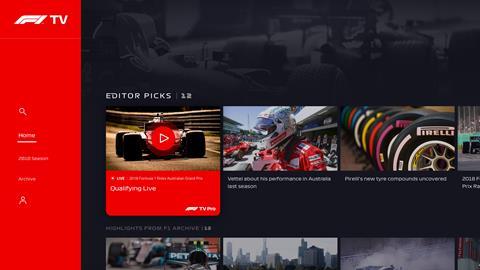 User testing told them that fans didn’t want clutter encroaching on the real estate of the main screen; that they wanted onboard cameras presented on top of each other “Mario Cart” style not side by side.

“One problem: we wanted to do it quickly,” says Bailey. “To make sure we launched early in the 2018 season we had six months to do something that would normally take 18 months to complete. Even locking in prices had to be done months in advance of launch.”

Subscribers are able to personalise the way they watch a Grand Prix, the content they view and how and when they access it. All of practice, qualifying and races is offered live, along with press conferences and pre- and post-race interviews.

Later in the season, the main support series FIA Formula 2 Championship, GP3 Series and Porsche Supercup will be added.

A less expensive, non-live subscription tier, F1 TV Access provides live race timing data and radio commentary, as well as extended highlights of each session from the race weekend. It will also provide archive footage – which is extensive, with F1’s library going back decades.

“It’s a fantastically high spec,” comments Ovum senior analyst Ed Barton. “You can watch cameras from any car and this will build to a huge archive of content.”

It is yet to be seen quite how a payment direct to F1 from consumers will impact on the existing carriage deals it has struck with pay TV services – or indeed if a sport which has been built on the shoulders of multimillion dollar broadcast contracts can survive the risk of cannabilising its cash cow. 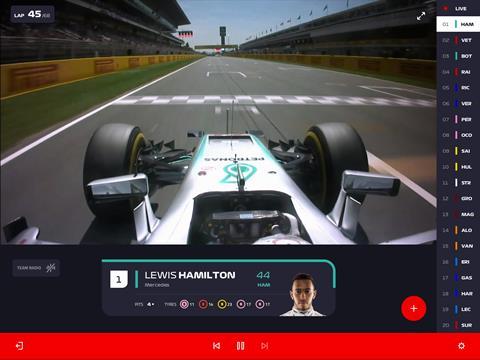 In 2017, US broadcaster NBC ended its relationship with the sport – and was replaced by ESPN – as plans for the OTT network developed.

“The impact will negligible on the value of TV rights,” believes Bailey. “We work with ESPN in North America and they work with F1 TV side by side. The same in the UK with Sky (which is locked into a broadcast deal until 2024). We have a very distinct target audience.”

Displacing linear services with a direct to consumer offer is not necessarily an either/or proposition. A live OTT super fan experience can work in the same market as the existing commercial broadcast.

“F1 would argue that this is a complementary property in markets where it has pay deals,” says Barton. “We would apply the same concept to SVODs like Netflix with which there is a huge payTV overlap in most markets.”

“Twitter came to us early on with an emphasis on co-producing original live content to extend the race weekend dialogue,” explains Arthofer. “Given how well their platform caters to driving conversation around global live events, the strategic fit was perfect.”

An Esport competition, launched last year with Codemasters and Gfinity, is further intended to build a greater connection with younger fans.

This weekend’s launch of F1 TV is just the start.

“There are so many data points that come from an F1 car,” says Bailey. “We can pick up about 2 Terrabytes of data but at the moment we’re using only 3Gb. You can add aerodynamics and tyre temperature or even the heartrate of drivers. Putting that in the hands of fans alongside live footage is incredibly powerful.”