2020 will see the launch of more subscription video services than ever before. With consumers tired of managing multiple subscriptions, is the future of pay TV in aggregation? 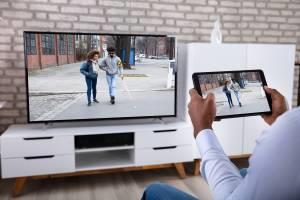 OTT subscription: More companies going out on their own with OTT platforms

The pattern of TV platforms is cyclical.

At first, there was just one single platform or channel for viewers to choose from, but this quickly grew into several terrestrial, linear channels.

Then came the carriage deals and platforms that carried other channels alongside their own. This often paid-for service meant people could access several services via a single subscription.

As with most entrenched markets, the internet has shaken that up, but the first streaming revolution was much more focused on catch-up services for existing broadcasters.

The second streaming revolution, which is well underway, has seen more media companies going out on their own with OTT platforms offering original content. Disney, NBCUniversal, and WarnerMedia are all launching services aimed at competing with the likes of Netflix and Amazon.

The challenge for these new players is that as each one launches, that means another subscription for viewers who are already overloaded with an abundance of content. Consumers are being asked to splash the cash on multiple subscriptions across OTT and pay TV, alongside music, gaming and shopping subscriptions too.

One of the biggest frustrations users have, according to a report from GlobalWebIndex, is the way the cost of what may seem reasonably-priced subscriptions quickly adds up. According to a survey of UK and US internet users, 36% say it is getting to be expensive to pay for multiple services.

Some 28% also expressed frustration with the need for multiple services to access the content they want to consume.

Across multiple subscriptions, many consumers “are essentially building their own content bundles using a variety of different streaming services” writes GlobalWebIndex senior trends analyst Katie Gilsenan in the report.

“Although the subscription model gains a lot of attention, it’s not suited to all industries. A key determinant of this in film/TV streaming services is the recurring value created in the breadth of content appearing on the services,” adds Gilsenan.

“The fragmentation of the film/TV streaming landscape and the withholding of content across services threaten to undermine that recurring value unless the substance of that value can move from diversity of content to a larger catalogue of shows.”

Aggregation innovation
At a recent RTS event on the “Future of TV”, analyst Nigel Walley pointed out that this isn’t the first time that the industry has been through this cycle.

“This is at least the fourth digital revolution the industry has been through, each with so-called killer features,” he explained as part of a panel session.

Outlining the previous revolutions, he points to how TV was initially just a solitary device in most households in an era of simple TV. The introduction of on-screen text interfaces, such as Teletext, added interactivity to those simple TVs long before the internet.

“Then, we saw platforms arrive for the first time, so big broadcasters had to deal with what they were calling disintermediation at the time,” he added. This led to new commercial models, subscriptions and pay-per-view. “But TV was still focused around broadcast.”

This was changed by the introduction of the personal video recorder, from the likes of TiVo and other set-top boxes. And this led to the launch of on-demand services.

“The power of owning and controlling the device in the consumers home was kicked off in that period,” he added.

The introduction of the internet was the next major revolution, as users shifted from a solitary TV to smartphones and tablets, enabled by IP. It is still weighted towards the lounge but TVs have more sophisticated interfaces and multiple functions, although a significant amount of TV is still delivered through broadcast. 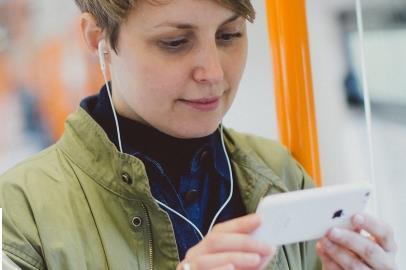 OTT: Users have shifted from a solitary TV to smartphones and tablets

But, as Walley points out, “consumers are starting to get pissed off at what we’re doing” because there is, on average, 23 screens across homes which content can be consumed through, yet “we speak to consumers, and it’s amazing because they have more content than ever before, yet they all say how unhappy they are.”

According to Walley, the primary reason for this is there has been an “explosion of confusion” due to too much content and too many subscriptions.

“The big wave of change we’re going to see in this next era of TV is aggregation,” he explained. “Consumers want one company to solve it. Bring together all of that content in a single place with a single bill.

“Right now, we’re seeing fragmentation. But that is not the beginning of a new era – it is the end of a bad era. In the new era, the winners will be those companies that can deliver aggregation.”

Le force est avec nous
Though the OTT market is seen as a major threat to broadcasters, it could potentially offer an opportunity for the industry to resume its role as content aggregators. Some of this will come in cross-broadcaster partnerships, such as BritBox and NLZIET. Both offer content from multiple broadcasters as a “best in class” regional service (BritBox from the UK, NLZIET from Netherlands).

Another opportunity comes in partnerships with OTT platforms, and that seems to be happening in multiple forms. In France, for example, Canal+ struck an exclusive deal with Disney for its new OTT platform Disney+, which is due to launch in Europe in March.

The deal means consumers in France will have to deal with the pay-TV operator to access the service or download it directly via Disney+.

For Canal+, the benefits are obvious – it becomes a gateway for the vast range of content made by the Mouse House that is currently only available on Disney+. It leverages a long-term relationship for the two companies and adds an additional benefit for those signing up to the French company’s services.

For Disney, it is a question of scale. When the deal was announced, Disney’s D2C and international unit head Kevin Mayer said: “In some countries, the demand will mostly be focused on OTT, with customers downloading the Disney+ app. In others, we will form other partnerships. In France, we will come to market with both models, but there’s no doubt that we will hit more of the world by partnering with Canal+.”

The only other major partnership Disney has announced is with Verizon in the US, in which Verizon customers can get a year’s subscription to Disney+ by signing up to certain telecoms packages.

The studio behemoth has also been linked to a potential content with Comcast-owned Sky covering Disney+ in the UK. Such an agreement would continue Sky’s role as a content aggregator in the market – it already has partnerships with WarnerMedia’s HBO and Netflix.

It was no surprise to see BT launch more flexible TV packages this week, according to PP Foresight analyst Paolo Pescatore.

The announcement marks what “feels like a last-ditch effort to be successful in TV” Pescatore says, adding: “Aggregation is the holy grail. BT has done a superb job of introducing some novel features and bringing together key services all in one place. This will strongly resonate with users.

“However, it is unlikely to pose a considerable threat to Sky who in turn will be able to bundle BT Sport into its own packages. In the future expect this new TV platform to be bundled with BT Halo which will further strengthen its premium convergent offering.”

The new flexible TV packages allow BT’s TV customers to select from a range of content bolt-ons that can be adjusted on a monthly basis.

The British telco has partnered with Sky-owned Now TV to integrate the service fully into BT TV, meaning customers can watch, pause, rewind and record Sky entertainment and sports content on its platform.

This adds to existing partnerships with Netflix and Amazon Prime Video, which have also been integrated into a content package which will be billable through BT.

“BT is right to pursue the role of content aggregator,” says CCS Insight director of consumer and connectivity Kester Mann. “Although it continues to spend large sums buying content (mostly sport), the move to partner with third parties offers a quick, inexpensive and low-risk path to market.

“Of course, rivals could also make similar moves, but BT can overcome this by differentiating based on the user experience. Integrated voice and text search, single remote control and simple billing are steps in the right direction.

“The new content undoubtedly strengthens the BT TV package and will likely resonate well with new and potential customers. As it continues to pursue the role of a “super-aggregator”, expect BT to seek to add more content; the new Disney+ streaming service, likely to come to Europe next month, would be an obvious extension.”