Mental health continues to be a major issue for the media and broadcast space. Alison Chapman writes about the work the Guild of Television Camera Professionals is doing to help members tackle this crisis. 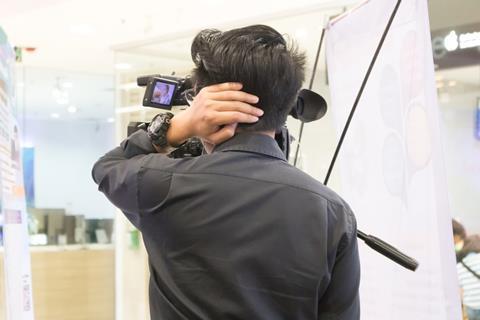 GTC: Working hard to support members through this crisis

Two years ago, while guest editing an issue of Zerb for the Guild of Television Camera Professionals (GTC), camerawoman Sally Garrett was personally devastated by the loss through suicide of her good friend, fellow camera operator Billy Yates.

The quote “The funny thing is nobody ever really knows how much someone is hurting; we could be standing next to someone who is completely broken and we wouldn’t even know” seemed never more apt. She resolved to include an article in the magazine about the inner loneliness and anxieties that apparently active, engaged and popular colleagues may be experiencing.

At the time, I was Zerb managing editor, and together we grew this idea from just one article into a separate publication – and the GTC Mental Health Supplement was born. In her editorial, Sally openly and bravely shared her own history of mental health issues with the aim of encouraging others to hear and believe the important messages of ‘You’re not alone’ and ‘It’s OK to talk’.

This initiative is just one of many that reflects how the GTC has evolved over the years, moving increasingly towards supporting its now wide-ranging membership in a more holistic way. As the GTC approaches its half-century (there will be some big 50th Birthday celebrations in 2022, social distancing permitting!), the organisation’s remit has long-since moved on from its ‘crew room’ roots of the early staff days. When first dreamt up by founder member Dick Hibberd and colleagues back in 1972, the concept of the GTC was to provide a network for cameramen (as they exclusively were then) extending across the different ITV regional stations and BBC centres around the country – to enable likeminded colleagues to share ideas and expertise.

64% of people working in TV/film had experienced depression; 87% had suffered with a mental health problem; and a particularly alarming 55% had contemplated taking their own life - Looking Glass Research

With almost all of those early members securely employed in staff positions within the safety net of the big broadcast companies, which provided all the necessary HR, medical and union backup as part of the job, the early Guild primarily provided a way for camera crew to interact socially, to talk directly to camera manufacturers (at that time decisions tended to be made by engineers rather than the actual users) and to fight for issues like on-screen credits for camera crew. Those were the issues that mattered at the time to TV camera professionals.

Now, five decades on, with the casualisation of crew and the prevalence of the ‘gig economy’, all that has changed. Almost everyone is freelance – and that typically means no ‘crew room’, no HR department, no welfare support and a greatly increased likelihood that someone might suffer in silence.

Recognising this gap, around the time of the initial Mental Health Supplement, the GTC appointed its first mental health officer, Chris Yacoubian. While not a trained professional in the field (although he has completed various courses to increase his knowledge of how best to support colleagues who come to him with troubles), Chris is there for GTC members as someone they can talk to in confidence. He will then attempt to suggest sources of appropriate professional or other help. Sadly, he receives a steady stream of contacts from GTC members about a range of issues. 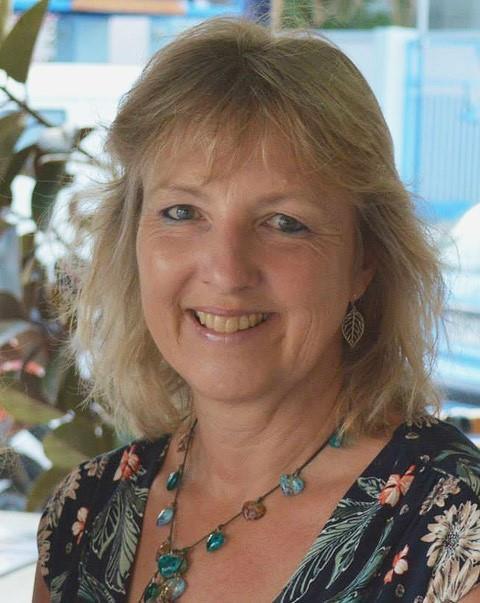 Of course, the GTC (which is run by a Council of around 20 camera professionals, almost all on a voluntary basis) can’t and very definitely never would claim to be ‘mental health experts or professionals’ (although we do have links to a couple of qualified therapists who are very happy to help whenever needed) but what we try to do is act as a portal to professional services and help resources through making available as much information as possible and working to ‘destigmatise’ mental health issues. The recently elected Council has a far higher percentage of young camera professionals than ever before and is making social media and inclusivity a much more prominent part of what the GTC has to offer its members.

At the start of this year, we decided it was time to update the Mental Health Supplement to include new help resources and this time to focus on the worrying number of stress factors typically weighing down on the freelance workforce and their families, such as long hours, lengthy periods away from home, unpredictable earnings, reduced pay rates, and confusing and uncontrollable changes to rules and regulations like the proposed IR35 changes.

The Film & TV Charity (with whom the GTC worked closely on both Mental Health Supplements) had in its ‘Looking Glass’ research revealed that 64% of people working in TV/film had experienced depression; 87% had suffered with a mental health problem; and a particularly alarming 55% had contemplated taking their own life. These stark figures were made only more real by the sad news of Caroline Flack’s passing, which emerged just as we were starting work on the new supplement.

Then things got even worse, when Covid-19 struck. Suddenly, almost over night, pretty much the entire GTC membership of more than 1500 camera professionals were out of work for the foreseeable future, with all forthcoming events and productions cancelled – and little or no financial support from the government for the vast majority, at least at the beginning of lockdown.

The urgency to bring out the second edition was ramped up. As with the first supplement we conducted our own Mental Health Survey – not nearly as big as the Film & TV one, but revealing nevertheless. Respondents were encouraged as much as possible to consider their ‘normal’ working lives and patterns as camera professionals rather than looking purely at their current lives through the lens of lockdown.

Amongst other interesting insights into how members feel about their work–life balance and the stress points induced by the work culture, the responses, admittedly from an overwhelmingly male demographic (and the GTC has just appointed its first diversity officer to focus on how to improve things within the industry on this front) revealed that 38% would not feel comfortable talking about mental health issues to anyone at work, whether that was a colleague or a mental health advisor provided by the workplace. The overarching reasons given for this were ‘stigma’, a word that came up again and again, as well as ‘fear of losing work’ or being considered a weak link in the team.

So, with our membership mostly freelance, many clearly experiencing high levels of work-driven stress and great potential for them to feel isolated, the message is clear that the GTC as an organisation is right to prioritise offering support to members in whatever way we can. As one survey respondent said: ‘What the freelance community really needs in an HR department!’. We can’t be that but we can at least offer some of the support a well set-up HR department would provide: hence our mental health outreach, group PLI scheme, free First Aid training, as well as our programme of free member workshops.

For the time being of course, as for most communities, everything has moved online, whether it be social catchups, Council meetings and even the annual AGM, plus all the recent GTC member workshops covering everything from different edit programmes, to HDR and HLG, hyperlapse and timelapse. Maybe ‘Zoom’ and ‘Teams’ are the modern-day incarnation of the physical staff crew room of the GTC’s early days – they work well, but we also can’t wait to get back to some physical meetups and interactions too!

About the Guild of Television Camera Professionals (GTC)

Founded in 1972, the Guild of Television Camera Professionals (GTC) is an independent craft organisation for professional TV, digital and film camera personnel, supporting its members through community and professional services and facilitating excellence in moving image production. GTC members are predominantly professional cameramen and camerawomen across all moving image disciplines although we also welcome associated grades such as DITs and vision engineers. The International Association of Wildlife Filmmakers (IAWF) has been affiliated to the GTC since 2016.