The move to remote live production

Remote production looks set be a key topic at IBC2019. Andy Stout looks at how developments such as 5G are boosting remote workflows. 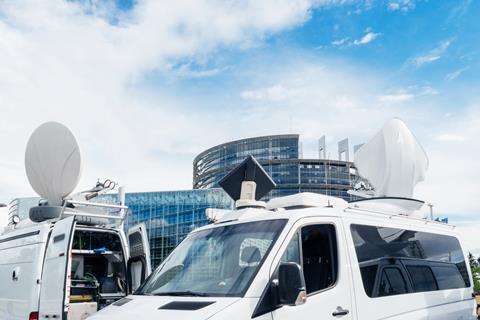 While 8K has stolen headlines across the industry in recent years, arguably the rise of remote production — also referred to as ‘at-home’ production or REMI (REMote Integration) — is going to be one of the most important wide scale technology advances of Tokyo 2020.

That’s not to say that the ability to decouple large parts of the OB functionality from the event location and edit/switch/mix back at base is new, far from it. ITV, for example, first used remote production techniques in Brazil for the FIFA World Cup in 2014 where the studio on Copacabana Beach was 35 miles away from the galleries and technical area.

“It’s been a part of our operational armoury for a long while,” comments technical director, sport, Roger Pearce. “We have fairly standard remote operation for major events now where a small “fibre team” replicate what we used to have to do with an OB at the stadium to give us a live presence for any games.”

Indeed, the FIFA World Cup in Brazil 2014 was the large scale trailblazer for the technology when, faced with the sheer geographic spread of the Brazilian venues, host broadcaster HBS used EVS’s C-Cast technology to pump video back to 36 Adobe Premiere suites located at the International Broadcast Centre in Rio de Janeiro. Since then, every major sporting event has featured broadcasters that have chosen not to take space at IBC, instead taking multiple camera feeds and creating the live broadcast back at base.

It is a significant sea change in the way that live events are covered and one that is inevitably putting pressure on the OB sector; just not necessarily as much as might be initially assumed.

“We’re a facilities company and for us it’s just another strand and we adapt as required,” says Hamish Greig, CEO of CTV Outside Broadcasts.

While some aspects of live production, such as switching, have been successfully calved off to remote, others are more resistant; you still need camera operators and you still need engineers to look after the cameras; the OB compounds of major events are still full of vehicles. The connectivity costs are a barrier to deployment as well, meaning that scale is important in achieving cost savings.

“If you’re going to do 30 events…  then the economies of scale start to work.” Hamish Greig, CTV Outside Broadcasts

“Say you want to run a match by remote. The big saving is meant to be in not travelling people, but you’re only not travelling somewhere between 4 to 6 production people and does that pay for your increased bandwidth costs? Not necessarily,” says Greig. “However, if you have more than the single event; if you’re going to do 30 events with a dedicated EVS replay centre and schedule matches so the same home-based team can also do two games, then the economies of scale start to work.” 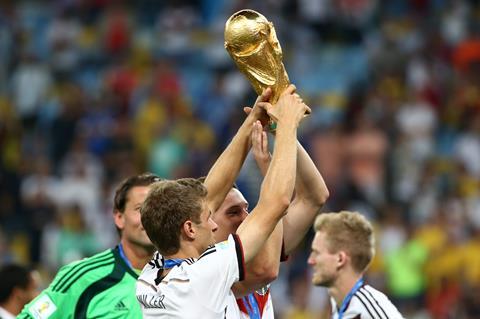 Greig sees remote becoming established as standard for Tier 2 and Tier 3 events over the next handful of years. Meanwhile, at Eurosport, the broadcaster is extending the concept into Tier 1 with its ambitious plan to build three permanent content hubs in Paris, Amsterdam and London, which will be fully operational by Tokyo 2020.

“I think that this is the last wave of the industry where we will have so much dedicated kit,” says Eurosport CTO, Gordon Castle. “Those functions will increasingly become software services that we can then deploy. We have designed these hubs to allow ourselves to take advantage of that.”

On the showfloor
Remote’s advantages extend beyond the reduction in travelling headcount, with an improved work/life balance and more environmentally friendly approach often cited as additional benefits. There are also quality upticks too.

“We have some customers that say the quality of the end product is better as they have a consistent staff in a consistent environment and they do a better job and are more efficient,” comments Mark Hilton, vice president live production, Grass Valley.

Grass Valley is one of the many companies that will be highlighting remote workflows at IBC2019. It demonstrated a 20,000km link between cameras in Tokyo and a base station in London earlier this year using its DirectIP technology and is promising new optimisation for its Live Touch replay system on the showfloor. “We’ve modified some of the algorithms and the feel when you’re doing a jog shuttle and you’re working with a remote server,” says Hilton.

A good deal of the remote production market is dedicated at the moment to this sort of workflow refinement. LiveU, for example, is introducing a tally light to its systems, enabling reporters to know they’re live on air via a red-light indicator connected to a LiveU unit. It’s also debuting a cloud production tool for adding dynamic graphics to live streams and will be showing how its Video Return service lets remote crews remain aware of the programme currently on air and even receive teleprompt information.

“With 5G, we believe that remote production will dominate most sports production globally because of its flexibility and cost-effectiveness” Ronen Altman, LiveU

“We see 5G as a critical advancement, bringing more capabilities to our customers such as multiple channels of audio, multicamera productions from a single portable transmission solution, 4K streaming, and high-quality video return,” says the company’s VP of Marketing, Ronen Atman.

“With the capabilities of 5G, we believe that remote production will dominate most sports production globally because of its flexibility and cost-effectiveness and this is already being demonstrated,” he adds, referencing recent work with AT&T on the MGM Resorts NBA Summer League.

Sony will be showcasing its new strategic partnership with Nevion following its acquisition of a 45% stake in the company. “We’re really excited about coming to IBC2019 with Nevion – it’s a great opportunity for us to present the partnership,” says Norbert Paquet, head of product management, Sony Professional Solutions Europe

“There is clearly a demand from our customers for Remote Production, but it also goes beyond this approach for Remote Integration, that will enable them to not only save on operational costs but also create better ROI with better use of their CAPEX resources and dynamically allocating them to multiple consecutive productions.”

Paquet references both the upcoming ratification of SMPTE ST2110-22, compression to enable open access to more network links with narrower bandwidth and the potential of 5G to provide high bandwidth and low latency as important near future developments. As a good example of the kind of here and now projects that are possible, though he offers NEP Group’s work on the live, remote production from Sydney of the IAAF World Relays 2019 held in Yokohama in May. “This was thanks to NEP UK’s on-location hardware and crews covering the event and involving 30 HD signals including 17 main cameras (2 of which being the Sony HDC-4800 4K/HD Ultra High Frame Rate camera system) and graphics in Yokohama. All were linked via diverse and hitless 10 gigabit-per-second circuits on the Telstra Distributed Production Network and sent onto Sydney 7,800km away.”

The remote future
“If the cost of connectivity continues to fall and bandwidth continues to increase, then remote production will become even more cost effective and appealing, especially with new formats designed to improve the overall viewing experience,” says Ed Tischler, managing director, Gearhouse Broadcast (UK). “Going from 1080i to 1080p for example can double the amount of data needed, so while costs may stay the same, more available bandwidth will enable broadcasters and content producers to push more down the pipe.”

There is a sense that there may be some changes in the OB fleet to come as a result. “If you are wholly in with remote production you need only half of the truck,” says Castle. “You need cameras and intercom and things like that, but you don’t need the switching, the replays, and more.”

“If the cost of connectivity continues to fall and bandwidth continues to increase, then remote production will become even more cost effective and appealing” Ed Tischler, Gearhouse Broadcast

Perhaps one of the keys to its evolution though is that it is going to be collaborative. At Calrec, who’s RP1 console was developed specifically for the audio requirements of remote production, marketing manager Kevin Emmot says that the main issue broadcasters face is which backhaul technology to use.

“It’s important for manufacturers to work alongside partner broadcasters, especially early-adopters, to get a sense of how things might evolve,” he says. “We’re also seeing an uptake in headless mixing and virtualised environments, a related technology to remote broadcasting. It’s likely that products like Calrec’s VP2, which is a mixing console with control via a browser-based GUI, will provide a variety of new ways to organise production workflows. Combined with the advances we are all making with the likes of AES67 and NMOS signal management, it’s possible that by the mid-2020s we might be much closer to a de-centralised production model.”

This, as exemplified by the Eurosport production hubs, is probably the end game; a landscape of decentralised production where the cameras and microphones might move around the map but the same teams that produce two to three events a week now from accompanying OB trucks are capable of achieving almost the same in a single working day back at base. And this is a future that dovetails well into the wider industry trends of IP, the cloud and virtualisation.

“By 2025 I’d image we’ll still be selling cameras and the control panels and processing software to work with those panels, but maybe not the dedicated hardware boxes that we currently have,” concludes Grass Valley’s Hilton.

Interested in remote production? Find out more at the Remote Production in Live Sports Broadcast Academy Panel session at IBC2019.