Esports week: Time for broadcasters to play the game

Ticket sales for live events might be down, but esports sponsorship, media rights and advertising revenues have held up surprisingly well during the coronavirus pandemic, with predictions for long term growth remaining robust. 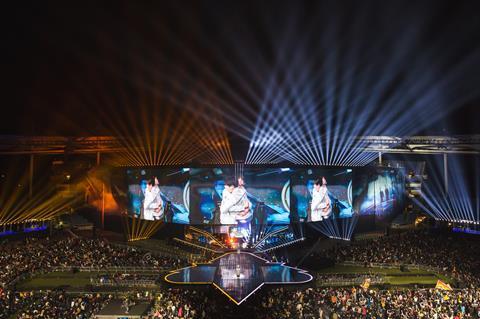 Esports: Managing to ride the wave of Covid-19 although questions remain about live events

Competitive video gaming has thrived during the coronavirus pandemic.

People stuck inside have been playing more competitive games, from Counter-Strike to League of Legends, while also watching the world’s best gamers take on one another online. With sports out, esports have helped to satisfy demand for competitive action from viewers.

Esports usage hours and reach rose by an estimated 30% in the first eight weeks of lockdown according to British Esports CEO Chester King.

However, the coronavirus outbreak hasn’t totally spared the esports world. Major esports events have had to be cancelled, hitting ticketing and merchandise sales.  Unlike traditional sports though, esports has been able to pivot from arenas to online only matches, where they’re finding a wide audience.

“It’s unfortunate that we can’t really execute events currently with audiences on site,” says Simon Eicher, senior global manager procurement & executive producer special events, at ESL Gaming. “But at least we are able to produce very entertaining shows across most of the esports tournaments with remote production concepts.”

In financial terms, esports has fared relatively well during the Covid-19 pandemic, certainly compared to other media sectors.

“We are never going to be a Twitch, so it is about how we find our authentic place in the esports world.” Victoria Cotton, BBC Sports

Many of esports’ key revenue streams - notably sponsorship, media rights and streaming advertising -  have held up during the pandemic, says Dom Tait, practice leader for games, music and audio at research firm Omdia. Only ticket sales are significantly down, and are likely to be 60% below previous estimates for the year. But ticket sales only accounted for around 12% ($150 million) of esports $1.3 billion in global revenues in 2019, says Tait.

By comparison, sponsorship was the largest source of esports’ revenues at $500 million, followed by media rights at $387 million.

Sponsors, Tait explains, have remained steady, and are invested for the long term, and now include major brands such as BMW, McDonald’s, Spotify, Lego and Snickers.

Meanwhile, ad revenue and media rights income have remained fairly constant during the pandemic. Esports, for example, has ridden out the massive fall in marketing spend by attracting a greater share of what advertisers are actually spending. Innovations such as targeted, non-intrusive in-game advertising are also helping to bolster ad income. Short term media rights deals struck during the pandemic have also helped to shore up rights income.

Esports on track
Looking ahead, Tait thinks esports will remain on track to meet previous predictions for future growth, despite the pandemic. Before coronavirus struck, Tait predicted that esports would have revenues of $2.3 billion by 2024. He is currently revisiting his forecast in light of coronavirus. “It is going to be similar for 2024 – and then moving up past $2.5 billion by 2025,” says Tait. 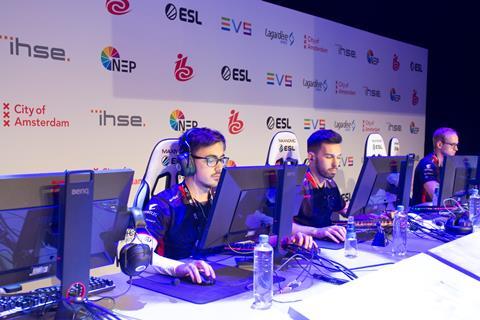 China, he adds, will be a key driver. For example, Chinese conglomerate Tencent Holdings is the world’s largest games publisher, with stakes in Epic Games, Bluehole, Ubisoft, Activision Blizzard, while it fully owns Riot Games.

Tait’s prediction of steady continued growth through to 2024, despite the pandemic, chimes with the views of ESL Gaming’s Simon Eicher. He thinks that esports has gained in terms of visibility during the pandemic, but plays down talk of a “huge boost.”

One significant trend during lockdown has been the increased push by sports federations like NASCAR and Formula One into esports, with both bringing millions of racing fans into the sector.

NASCAR and Fox Sports started airing virtual races in the US out of pandemic-induced necessity, and their efforts have paid off. Fox’s coverage of the eNASCAR iRacing Pro Invitational Series race in March drew 903,000 viewers on FS1, making it the highest-rated esports TV programme to date. The figure looks truly impressive when one considers that the real life NASCAR Cup Series races averaged 2.9 million viewers in 2019. “The NASCAR game looks similar to the real thing – if you squint and listen to the commentary, you could believe you were watching a real race,” says Tait.

Formula 1’s switch to esports has also proved to be a huge success. More than half the drivers on the 2020 Formula 1 grid have taken part in F1’s Virtual Grand Prix series. According to F1, the series was seen more than 30 million times around the world, including F1’s live streams on Facebook, YouTube and Twitch, driver streams, and estimated TV figures (including Sky in the UK). If you mix in social coverage, including Twitter, Instagram, and China channels Huya and Weibo, that number rises to 85 million. 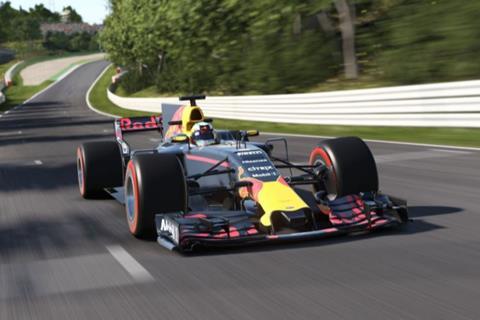 F1’s Virtual Grand Prix: Was seen more than 30 million time around the world

An official esports F1 event as part of a F1 race weekend now feels like it could be weeks away rather than years away, says Tait. “What we’ve seen is an acceleration of trends towards esports.”

Broadcasters have also turned to esports during lockdown to satisfy demand for competitive sport and to fill airtime left empty by the cancellation of events.

The lockdown, says Victoria Cotton, BBC Sports executive editor for red button, live streaming and Olympic sports, has proved a “real opportunity” for the BBC to step back into esports. The pause in live sport, she explains, gave BBC Sport “time and space in everybody’s workload” to think about what the BBC could do with esports.

One of the BBC’s first deals was for the ePremier League Invitational FIFA 20 tournaments.  “It felt like a natural first step for us when we first started,” says Cotton. “It’s a sports simulation game, has wide appeal, and crossover potential because we have real football stars playing the game.”

“We are able to produce very entertaining shows across most of the esports tournaments with remote production concepts.” Simon Eicher, ESL Gaming

The BBC, she admits, is not known as an esports destination at the moment, and as a  mainstream broadcaster is still trying to find its niche. “We are never going to be a Twitch, so it is about how we find our authentic place in the esports world,” says Cotton.

The ePremier League, she says, did well for the BBC, which recorded over 100,000 stream starts on digital platforms when Raheem Stirling played Trent Alexander-Arnold in the quarter-final.

Such personality driven gaming works well, says Cotton, who describes it as “on the edge of entertainment rather than esports.”

At a time when all broadcasters are looking to attract younger audiences, esports could be one way to do so. Looking ahead, Cotton sees long term growth potential, noting that if audiences grow then media rights will start to become more competitive. “For young kids, this is part of what they do – they might play football, but they also game. It is just part of everyday life. Now it has had some time in the mainstream media, I can’t see it going backwards.”

Returning crowds
The big question for much of the sector now is when live esports events with audiences will be able to return.

ESL, for example, announced last week that its much anticipated Counter-Strike tournament ESL One Cologne 2020, which has a $500,000 prize pot, will transition into an online competition in August.

ESL’s Simon Eicher says it is hard to predict when a return to major events will occur. “Government regulations, even in Germany, almost change on a weekly basis, depending on the current situation,” he notes.

This of course makes planning for esports events difficult – they take a lot of time, energy and expense to pull together, and often feature talent flying in from multiple countries. So most games companies are erring on the side of caution, and seem to be targeting 2021 for a reboot of live events.

Then, the inexorable rise of esports will continue.