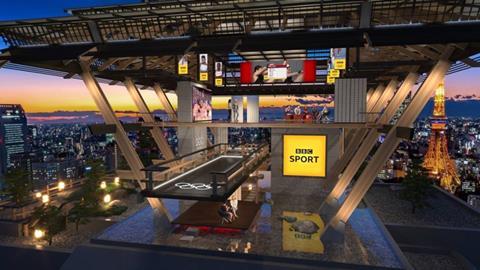 With the 33rd summer Olympics set to take place in Tokyo later this month, broadcasters around the world are fine-tuning their production plans and preparing to pack their schedules with hundreds of hours of live sport. NBC and the BBC speak about their plans.

An Olympic broadcast is never a well-oiled machine but it usually gives the appearance of one.

“It’s not like we all work together every day,” explains David Mazza, SVP and chief technical officer, NBC Sports Group and NBC Olympics. “Our team is largely a collection of freelancers who come together for two weeks every four years.”

For NBC, that team is still approximately 1600 people in Tokyo and roughly 1700 in the US, 400 of whom were originally on the plane to Japan.

Even a normal Olympic Games broadcast will rarely start on plan A. 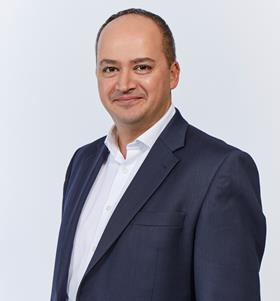 “We have a plan A, plan B, C and D and despite all the careful planning it’s plan B or C by the time we get on air,” says Mazza.

Normally this would be due to last-minute hitches such as loss of a generator or because a team couldn’t pass security rules or a camera position wasn’t exactly as desired.

To add to that stress this year is the huge uncertainties and workarounds in place for Covid.

“We’re very big on scenario planning and resilience but this comes at the cost of complexity,” Mazza says. Some of this is NBC’s own doing, Mazza admits, in the sense that they have decided this year of all years to simultaneously shift from an SDI to an IP routing core and to produce in HDR.

“My biggest fear is not having the right expert in the right place at the right time,” he told TV Technology.

“There are a handful of people who understand how IP works. We have to get them to the right place where the problem is. That is daunting with all the Covid regulations in place.”

All of that meant taking the host’s UHD feed was a step too far, for this Games at least. NBC will be taking HD 1080P HDR feeds from Tokyo, producing much of it back in Stamford and other US hubs, and upconverting some of it to UHD.

Other than the not inconsiderable challenge of meeting Covid protocols, the biggest logistical shift sees NBC relocating venue control rooms for basketball, beach volleyball, diving, golf and tennis back home. It was impossible to house everything at its Stamford, Connecticut HQ so NBC has spread remote production to sites in Miami, New York and New Jersey.

NBC Universal and its parent Comcast paid $4.4 billion for the rights to cover the Olympics in the US through 2020, and will pay $7.75 billion for broadcast rights between 2021 and 2032. With the 2020 Olympics pushed back a year, NBCU is hoping to regain the more than $1.2 billion in ad commitments it secured for the Tokyo Games — and to prod viewers and advertisers to look forward to a Winter Games that will take place just six months later.

“My main job is trying to predict when the train is going to go off the track and bump it back on before there’s an actual wreck,” David Mazza, NBC Sports Group and NBC Olympics

One way of doing that is a greater digital reach and monetisation. NBC’s digital editorial team are located in a Marriott hotel down the road from Stamford. There, they will create content for Amazon Twitch (among other digital platforms) including ‘primetime sidecasting’, where Twitch creators will commentate on the live events while encouraging viewers to tune in for NBC’s live coverage. NBC will share in ad revenues with Twitch.

“We have aggressive plans to make this the most immersive experience for fans, especially since so many can’t come to the games,” Mazza says. “My main job is trying to predict when the train is going to go off the track and bump it back on before there’s an actual wreck. You’ve got to be ready to minimise the damage.”

“Plan A went a long time ago and we’ve ended up between the two. We think what we’ve got will stick but we’ve realised in the last few months [we need] to remain flexible. Covid will remain a factor so we’re just trying to react to when rules and regulations may change.”

When the Olympics was cancelled last year, Chakraborty’s main job was to find a way to fill hundreds of hours in the summer schedule. He headed the production of replacement programming including archive content built from previous Games.

“Once the dust had settled on that we had to decide whether we were going to do it the usual way and send an entire team or do it remote and counter the risk of travel and health. At least if we do it remotely we’re more in control of our own destiny.”

Having deployed remote galleries for the PyeongChang 2018 Winter Olympics and from the Gold Coast for Australia’s Commonwealth Games, the corporation is used to having a production gallery back in the UK.

“Late last autumn we took the decision to base nearly everyone and everything in the UK, including studio, post and all comms. The question was what we were going to leave out in Tokyo.”

That essentially boiled down to a Tokyo studio built by Dega Broadcast for on-air talent plus 10 reporters and a handful of camera operators and production staff to liaise with Team GB and the OBS setup. In a sense the decision was made easier by the IOC only permitting two people per mix zone, so that meant no sound ops or producers (in those athlete interview areas). 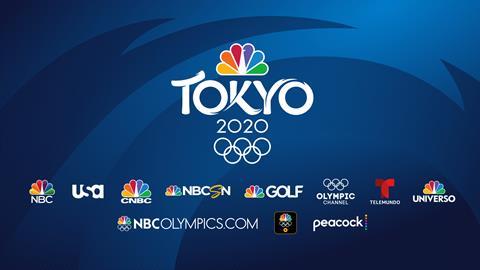 NBC will be taking HD 1080P HDR feeds from Tokyo and upconverting some of it to UHD.

The production hub is at Dock10 where studio 3 is the main presentation studio, studio 4 houses all post operations and studio 10 caters for commentary including 10 off-tubes. Dega Broadcast is providing extensive additional facilities including edit bays alongside facilities at Dock10 and nearby BBC Quay House.

The biggest technical casualty of the BBC’s Covid-hit Olympics has been derailment of plans to broadcast at least some of the action in 4K HDR. The requirement to backhaul 4K streams back to the UK for production was deemed too costly in terms of bandwidth.

They had more luck with the studio presentation. “Usually, the plan is to give a sense of being there,” says Chakraborty. In Rio the BBC had a set-up on Copacabana Beach.

“For Tokyo the main consideration was the time difference which meant that all our daytime output would be prime evening time over there. That would create a very dark background which wasn’t great.

“So early on we had decided on a virtual set. Now we’re doing everything in Salford that turned out to be a very wise decision.”

The physical set design and build is by Toby Kalitowski at design house Scott Fleary and the virtual studio design is by Jim Mann at Lightwell with graphic company MOOV executing production. It apes a huge Japanese rooftop pagoda. The lighting director is David Gibson. This is largely the team that worked on the BBC’s FIFA 2018 studio.

“It’s complicated in that it has got multiple presentation areas. There’s a main presentation platform and also a garden area and a separate runaway. The tricky part is that while it’s three levels to the viewer it’s only one physical space so making sure everybody’s in the right place is important. You can’t physically hand from one level to the other.”

Contribution is via 10Gb fibre connections managed by Telstra to the UK which connect into the BBC network in London and then are delivered to Dock10 studios. An additional smaller connection provides some protection. Like NBC, the BBC is not using OBS’ Cloud service, instead relying on traditional Ethernet connectivity.

While the BBC will deliver the same amount of live coverage – 330 hours – as it did from Rio, its Olympic rights are now sub-licensed from Eurosport which limits the number of sports it can cover live. While popular sports like athletics remain free to air in the deal struck with Discovery, fans of niche events like hockey and badminton will only be able to follow all the action on Eurosport. The BBC will have red button interactivity but its digital platform will not be hosting multiple streams as it did for Rio.

“The Olympics is brilliant for viral moments. It’s about being nimble enough to spot where those moments are,” Ron Chakraborty, BBC Sport

“Breakfast is key,” explains Chakraborty. “Everyone is waking up and wanting to know what has happened overnight especially where some major sports like rowing and the swimming finals have taken place. It would be easy to make breakfast a 3-hour catch-up show but there’s lots of live sport happening then (diving and boxing finals, track cycling) as well so we’ve an editorial balance to strike with breakfast.”

Primetime in Japan includes athletics and gymnastics, which will be shown live from 11:00-14:00GMT followed by UK primetime highlights from 19.30-21.00 every night on BBC One.

Digital is also editorially important for the BBC. It will publish to the usual social channels including TikTok and Snapchat.

“The Olympics is brilliant for viral moments. It’s about being nimble enough to spot where those moments are. We can predict when some great Team GB moment and medal moments are going to be but tracking 33 sports to catch that magic piece of content is the trick.”