With offices in 35 cities, Vice creates 1700 pieces of content daily across its multiple lines of business - and is now is putting in place production systems to help foster collaboration and unified workflows across the global group. The team in charge of production transformation tell IBC365 what is being done. 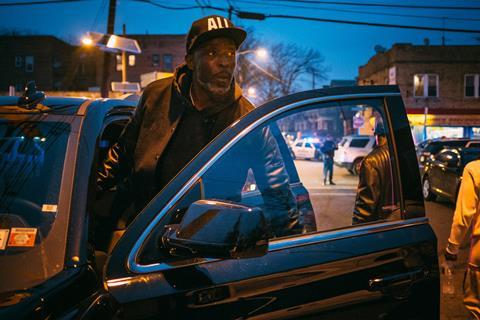 Vice Media Group has come a long way since the launch of the original youth-focused Vice magazine in Montreal in 1994. With investors now including Walt Disney Co, A&E Networks and founder Shane Smith, Vice has diversified from its publishing roots into digital, film, TV and commercials.

The group now has offices in 35 cities across the world and makes 1700 pieces of content daily through five key lines of business: Vice.com, its international network of digital content; Vice Studios, a feature film and television production studio; Vice TV, an international television network; its News division; and Virtue, a global, full-service creative agency with 21 offices around the world. Within the group there are also numerous subsidiaries such as Pulse Films, i-D and Refinery29. All told, there are some now 3000 employees within Vice Media Group.

With such a diverse, prolific and global range of companies producing content, Vice was keen to put in place production systems that could be used across the group to help foster collaboration and effective, unified workflows. 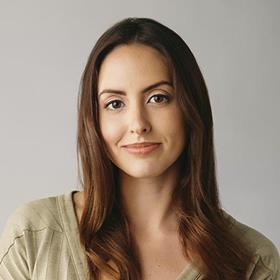 “Danny and I come from two very different backgrounds,” says Gauthier. “We’re both from production, but different sides of it – so we complement each other in that sense. We are really looking at the production transformation piece from two perspectives.”

Developing unified workflows
Gauthier and Elias sit between the Vice Media executive leadership and the company’s production community. They work with Vice’s media technology and IT teams to put in place new production technology strategies that are in line with the vision of the executive leadership. They also make sure that unified production processes are implemented on a global basis, rather than in silos, at Vice companies.

In the first instance, Vice Media carried out an audit of its global production processes, spanning finance and operations through to how people collaborate when making content. Informed by the audit, Gauthier and Elias have been working since then on a number of projects for Vice’s production teams, introducing systems that aim to break down barriers between the individual production units, companies and countries.

One of these is a talent network, which gives Vice production teams access to global talent that the company works with. “We’re creating an internal community of resources that exists from onscreen talent to production crew to creatives – so really any type of collaborator,” says Gauthier. She stresses that security is key to the system to ensure that talent profiles are confidential.

Another focus for the production transformation team has been social media posting, in particular trying to compress the time it takes to shoot, edit, publish and share content. Vice has long prioritised posting original content on social media, but there had never been a systems-based approach for doing so.

Over the past year, Vice has “reimagined the social posting experience”, says Elias. It has built a new app with its own UI that means anyone posting doesn’t need assistance from design teams or post production to create assets for social feeds. It’s also linked into Vice’s editorial and media asset management tools. “It really is quite unique and custom built,” says Elias. “It makes it really easy to create something that is on brand.” Other teams can then take the content and easily localise it and post it in other feeds in other languages.

“Out of the response to Covid-19, we’re seeing even more of a borderless approach to content,” Michele Gauthier, Vice

Like every other media company, Vice has also focused moving post production operations to the cloud. Being a global company, it has sought to centralise its media asset management under a single cloud-based operation. The company already has extensive cloud-based operations in terms of approval and reviews and sending files. It is now in phase two of its cloud focus, with an emphasis on simplifying processes for everyone. 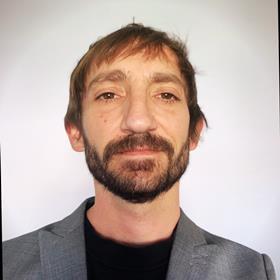 A global overview
Vice has also partnered with media management system specialist Wolftech to build a global shared production planning tool, which manages all types of content from ideation through to publishing and is fully integrated with Vice’s MAM and video library. Essentially, it provides a global overview of everything that Vice Media is working on, albeit with secure permissions.

Elias says the platform is very flexible and takes into account the different workflows of each area of business of Vice companies – say for a TV production or a social-first production. It allows ideas and projects to be shared across the company. “At an executive level, you can have clarity of what we’re coming up with, what are the types of productions we do and how to best utilise those,” says Elias.

There is also a map function within the system which allows people to see where Vice productions are shooting in each territory. So, if someone from within Vice Media Group needs a shot from that location, they can request it.

Business without borders
Such tools are helping Vice to become increasingly borderless in the way its business units and individuals work together. Covid-19 has undoubtedly accelerated this trend too, with  remote production coming to the fore.

“Out of the response to Covid-19, we’re seeing even more of a borderless approach to content,” says Gauthier.

“As a company, I feel like we’re coming together to respond to briefs in a more diverse way in that we can collaborate between the different offices and bring different perspectives to different briefs,” says Elias. ‘Borderless thinking’ is breaking barriers between offices, he says, and sparking collaborations between productions.

Both Gauthier and Elias believe their combined experience with production, post and workflows has helped in terms of introducing new systems for the Vice production community. Gauthier says that sometimes those in charge of implementing new systems push it from a systems perspective. “But we approach it from a different angle, because we’ve both been in the weeds [of production], and that has really helped us overcome a lot of challenges.”

“As a company, I feel like we’re coming together to respond to briefs in a more diverse way in that we can collaborate between the different offices and bring different perspectives to different briefs,” Daniel Elias, Vice

She adds that Vice’s production and post production teams have been very responsive too, helping to define the workflows they need. The new production systems have not simply been built in a silo and sent out to teams around the world to use. “It’s been collaborative, and that’s something in general that Vice does really well – we really collaborate,” says Gauthier.

Another key factor in the production transformation project, says Elias, has been leadership support. “From previous experience, getting the exec backing is so important. When you are creating a function like this, you need it to come from your CEO, your COO – everyone needs to be aligned there. It’s a collaborative effort with your executive board. And we’ve been lucky in that sense.”