Trump is good news for CNN

IBC2018: CNN’s Tommy Evans says “US President makes a lot of news and news is good for CNN” 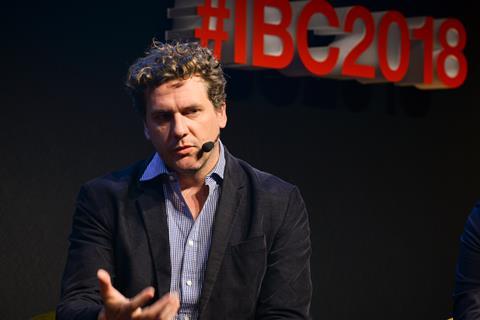 “This is the golden age”: Tommy Evans CNN

Speaking during the panel session ‘Controlled Chaos: Embracing Change in the News Media Business’, Evans said “CNN is a die-hard news organisation. Anyone generating this much news is good for us and [Trump] takes up a lot of oxygen in the room.”

“The US President makes a lot of news and news is good for CNN,” he said.

His comments come despite the fact that Trump has often criticised CNN and other news organisations during his presidency.

“This is the golden age. We have more platforms and more ways of telling stories.”

Evans said the bottom line for success is “good content”.

Compelling content as well as a balance between hard and soft news stories is critical for success because people want a variety of content, he said.

Evans explained: “You can’t expect the audience to be brutalised by bad news constantly. You have to have a healthy mix of stories.”

When asked whether satirical shows that poke fun at news shows have had any effect on companies like CNN, Evans said: “Anything that promotes the discussion of news makes news more conversational. It brings traffic to us.”