Turkey’s regulator is set to introduce new bylaws that could change the way broadcasters operate in the country, and lead to more regulation for OTT platforms such as Netflix.

The Radio and Television Supreme Council (RTÜK) and Information and Communication Technologies Authority (BTK) will introduce new rules that will force all broadcasters to obtain a license from RTÜK before airing content in Turkey.

The rule change means online content firms such as Netflix and Amazon Prime Video face tighter restrictions from RTÜK, which said it will also watch over their content.

The new rules have yet to be outlined but, should the OTT’s fall foul of them, they will have just 30 days to alter the relevant content, or risk losing their licenses for an initial three months. This could be extended dependent on further action.

The move by Ankara gives the watchdog sweeping oversight over all online content, which could potential include the news media. It follows a proposal approved by Turkey’s parliament in March of last year, and has raised fears of censorship.

Aside from streaming giant Netflix, other platforms like local streaming websites PuhuTV and BluTV will be subject to more restrictions.

Netflix responded by telling Reuters it is following the developments and still wants to continue to serve the Turkish market. But this type of regulation could lead to the service pulling certain content options, depending on what the regulator opts to restrict. 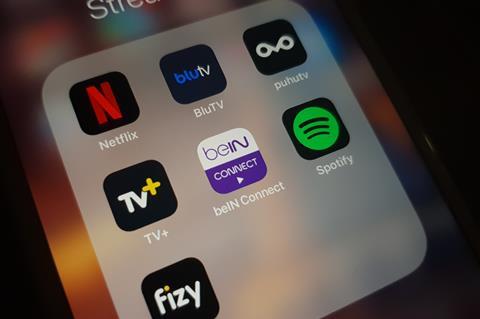 It is as yet unclear how this will affect modern ways of broadcasting content. After all, anyone can in theory be a content creator thanks to mobile technology and social media platforms.

The rules, according to a summation from law firm Baker McKenzie, will cover foreign service providers broadcasting OTT content in Turkish, aimed at citizens in the country.

The legislation raises several questions. The first, of course, is around censorship.

The move has potentially broad implications, Istanbul law professor Yaman Akdeniz told Voice of America. Considering the country’s record of blocking or punishing dissidents online, the new rules are “not a licensing regime, it’s a censorship regime,” he said.

Turkey is one of the world’s biggest jailers of journalists, according to Reporters Without Borders, placing it bottom of the annual press freedom index. Due to the lack of clarity around the new rules, several outlets have expressed concern that they could be used as a new form of censorship.

This has been denied by the head of Turkey’s media watchdog, who claims that most of the objections were ill-intentioned.

T24 quoted Ebubekir Şahin, who heads RTÜK, as saying: “”The majority of the intense criticism stems from the lack of knowledge and the habit of ill-intentioned opposition.” He dismissed claims the rules will be used for censorship purposes.

The rules were introduced as more content producers moved to an online publishing strategy due to the strict line RTÜK has taken with broadcasters. This has seen the regulator hit several channels with large fines for what it claims were broadcasts that “offended societal values”.

The OTT regulation debate
OTTs and social media giants have been under increasing pressure in recent years, as figures within the industry argue they should be treated as publishers, with all the relevant restrictions that brings.

Many of these calls, however, have been related to the risk they pose to local broadcasters. The BBC director general Tony Hall, for example, called for video streaming services such as Netflix and Amazon to be regulated to the same extent as the UK’s traditional broadcasters.

But ultimately that call, made during a speech to the Royal Television Society, was more in response to the fact that the media industry often feels like it is competing against these global giants with “one hand tied behind its back”.

“There is an impact on society. The content we produce is not an ordinary consumer good. It helps shape our society. It brings people together; it helps us understand each other and share a common national story.”

In the UK, Ofcom has limited powers to regulate Netflix because Netflix UK is based in the Netherlands and falls under Dutch rules, according to a report in INews.

The Dutch regulator, Commissariaat voor de Media, told it that it had never received a formal complaint about Netflix or its programming. By contrast, Ofcom received almost 56,000 complaints about television programming in 2018.

What is clear is that Turkey won’t be the only country to look at introducing regulations that impact the OTT providers, even if other markets do so for very different reasons.