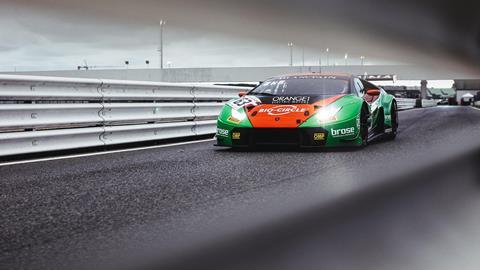 UHD and HDR: The full picture

Ultra High Definition (UHD) and High Dynamic Range (HDR) are set to be two of the hottest topics at IBC2018.

More than 100 million UHD television sets will be sold in 2018. This represents 44% of total global flat panel television shipments. Double that number again are expected to be sold in 2022. 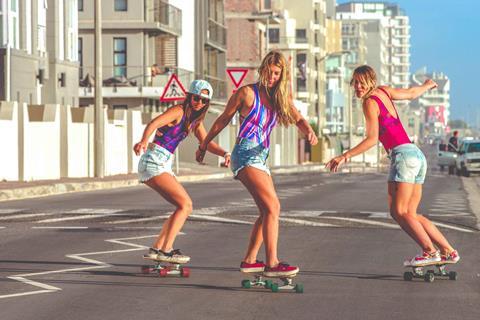 The concept of a ‘better visual experience’ is hugely subjective and open to personal interpretation and viewing environment, but there is certainly a lot more content available in 2018 than there was in 2017.

UHD content can now commonly be found on streaming services such as Netflix and Amazon Prime, while some pay-TV service providers are producing, up-converting and broadcasting UHD programming. Movies, drama, sport and natural history are common content types.

The BBC’s Planet Earth II, to give but one example, is widely considered to have benefitted greatly from UHD – providing an immersive and detailed view of the natural world that we wouldn’t otherwise have seen – while period drama series The Crown on Netflix and The Man In The High Castle on Amazon Prime look sumptuous thanks to the additional contrast and pixel count.

This year’s FIFA football World Cup and the Wimbledon tennis championships were both covered in UHD, and Premier League football has been produced that way for several seasons.

However, although TV programmes are frequently produced in UHD and HDR, and some are broadcast or delivered that way, UHD and HDR services are still the exception rather than the rule.

According to satellite company Eutelsat, the number of UHD channels available around the world is said to have grown by 26% in the six months to April 2018, taking the total number to 125.

The Ultra HD Forum, however, is a bit more conservative in its estimates. It only counts commercially available services (not trials) and says there were 51 active UHD services available around the world as of March – a figure that includes Netflix and Amazon.

The UHD services that are live include those from Comcast, DirecTV and DISH in the US, Tricolor TV in Russia, DigiTurk in Turkey and Sky Sports and BT Sport in the UK. Korea, Japan, India and China also have both channels and services.

If you think this is slim pickings, consider this: despite HD channels going live as far back as 2003, only 27% of all TV channels around the world are currently HD. This puts it into some perspective.

While the take-up may be considered slow, there are pioneers who are convinced of the need for UHD and HDR. Holland’s Insight TV is one.

Backed by TV Entertainment Reality Network (TERN), Insight TV produces sport, lifestyle and entertainment content in UHD (such as Endurance: 24 Hours of Spa, pictured above)and makes it available online via Insight.TV and the Insight channel which is carried on various platforms around Europe.

“When Insight TV took the decision to launch, we knew we had to do something very different to what was already available,” explains Chief Commercial Officer Graeme Stanley. 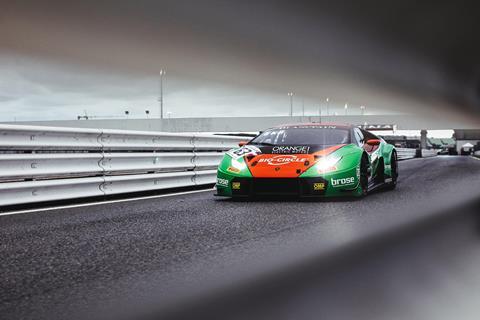 “This meant taking leadership for the type of content we commissioned and produced and also how that content was created, which left one option: UHD HDR at 50fps. This was a huge challenge, but the results show that the company made absolutely the right decision. Three years later, we’re at the forefront of this television revolution, making UHD HDR programmes.” Stanley is confident that this is only the beginning.

“The demand for higher quality production standards will see an ongoing migration to UHD as consumers demand high-quality content through the increasing numbers of UHD sets being sold annually.”

HDR is an important part of the Insight TV offering, and it shoots all of its content that way.

But while Insight, and both Netflix and Amazon, are pushing HDR hard, not everyone is convinced.

Of the 51 services listed by the Ultra HD Forum, only 12 offer some sort of HDR, whether it is HDR10, Hybrid Log Gamma (HLG), Dolby Vision or a combination thereof.

BT Sport Chief Operating Officer Jamie Hindhaugh is not convinced about the current demand for linear HDR broadcasts. “I’m still a great believer that there are not enough screens out there or devices compatible to be able to tell you to take the HDR rather than the SDR feeds,” he says. “It feels wrong to say we’re going to broadcast [something in] HDR and to say it’s backwards compatible when no one can actually watch it in HDR.”

With this current landscape, of haves and have-nots, ifs and maybes, you would think it would be difficult for technology manufacturers and developers to know which way to turn.

Vendors’ views
Despite the relatively slow roll-out of services, Sony Strategic Technology Development Manager Peter Sykes is of the opinion that UHD and HDR are fast becoming a staple part of the broadcast industry.

“UHD and HDR are empowering creatives and content creators regardless of what genre they are working in, opening up new opportunities to redefine clarity,” he says.

“We’ve seen a widespread demand for products across all touch points – from entry-level handheld cameras to high-end broadcast cameras used on high-budget productions – and anticipate this growing, particularly as IP accelerates as a gateway to HDR content. Increasingly we’re seeing UHD and HDR moving outside of the realms of big-budget productions to the full production spectrum.”

Thanks to a string of high-profile live events, Avid is viewing 2018 as being a big breakthrough year for UHD.

“We’ve seen a change in tide with the adoption of 4K,” argues Ray Thompson, Director Broadcast and Media Solutions Marketing at Avid.

“Major sports events including the Winter Olympics, World Cup and Wimbledon – plus Premier League and the March Madness/Final Four basketball – are all contributing to the growing delivery of 4K content in the mainstream market. Consumers are continuously looking to watch exhilarating content in the highest definition possible, which is reflected in the availability of UHD on a range of on-demand platforms including YouTube and Netflix.”

What to see at IBC2018 The software-defined storage platform Avid NEXIS; the video server FastServe; and expanded HDR support for Media Composer.

Blackmagic Design (BMD) has been building provision for UHD formats into its products since 2013.

“Interest from customers had been great from the beginning, given the appeal in the image quality and clarity 4K offered,” says Craig Heffernan, Technical Sales Director at BMD. “However, it was clear that UHD would take a few years to gather pace, as delivery platforms and consumer interest had to be in place for content production to make sense in 4K.

“We took the decision early on that we would build UHD format support into existing products alongside HD and provide customers with the choice of switching when they needed to. It meant that we could assure them that investing in 4K formats shouldn’t come with a premium and they could start to offer 4K content to their customers based around HD budgets and planning.”

What to see at IBC2018 DaVinci Resolve, which has a full HDR toolset and supports Dolby Vision, HDR10 variants and HLG.

AWS Elemental Solutions Marketing Manager Dan Gehred acknowledges that there is still nervousness when it comes to UHD and HDR.

He says: “There are concerns about more cumbersome workflows, and increased processing and storage costs due to the proliferation of HDR formats in the market and the resulting requirement to deliver HDR content in different formats for different distribution platforms.” 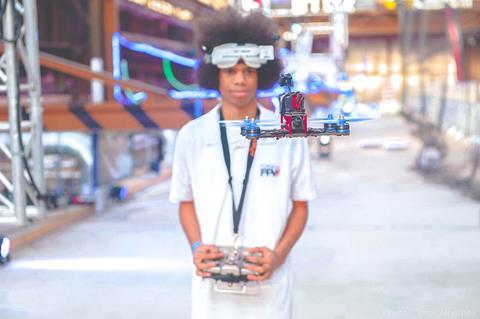 Cost is another factor, he adds, before pointing out that AWS Elemental’s software-based approach, and the use of “advanced video compression” techniques, can reduce the need for large capital investment.

Gehred says that broadcasters, distributors and OTT providers who want to launch UHD and HDR services tend to turn to AWS Elemental because he company supports multiple formats and standards, and “has the ability to add additional formats with simple software updates”.

What to see at IBC2018 Technology for HDR video conversion and playout; Dolby Vision processing for VoD distribution; live and VoD packaging and delivery in fMP4/CMAF formats; and IMF content processing.

With perceived wisdom suggesting that HDR, and not UHD, is the sweet spot for consumers and creatives alike, Ikegami is putting a lot of emphasis on contrast and colour depth.

“HDR enables our customers to capture a much wider dynamic range than was previously possible,” according to Ikegami Electronics UK General Manager Trevor Sword.

“It allows a much wider range of lighting levels to be captured within a single exposure setting, eliminating the need to adjust the exposure in mid-shot. The difference in picture quality is nothing short of stunning when viewed on HDR-compatible displays.”

What to see at IBC2018 The 4K-native HQLM-3125X HDR broadcast production monitor; the HDK-99 docking-style camera for portable and studio applications; and the UHK-430 4K HDR camera.