The UK government has announced a new consultation into the future of the BBC licence fee that could threaten a major overhaul at the Corporation. 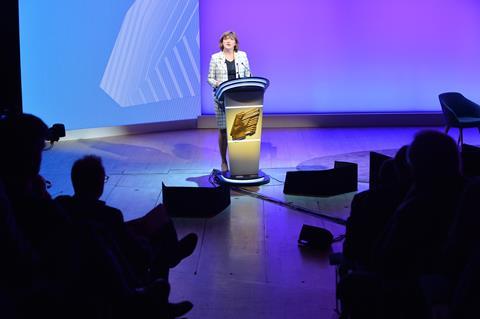 The review comes just five years after the Perry Review, which looked at the same issue, concluding that the criminal penalty remained appropriate under the current model.

In a speech deliver today, digital minister Nicky Morgan warned that the BBC and other public service broadcasters must “move with the times to remain relevant” and to combat the growing threat of OTT providers such as Netflix.

Morgan said the changing landscape of the industry and viewing patterns means “it is right to look again at whether the criminal sanction is still appropriate”.

The consultation, which will last eight weeks, will seek views on whether the government should replace the criminal sanction with an alternative civil enforcement scheme. The BBC has previously claimed decriminalisation could hit its budget for as much as £200 million a year.

This comes at a time when the corporation has recently announced significant job cuts to its news division, as it looks to make £80 million of savings.

Morgan will also announce a flexible payment scheme for the TV licence, which will allow “vulnerable people, including those over the age of 75” to split the bill into instalments.

In a statement, the BBC said: “A detailed government-commissioned review (in 2015) found the current system to be the fairest and most effective.

“It did not recommend change - in part because the current system is effective in ensuring payment with very few people ever going to prison.

“If there are changes, they must be fair to law abiding licence fee payers and delivered in a way that doesn’t fundamentally undermine the BBC’s ability to deliver the services they love.”

It comes as the BBC board seeks a new director general, to take the place of Tony Hall, who is set to leave in the summer. Hall’s successor will be tasked with implementing the outcomes of the Government’s review.

In her speech at Policy Exchange, Morgan likened the current state of the UK broadcast industry to that of video rental service Blockbuster Video.

She said: “When Netflix launched in 1997, Blockbuster was the heavyweight of video rentals, with almost 3,000 stores around the globe. And although the Netflix mail order delivery model had some success, Blockbuster remained dominant.

“Three years later, when Netflix came to Blockbuster and proposed a $50 million merger offer Blockbuster felt confident in turning them away. Now Netflix is worth $65 billion - 1,300 times the offer they made to Blockbuster at the start of the millennium.

“And now Blockbuster has gone from thousands of stores to just one - a shop in Oregon which has remained open as a sort of museum for people who want to see what a video cassette looked like.”

Netflix, she added, saw a change in direction in the way viewers consume video content, ultimately becoming one of the largest sources of internet streaming traffic in the world.

“Public service broadcasting is too important to allow it to become a historical relic like Blockbuster,” she added.

“Our mission as a Government is to encourage a varied and diverse media, which is well equipped to meet the challenges of a digital age,” Morgan concluded. “And the best way to do this is to make sure that the BBC, and our PSBs, remain relevant, accountable and offer the best possible value and content.

“We make no apology for being bold and ambitious about how we make this happen. Because at times of unprecedented change, as Blockbuster demonstrated, the question of relevance is the most important question of all.”