Esports is emerging as an exciting new market bringing together players from the broadcasting, gaming and sports industries, writes Ian Volans. 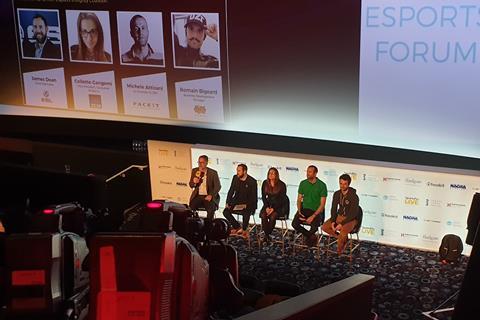 Broadcasters aren’t the only demographic trying to figure out what impact esports might have on their industry: based on a number of very well attended sessions at the recent SportsPro Live event in London, professional sport is too.

For the benefit of novices, speakers agreed that the term “esports” is not entirely useful. Introducing a panel discussion on where the esports and gaming business is heading, Ian Smith Integrity Commissioner at the Esports Integrity Coalition described the term as a slightly misleading umbrella term covering a variety of games that are lumped together in the same way that the Olympics lumps together 26 or 28 different sports. “Just like the Olympics, we have the 100m men’s final at one end watched by 1.2 billion people and we have synchronized swimming at the other end watched by 12 people. Esports is exactly like that,” said Smith.

Smith placed Counter-Strike Global Offensive (CS: GO), League of Legends and Defense of the Ancients 2 (Dota2) at the Usain Bolt end of the esports spectrum, with Overwatch and Rainbow 6 being in a second tier not too far behind while other games such as Starcraft, which was massive until a few years ago, are in decline. Each game has its own characteristics, attracting its own community. It’s the engagement of these communities which is of interest to professional sporting bodies, and a potential competitor for the attention of broadcasters’ viewers.

In a keynote, Wouter Slijffers, CEO of Fnatic said he felt “professional gaming” is a more intuitive description. Fnatic owns ten professional teams across the globe, including a League of Legends team which won the world championship in 2011 and was runner up in 2018 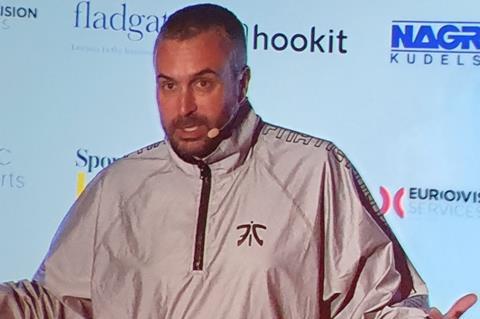 Slijffers suggested that the estimated esports audience of 1.8 billion represented a quarter of world population or 40% of the online population. The sector is projected to be worth US$1.1 billion in 2019 rising to US$1.8 billion in 2022, a very healthy compound annual growth rate of 22%. The excitement about esports rests on adage that “there’s money in eyeballs.”

Media rights market
There are four key stakeholder groups at the core of the esports ecosystem: the publishers who develop and release the games; platforms that facilitate the broadcast of games to audiences worldwide; organisers of live events that are filling arenas with increasing regularity; and pro teams.

Associations are emerging as the maturing ecosystem recognizes a need for governance structures. For example, World esports Association (WESA) is an open and inclusive organization that aims to professionalize esports in areas such as player representation, standardized regulations, revenue shares for teams as well as establishing predictable schedules for fans, players, organizers and broadcasters. The Esports Integrity Coalition is a not-for profit members’ association that works with esports stakeholders to protect the integrity of competition, investigate all forms of cheating including match manipulation and doping and impose sanctions on offenders.

Slijffers outlined the increasingly diverse revenue streams that help fund professional esports teams. Sponsorship and partnerships are key with brands keen to tap into esports for content-led campaigns. To support this, Fnatic has an in-house content studio and offers talent services. Having protected its trademarks in key markets worldwide, fans are monetized through merchandising – Fnatic has its own global e-shop and opened Bunkr, the world’s first esports concept store, in London’s Shoreditch tech district in 2016.

A media rights market is beginning to develop but Slijffers said that it was “yet to be proven” how teams would share revenues with the leagues who were doing the deals. Twitch has paid $90 million for exclusive streaming rights for the Overwatch League for two years but BAMTech’s $350 million six-year deal reported in December 2016 for exclusive rights to stream League of Legends unraveled before it started. In May 2018, ESPN+ stepped in with a replacement deal of undisclosed value.

Sponsorship and partnerships are key with brands keen to tap into esports for content-led campaigns.

One area which highlights the similarities between sport and esports and the cultural differences between North America and Europe is in commercial relationship between leagues and teams. Depending on the game, open leagues and tournaments are more common in Europe while the model in North American is more often closed franchise, publisher-controlled, leagues.

Romain Bigeard, business development manager at Riot Games, was one of the SportsPro Live panelists. Riot Games released debut title League of Legends in 2009 and it has gone on to become one of the most played computer games and a driver of the esports phenomenon.

Bigeard’s career started in the open leagues with promotion and relegation in Europe. One of the downsides of the European approach was that because of the short esport business life cycle – six to nine months – a team could get relegated three months into a sponsorship deal. When he moved to America, he realized that the franchise system gave teams - the “weak-link in the overall ecosystem” - time to negotiate and activate sponsorship deals that work for partner brands.

Michele Attisani, co-founder of FACEIT, agrees with Bigeard: “From a commercial standpoint, and from a business standpoint, I think a franchise is brilliant because it gives the ability to invest for the long term.” FACEIT is a global online esports platform with 12 million users playing more than 15 million game sessions each month. Key objectives in developing the platform were to make it as social as possible in order to build communities around the games they support and to integrate Twitch, YouTube. The company has also branched into hosting major live events such as the FACEIT CS:GO Major which sold-out the Wembley Arena in September 2018 and was broadcast live on Sky Sports’ website, YouTube and Facebook channels.

With more money coming in, Attisani says that with the approach adopted by Riot with League of Legends and Blizzard with the Overwatch League there is greater stability for the teams, the players, the brands and the leagues. However, he cautions that the long-term consequences of the model are not fully understood. Stability comes at a cost: at the time of the ESPN+ deal, Bloomberg reported that League of Legends teams were paying between $10 million and $13 million for franchises.

The FACEIT founder firmly believes that esports success depends on having a strong and very engaged competitive community and large fan bases for the games. “You need to make sure that as you build a franchise you also maintain the overall health of the ecosystem for the game.”

Open ecosystem
James Dean is CEO of the UK subsidiary of Turtle Entertainment GmBH, owner and operator of the ESL brand which runs a number of esports platforms, national and international pro leagues and produces and broadcasts gaming events live and globally. He warns that it is easy to lose sight of the fact that all games publishers are some sort of commercial entity and that unlike die-hard football fans who are unlikely to abandon their club, esports fans can quite easily move away from one game to another. Dean believes that an open ecosystem below community-based franchises is the best combination to sustain an aspirational path for talent from lower levels. “We have to encourage the talent, but you need the commercial infrastructure to sustain the business model,” he said.

ESL created the World esports Association (WESA) to create an alternative structure capable of giving players that aspirational path to the top, but with sustainability. ESL’s CS-GO Pro League will be run under the auspices of WESA in 2019.

Collette Gangemi, VP of consumer products and merchandising for New York Excelsior, a pro team in the Atlantic Division of the Overwatch League team, is part of a community-based franchise in New York City. She observes that having the IP rights combined with the ability to create fandom and a community is hugely important and gives confidence for investment. “We’re New York and will continue to invest in franchise-based models: first with the Overwatch League and with others launching very soon.”

There is growing interest in esports among traditional sports: for example, FACEIT has been working with NHL. Attisani says the NHL Gaming World Championship which enters second year in 2019 has been “phenomenal” in revitalising the NHL brand and its relevance to younger audiences.

2018 was the second year of Formula 1’s involvement in esports, and the first year of official teams: nine out of ten of the F1 teams participated. A total of 66,000 entered the four qualifying rounds and the final was watched live by 1.2 million on TV and a further 3.2 million on a dedicated livestream. The competition generated 100 million social media impressions and 20 million online views of F1 esports content. For F1, esports creates “material fan engagement and commercial opportunities.”

Soccer has also jumped on the bandwagon: FIFA has revamped its FIFA eWorld Cup for 2019 with qualification through EA Sports FIFA19 Global Series. While in England, the ePremier League 2019 final was broadcast live on Sky Sports in March. 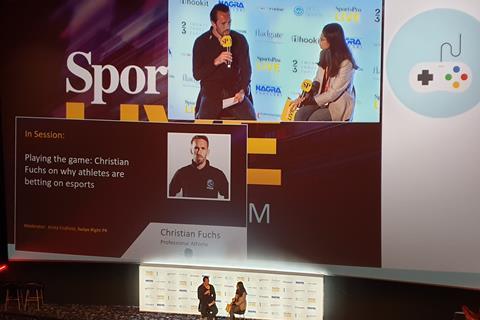 Christian Fuchs, a member of the 2015-16 Leicester City squad that famously disrupted the oligopoly that has dominated the English Premier League, has set-up his own pro team - #NoFuchsGiven – that competes in FIFA19 tournaments. Fuchs told delegates at SportsPro Live that he has bought a 36-acre sports complex in New York and is planning to build a dedicated thousand-seater esports arena which will be the biggest in the city.

For digitally native younger demographics there is little doubt that esports is a rival to both broadcast and traditional sports. Only time will tell how the three sectors will learn to co-exist.