As the number of on-demand and streaming services continues to grow, the onus on content providers to get it right from day one becomes ever-stronger. Launch without a site that is aesthetically pleasing and easy to navigate, and the chances of establishing a robust and enduring customer base could be significantly decreased.

It’s an issue that may well be occupying the minds of the team behind BritBox, the BBC/ITV streaming service that went live earlier this autumn. A cursory glance at the online customer reviews confirms that initial impressions have been less than favourable, with users unhappy about perceived streaming limitations and the overall user experience (of the 103 reviews posted on Sitejabber, 69 have a rock-bottom 1 star).

With both the BBC and ITV continuing to operate their own successful separate catch-up services, it appears that some fine-tuning will be required if BritBox is to establish a sizeable audience of its own.

Providing an offer that is distinctive and content-rich is obviously an important part of developing any new service - but so is the incorporation of an effective user interface and overall user experience that does not leave the consumer scratching their head. In this context it’s unsurprising that the UX/UI developer sector continues to expand, with AI expected to become increasingly fundamental to content discovery. 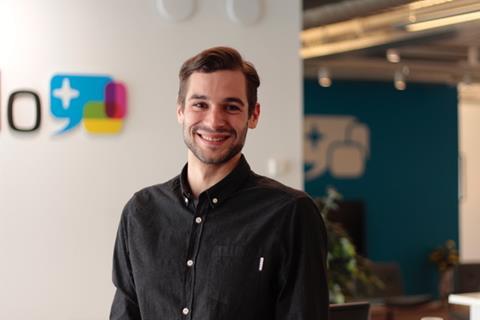 Accedo’s Vincenzo Francia: UX is “quite different” across different platforms

Vincenzo Francia is UX and design manager EMEA and Latin America at Accedo, which specialises in developing applications, tools and services for TV and online platforms. He does not deny that “keeping up with the changes of content type and user expectations” has become more challenging in recent years, although he pragmatically adds that “of course, it is my job to do so!”

Francia agrees that ease of navigation is the number one priority for UX design, but implies that it would be a mistake for consistency of feel to be expected across different platforms. “The user experience is likely to be quite different when one goes from smartphone to connected TV to laptop to tablet,” he observes.

As with so many aspects of OTT, the development of platforms for sports services continues to lead the agenda for UX as a whole. “There is an expectation among sports fans that - whatever the platform - they will be able to access content in the highest-possible quality,” says Francia. “At the same time, they are seeking more dynamic control over the material so they can access what they want, when they want, without the [danger of becoming overwhelmed by the volume of content].”

One specific way in which this is manifesting itself is an enhanced ability to follow a specific team or even individual sports stars across platforms. “More and more, the top layer [of the UI] needs to allow people to follow individual teams or players, along with all the information and content that relates to them,” says Francia.

As well as robust search capabilities, this more personalised experience is leading UI/UX developers in the direction of increased social media integration. “There is a lot of attention being given [in the industry] to how we can make the experience of watching sports a more social occasion,” he says.

Francia also pinpoints AR and VR as technologies to watch. Over the next few years, he suggests, there will be more emphasis on “immersiveness and bringing the user to the fans - and vice versa. I think there will be a great deal of activity with regard to interactivity, and that will be reflected [in the next generation of UI].”

With the direction of travel abundantly clear when it comes to the amount and diversity of content, it stands to reason that minimising content discovery times will be integral to the UX of the future. Stockholm-based tech company Vionlabs has been much concerned with this issue of late, and at IBC2019 launched a content discovery platform that employs AI and machine learning to understand the “emotional context” of content and uses that data to facilitate more accurate discovery. 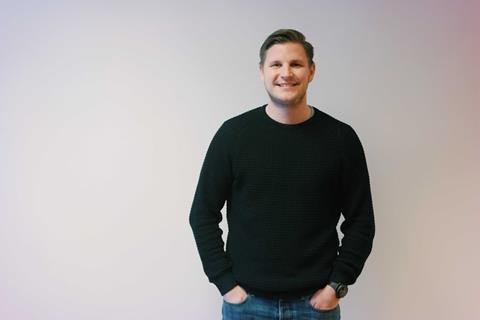 At present, says Vionlabs CEO Marcus Bergström, “most content discovery recommendations rely on external metadata sources for information on the video content in an operator’s catalogue, which usually results in poor recommendations and is why viewers are spending at least 25% of their screen-time looking for something to watch.”

This situation has become acute with the average consumer presently “willing to commit to around three video subscriptions at a time. [Hence] there is a pressing need for operators to improve consumer engagement and monetisation opportunities if their service is not one of them.”

With its AI-based content discovery platform Vionlabs says it is giving operators “the capability to analyse each video in great detail and combine this with the viewer’s watch history. Metadata will still play a role in content discovery, but we don’t believe that it can provide relevant enough content recommendations on its own. AI has enabled us to completely rethink the metadata paradigm; we use a number of different neural networks to find patterns in colours, camera movements, objects, stress levels, positive/negative emotions, audio and many more elements of the content.

“By analysing all these variables we are able to produce a fingerprint time throughout the content, and the AI engine then learns what matters and how changes in the fingerprint timeline are connected to other pieces of content in the library that individual viewers will enjoy.”

If you enjoyed this film… 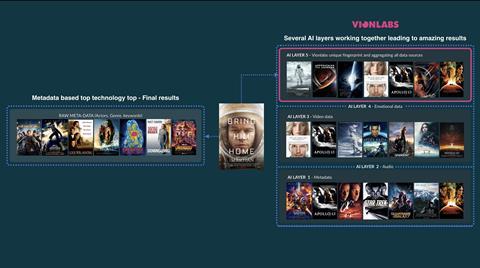 AI will allow content discovery to become more subtle and sophisticated, implies Bergström. “Take the James Bond franchise as an example. If a viewer watches Dr No, which is a slower-paced, less action-packed film than the more recent output, then the operator can provide them with recommendations for films of a similar pace rather than offering up Casino Royale, which is an adrenaline-pumping action film, simply because it’s also in the James Bond franchise. Similarly, if a viewer watches a horror movie late at night, it’s unlikely that a viewer will want to watch another dark, intense film right before they go to bed. Instead, operators can provide recommendations for bright, light-hearted comedies that relax the viewer and bring their excitement levels down. AI can anticipate the user’s programming needs, which in turn provides operators with a more engaged audience.”

No one would dispute Bergström’s assertion that UX will be “one of the key differentiators” for OTT services in the future, and that as customisation is enhanced there is likely to be a gradual move away from more conventional, carousel-style layouts.

“As an example, we are proposing that operators remove carousels and instead work with ‘paths’ based on the mood profile built for each user and time of day. So instead of presenting thumbnails in 10-plus swim-lanes, the user should be presented with 3-4 different mood-paths as well as options that reflect how they’re feeling [at any given time].”

The current surge in OTT services will surely slow over the next few years, and a period of consolidation in a now-crowded sector seems almost inevitable. As the market eventually settles down it will be those services who can both anticipate and respond to users’ tastes, moods and time constraints who will be best-placed to prosper.