Colouring in the white spaces

In the third and final part of a series of articles on the innovative ways in which broadband access is being rolled out around the world we examine how unused broadcast frequency could be repurposed to provide internet access.

From Twitter to Whatsapp and Apple to Amazon, the assumption today is that everyone is online. The internet is our source of news, entertainment and of access to vital information.

It can be the home of false information and fake news, of course. But even then, the quickest way to fact check and to sort the reliable from the risible is to use the internet. We interact with health care, social services, shopping and banking online.

Which is fine, if you have access to good broadband speeds, preferably both over a fixed line and while moving around.

But 34 million Americans – more than 10% of the nation’s population – still lack a broadband connection.

In the UK the situation is a little better, but Karen Bradley, the Culture Secretary, recently announced a policy that would ensure every home and business in the country would be connected to broadband, which she defines as a minimum of 10Mb/s. Target date for completion is the end of 2022. The technology to be used is still unclear.

One solution which is gaining ground is the use of so-called “white spaces”.

Simply put, these are the frequencies within the radio spectrum – and for this purpose we are talking about the television transmission band – which are not allocated to broadcasting.

In analogue days there was a lot of white space, because adjacent transmitters had to be on widely separated channels to avoid interference. But surely the point of the digital transition was to achieve much better spectrum utilisation and thereby release channels for other purposes?

The answer to that depends rather on where you are.

In much of Europe, part of this spectrum was auctioned off to provide new services, including 4G and LTE mobile data.

There remains a substantial swathe of unused frequencies, albeit at different frequencies in different places.

There are, though, some users already working in white spaces. Ofcom in the UK refers to PMSE, or programme-making and special events devices, using white spaces. The most obvious of these are wireless microphones. 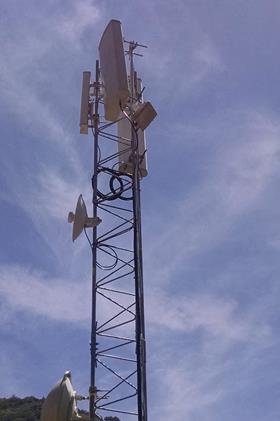 Other applications looking for spectrum include medical telemetry, connecting monitors and support machinery in hospitals and clinics. The proposed growth in the internet of things also promises to be bandwidth-hungry.

Through unused channels and guard spaces, a surprising amount of bandwidth is available. To accommodate different users competing for the bandwidth, and to ensure there is no interference with the established television channels, space will need to be dynamically allocated, calling for a central database and management layer.

Google is doing this in the US under license from the FCC.

According to its website it is looking to extend this service to other countries. Spectrum Bridge offers spectrum investigation tools for the UK and Singapore as well as North America.

Assuming it can be fairly managed, this bandwidth could be a solution to the rural broadband issue. One vendor, Carlson Wireless, suggests reaching a radius of 10km from a typical access point.

Three years ago, Ofcom in the UK started trials on delivering data via white spaces.

Test projects included bringing the internet to not just the Orkney Islands in the far north but the ferries that served them. At the other extreme, white space internet was used by London Zoo to offer live streams of meerkats and Galapagos tortoises to animal fans.

“We will invest in the upfront capital projects needed to expand broadband coverage” - Brad Smith, Microsoft 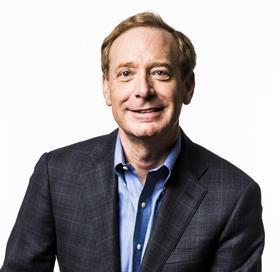 Microsoft has also entered the debate, with a major initiative to improve rural broadband access by using white spaces across the US.

“We’re prepared to invest our own resources to help serve as a catalyst for broader market adoption of this new model,” said Brad Smith, President and Chief Legal Officer of Microsoft, in a recent blog post.

The project is called the Rural Airband Initiative, and the aim is to eliminate the rural broadband gap within five years. There is a symbolic target date of 4 July 2022.

“Our goal is not to enter the telecommunications business ourselves, or even to profit directly from these projects,” Smith said.

“We will invest in the upfront capital projects needed to expand broadband coverage, seek a revenue share from operators to recoup our investment, and then use these revenues to invest in additional projects to expand coverage further.

“After all, if 23 million additional customers can access the internet at broadband speeds, every tech company in America will benefit.”

Microsoft, in partnership with The Boston Consulting Group, has published a detailed white paper on the proposal. It suggests that using white spaces would cost between $10 and $15 billion to plug the broadband gap. 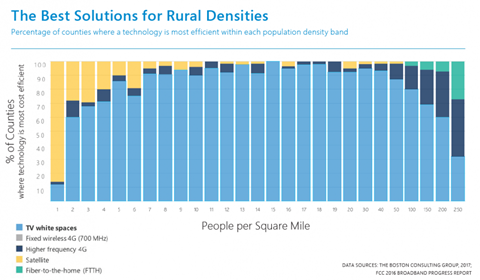 Using 4G wireless to achieve the same goal would be in the $15 to $25 billion range, and installing fibre across rural areas would cost $45 to $65 billion.

Microsoft will throw in its many patents in the field. In return, it asks that the FCC keeps sufficient white space clear for this to remain a viable long-term solution.

And that is where the problem starts.

“It is the height of arrogance for Microsoft – a $540 billion company – to demand free, unlicensed spectrum after refusing to bid on broadcast TV airwaves in the recent incentive auction,” said Dennis Wharton, NAB executive vice president of communications.

“Policymakers should not be misled by slick Microsoft promises that threaten millions of viewers with loss of lifeline broadcast TV programming.”

That is a robust response, and perhaps reflects the fiercely political agenda that governs communications in the US.

Indeed, it should be noted that the FCC has been making plans for protected white spaces since 2008, with the current rules regime in place since 2012.

The incentive auction to which Wharton referred, designed to rationalise the use of television spectrum in the US, introduced a degree of regulatory uncertainty, but with the completion of the auction that is now removed. The rationalisation reduced the amount of white space available, but the FCC already has rules in place for its use.

Elsewhere there is a growing recognition that broadcast and non-broadcast services can share the same space.

The EBU is collaborating with other bodies to achieve technical harmonisation, while acknowledging that the actual spectrum allocation remains at the national level, so users will need to make separate negotiations in each country.

Singapore has an established regulatory framework for television white spaces, which it refers to as “super wifi”. Details of other published plans can be found at the website of the White Space Alliance.

Whether as a sort of super wifi or a means of connecting to local hubs, white space seems to be a potentially very attractive means of providing broadband in rural areas which would otherwise be hard to reach. It has the broadcast reach of satellite broadband, without the latency.

The next stage will be to see how well it works in large-scale proof of concept projects.

Microsoft’s initiative – 12 projects in 12 states – would seem to be a good place to start.