VR has made “considerable creative strides” in 2018

IBC2018: Sky VR Studio Technical Director Richard Mills points to some of the best VR work being produced to show how the medium is developing.

The medium of virtual reality has made considerable creative strides in the last year. That’s the opinion of Richard Mills, Technical Director of Sky VR Studio & CEO of VR production company Imaginary Pictures. 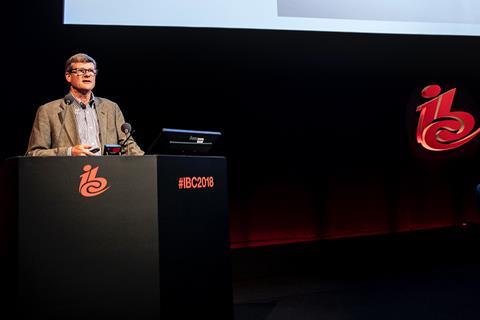 Headlining an IBC conference strand on interactive and immersive experiences at IBC, Mills said: “In terms of technology there have been gentle improvements in headsets and the work of companies such as Ultrahaptics in creating touch sensations using ultrasound is very exciting, but the last year has really been about making considerable creative strides in VR.”

Mills pointed to significant works such as artist Mat Collishaw’s Thresholds, a VR recreation of the world’s first major exhibition of photography in 1839. “It’s got great atmospherics, the audio soundscape is fantastic and it’s a well-curated multiplay experience.”

Theatre director Jordan Tannahill’s VR experience Draw Me Close – a VR experience exploring the relationship between a mother and her son in the wake of her terminal-cancer diagnosis is another great example of amazing VR storytelling, said Mills. “It’s a harrowing story – a really emotional experience.”

Star Wars – Secrets of the Empire, ILM and The Void’s attempt to push the boundaries of VR, is also a great VR multiplayer experience with real world tracking, haptics and a proven revenue stream, said Mills, who also singled out Sandbox VR’s The Curse of Davy Jones and Deadwood Mansion for praise.

At Sky Mills has innovated with VR in a range of genres. The broadcaster’s latest is a VR experience of its new fantasy drama A Discovery of Witches, based on Deborah Harkness book All Souls Trilogy. “The experience allows you to embody one of the main characters and navigate the experience using hand controllers.”

“There have been significant advances with interactive drama in VR,” said Mills, who also pointed to Sky Italia’s drama Gomorrah which has produced a VR bridging episode between different series.

Sky has also created a VR experience with David Attenborough highlighting parts of the Natural History Museum in London’s collection. Attenborough was digitally recreated as a lifelike 3D hologram for the experience using volumetric capture techniques at Microsoft.