From AI to M&A, Dick Hobbs picks his way through the marketing buzz to predict what visitors might be talking about at NAB 2018.

Before we even get to the technology, one hot topic is sure to be mergers and acquisitions. Most notably, of course, was the recent acquisition of SAM – once Snell, Pro-bel and Quantel – by Belden and the folding of the brand into Grass Valley. 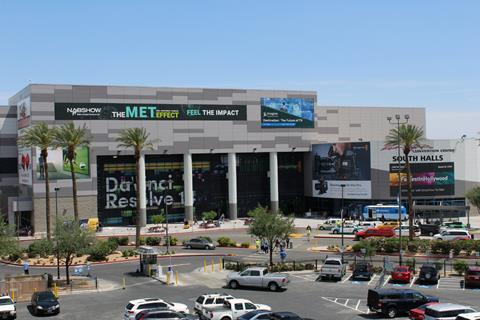 The company has had just a couple of months to integrate the new acquisition. Word is that there was something like 80% product overlap, so developing a strategy for all those technologies and sectors will be a challenge.

It is unlikely that this will be the only M&A story talked about at NAB. Every independent commentator finds the huge number of relatively small companies serving this industry difficult to comprehend.

Further consolidation will have an impact on events like NAB, too. Already the physical geography is shifting, not least with Imagine Communications leading the migration from the Las Vegas Convention Center’s North Hall to the busier and buzzier South Hall.

While vendors are consolidating, so too are the industry’s buyers. Broadcasters and production companies are forming ever bigger groupings. The Walt Disney Company’s acquisition of 21st Century Fox for a staggering $52.4 billion is another headline grabber.

Of course that deal includes some political manoeuvring as well as business growth, but it is indicative of an industry that is recognising that it can no longer regard itself as “unique” and needs to be set on a much more solid commercial footing.

And one of the aspects of that solid commercial footing is a much more rationalised approach to technology, relying on preferred partners rather than researching and procuring individual solutions to each new task. The big vendors are the ones in positions to grab this favoured supplier status.

What are the technology questions people will want answered at NAB? The hot topics of recent years are now being implemented in solid products.

So while there will be a lot of marketing weight behind the move to IP connectivity, there is general agreement that there is no resisting the change. Standards are in place – and include NewTek’s royalty-free proprietary NDI system, as well as SMPTE ST2110.

One of the technologies that IP enables is IMF, the Interoperable Master Format. Put simply, this allows you to distribute content by sending a master file plus a list of instructions to make other versions from it. So if you have a pre- and post-watershed version of a drama, for instance, you send one IMF file of all the content, together with an XML file instructing the delivery system what cuts to make. 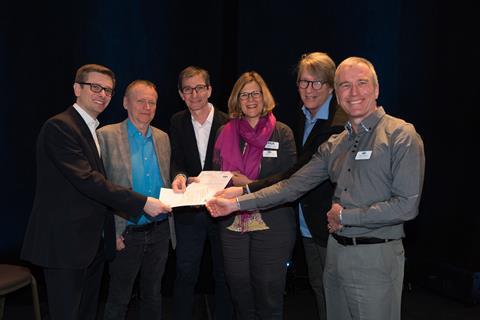 IMF is a SMPTE standard, and momentum seems to be building behind it. Telestream has useful information on the background to IMF, as does Bruce Devlin on his personal Mr MXF website. Bruce is of course now Standards Vice President at SMPTE. Vendors like Tedial are promoting tools to generate and manipulate IMF metadata.

4K resolution will also be heavily in evidence, although it is now widely recognised primarily as a production format rather than anything that will be delivered to consumers just yet. While there are some online 4k deliveries, most content reaches most consumers as HD. 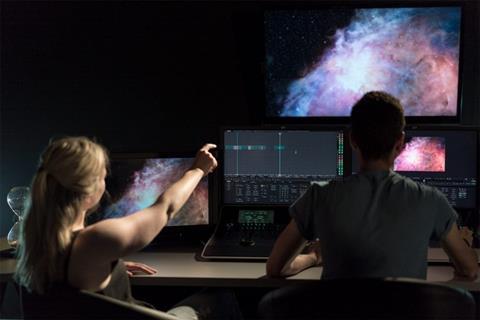 High dynamic range content will also be a popular, and potentially influential, growth area. HDR provides an immediately recognisable gain in image quality, and is relatively compact to broadcast.

When HDR first came onto the scene it was linked with massively bright screens, and the gossip on the show floor was of colorists “gazing into the heart of the sun”. Today HDR is an accepted part of production and post production, and new and better ways of delivering it from camera to home will be interesting.

VR and AR will continue to attract interest, certainly. The most recent market research from International Data Corporation suggests that headset sales are back into growth and there will be almost 70 million units in use by 2022.

Augmented reality is producing some amazing results. Brainstorm contributed to stunning and seamless images as part of the Olympic opening ceremony in PyeongChang. 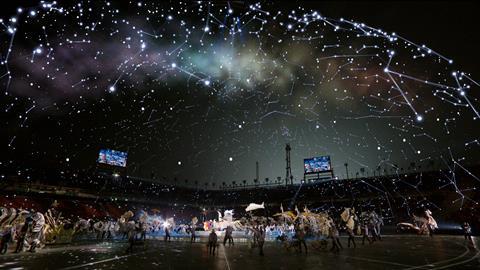 The application of artificial intelligence (AI), or machine learning as we are encouraged to describe it, looks like being a very fertile topic for debate.

Just to pick out a couple of vendors among the many who will have more or less intelligent solutions on offer, Amagi is suggesting machine learning to automatically segment video on demand assets; Decentrix has realtime advertising trading across multiple platforms; and EVS is aiming to support its video refereeing tools with AI.

Even more dramatic is the suggestion from a new name, Cubee Technology from Shanghai, that its machine learning system will one day replace commentators on football matches. For this year’s FIFA World Cup, its Aiball system will provide chatbot services for iOS and Android users, but for the future, the company is bullish.

“The job of a football commentator or pundit… hasn’t changed much of the last few decades, but its days are numbered,” the company is quoted as saying. That remains to be seen.

Linked in to machine learning is the internet of things, the idea that every device will one day be connected. We are growing used to sophisticated remote control – we happily accept the idea of a complete studio being controlled from a remote location. Adding intelligence into the internet of things allows increasing automation and, hopefully, a move towards error-free broadcasting.

The cloud will be on the agenda, too. There is a conference session produced in association with Amazon Web Services which looks to the future of connected production. The scenario is the coverage of a landing on Mars; leading the debate is a technologist from NASA’s Jet Propulsion Laboratory.

All of this connectivity, of course, depends upon tight security. No broadcaster or production company will countenance any risk of hacking, data intrusion, or intellectual property hijacking. I hope I will not be the only one asking hard questions about security 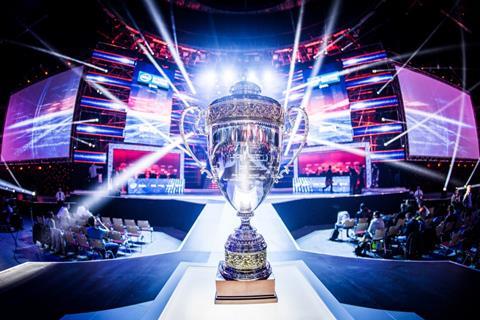 Finally, sport is always a hot topic at exhibitions. 2018 with the Olympics in February and the FIFA World Cup in June is a particularly busy sports year.

But the hottest of action may not be on the slopes or the pitch. A recent report from market intelligence company Newzoo suggests the esports industry will be worth $1.6 billion by 2021. PwC has a more modest, but still startling, estimate of $874 million.

One of the finalists for the IBC2017 Innovation Awards was the coverage of the esports world championships, the Intel Extreme Masters. This gained an online audience of a very creditable 46 million.

Coverage is prevalent on platforms like Twitch and Ginx. Traditional broadcasters struggle to find a way of presenting it, not just for cultural reasons but because it calls out for interactivity and real immediacy.

These are just a few of the things that will be on offer at NAB. Will there be an unpredicted showstopper? Only the buzz on the show floor will tell.