Who are the favourites for the BBC director general job?

With Tony Hall set to leave the BBC in the summer, IBC365 looks at who might replace him as director general and the challenges they may face. 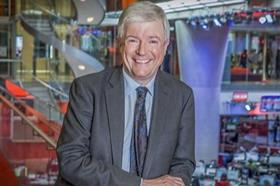 Whoever steps into the shoes of BBC director general Tony Hall when he departs in the summer will face a series of unprecedented challenges.

As one of the best-known and most respected public service broadcasters in the world, the position of director general is a coveted role. But with a pressing to-do list that includes defending the licence fee, dealing with rising competition from OTT platforms and the perennial problem of attracting younger audiences, some may be put off the role, especially those currently working in the commercial sector who would inevitably have to take a substantial pay cut.

The BBC has only ever been led by male director generals, so there will also be pressure on the corporation - which recently lost an equal pay dispute to presenter Samira Ahmed - to consider appointing a female.

One of the key challenges is how the BBC tackles the increasing cost of content driven by more competition. At the same time, that competition for eyeballs means the BBC audience is shrinking, all while its main source of revenue is under attack.

John Whittingdale, who was UK Culture Secretary from May 2015 until July 2016, has said Hall’s departure should open up a debate on the BBC’s funding model. Speaking to the Guardian, Whittingdale said the rise of OTT services “does raise questions about the sustainability and how we continue to support public service broadcasting generally”.

In other words, whoever replaces Hall will need to find ways of justifying the cost of the licence fee when the BBC carries out its mid-term review in 2022.

Hall’s successor will be picked by the BBC board of Trustees, and will inherit a fractured relationship with the existing Conservative government; the aftermath of an equal pay dispute, and challenges around diversity and accusations of political bias.

A report from the MailOnline claims that Boris Johnson’s government will intervene should the BBC pick an “unsuitable successor”. According to Downing Street sources, the new director general will face the sack unless they embrace major reforms.

So, the major question for the industry, is who will take on the task of running the BBC?

According to betting site Ladbrokes, former Labour MP James Purnell is favourite for the role. Purnell served as Work and Pensions Secretary and Culture Secretary in the Gordon Brown Government from 2007 to 2009.

Since 2013, he has been the BBC’s director of strategy and digital, adding responsibility for the BBC’s radio operations in 2016. Prior to becoming an MP in 2001 he had worked at the BBC as its head of corporate planning.

Much of the speculation suggests the BBC will look first for a candidate from within, and Purnell suits this. On the other hand, the appointment of a former Labour MP is sure to aggravate the Conservative government, meaning Purnell could end up being a short-term appointment should the government intervene if, as the MailOnline suggests, it deems the appointment to be “unsuitable”.

Currently, the BBC’s director of content, Moore oversees a £1bn budget at the corporation and has commissioned a raft of popular content, such as The Bodyguard and Luther. In the role since 2016, Moore was formerly controller of BBC1 until the role of channel controllers was abolished.

She has been with the BBC since 2006 and is tipped by many to become the first female director general. A former documentary maker, she is comfortable in front of the media. At last year’s Edinburgh International Television Festival, she spoke on the importance of Ofcom’s decision to allow the BBC to air shows on BBC iPlayer for 12 months after first broadcast. However, some have questioned her lack of commercial experience. 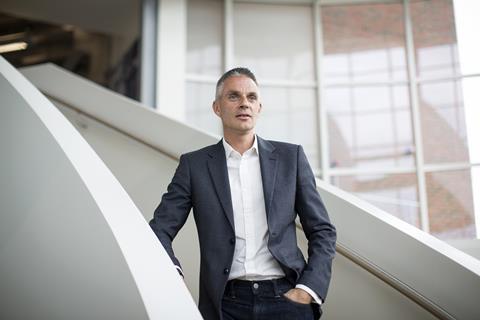 Tim Davie has been here before, having served as acting director general following the resignation of George Entwistle in 2012. He currently heads up BBC Studios, the broadcaster’s commercial production and distribution arm.

Davie joined the BBC as director of marketing, communications and audiences in 2005, having previously worked as UK marketing manager for PepsiCo.

He served as director of audio and music, sitting on the BBC Executive Board. He also sits on the board at the RTS. Last year, he was reported to have turned down the role of Premier League chief executive. 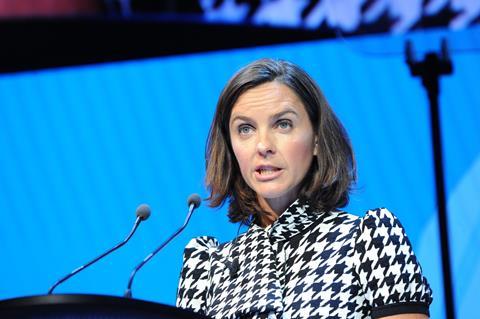 Experience of heading of a broadcaster in the current climate could be invaluable to the new DG. That is partly why Alex Mahon, chief executive at Channel 4, is one name being touted for the role.

Not one known for pulling her punches, Mahon has spoken widely about the challenges posed by FAANGs and was one of the first women to lead a major broadcaster in the UK. She also oversaw the move of some of Channel 4’s operations outside of London – something that Hall’s successor will also face.

Whether Mahon would leave Channel 4 for the BBC is another question, although she has potentially highly valuable government experience, having worked as a member of the DCMS advisory panel. She’s also proven herself willing to stand up to government pressure after the Conservatives accused Channel 4 of showing bias during the 2019 general election.

Australian-born Hunt spent more than two decades at the BBC and is currently Apple’s creative director for Europe.

Having held the positions of chief creative officer at Channel 4, controller of programmes at Channel 5 and controller of BBC1, her CV is undoubtedly impressive. She missed out on the top job at Channel 4 when it appointed Mahon in 2017, so a return to the UK TV scene with the BBC could tempt her.

However, despite being a strong external candidate, it is likely that she would have to take a significant pay cut to become DG; Tony Hall’s annual remuneration is £450,000. 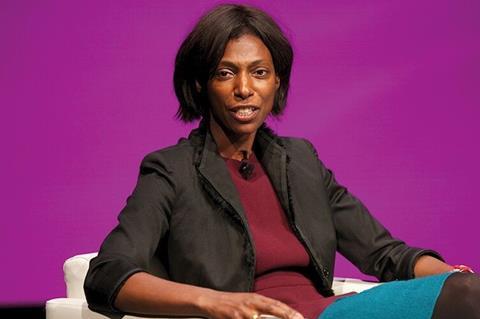 A real outside bet is the departing chief executive of regulator Ofcom, Sharon White. White quit Ofcom last year to take on the role of chair of the John Lewis Partnership, but she has yet to take up her seat.

During her tenure, she has overseen Ofcom’s increased oversight of the BBC and is popular within Whitehall, having previously served in the Treasury overseeing the public finances. Whether White would be willing to ditch John Lewis for the BBC is the biggest question, making her something of an outside bet, however, her policy experience would stand her in good stead for the inevitable upcoming wranglings with the government.

One name being suggested by the Guardian is Penguin Random House UK chair, Gail Rebuck. She has been linked with a top job in the BBC for decades and would bring more than four decades of publishing experience to the role. She is also a member of the House of Lords and previously sat on the government’s creative industries taskforce.