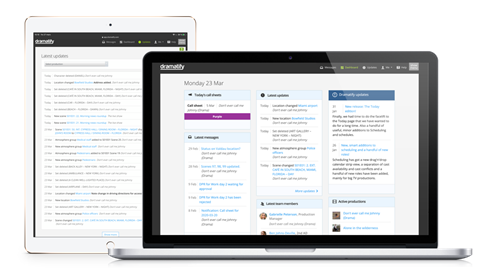 Dramatify: One of many platforms which are helping to streamline production workflows

The coronavirus lockdown has made remote working the norm for most people employed at production companies and broadcasters.

There’s been widespread coverage of how video conferencing via platforms such as Zoom has taken off during the pandemic, with daily users ballooning to more than 200 million in March from a previous maximum total of 10 million.

Less commented on are the other platforms that can help to streamline production workflows.

That’s partly because the industry has been something of a laggard in adopting digital tools to improve collaboration and communication.

Despite employing the latest digital technology to make shows look amazing on screen, behind the scenes it is often a different story.

“There’s hundreds of bits of paper floating around the world of production, and we digitise that framework,” Leeanna Pitt, POP

Email, Excel and old-fashioned paper remain common tools for business management. Many of the commonly used digital apps in TV and film are those that are familiar to anyone who has had to adapt to an increasingly global and remote way of working, from WhatsApp Audio for saving money on international phone calls through to Zoom or Google Meet for video conferencing to cut the cost of traveling to meetings.

Annika Lidne, CEO and co-founder of Stockholm-based Dramatify reckons that less than 2% of productions use digital production tools to help organise production. “Most really are still using Excel or email,” she says.

Popping up
One of the leading industry platforms is the We Got Pop Production Portal, a London-based platform founded in 2014 which allows production companies and studios to find, hire, manage and pay all their people in all their projects in one place. 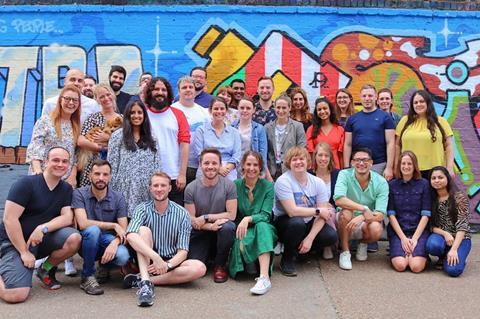 We Got Pop: The current crisis could allow companies to look at their production management systems

“There’s hundreds of bits of paper floating around the world of production, and we digitise that framework,” says We got Pop head of product Leeanna Pitt.

She says that five or six years ago there was a resistance to embracing digital platforms like Pop, but now attitudes are “changing very rapidly. Today there’s almost an expectation that things will be done digitally.”

“We knew that we needed to do something to help our production teams get their heads above the avalanche of paper generated by a big production,” says Melanie Morris, Mammoth Screen

The cloud-based Pop platform is used by production companies such as Studio Lambert on The Nest, Sid Gentle Films on Killing Eve, Red Planet on Sanditon, and New Pictures on The Spanish Princess.

One advocate of Pop is Melanie Morris, development executive at Mammoth Screen, which has used the platform on BBC1’s The Pale Horse, series seven of ITV’s Endeavour, ITV crime drama McDonald & Dodds, and BBC1 and Netflix drama The Serpent.

“We knew that we needed to do something to help our production teams get their heads above the avalanche of paper generated by a big production,” says Morris. “Our production contracts are now generated and signed quickly, we can track and manage compliance and policies, and we have access to a range of reporting and oversight tools which are proving really useful.”

Becoming an industry standard
There are several platforms on the market beyond Pop and Dramatify that can help with the distribution of documents, allowing crew to receive call sheets, editorial notes and sensitive production information through a single online platform.

Clearly, there are plenty of platforms to choose from, each vying to become the industry standard at a timing of ever-increasing levels of production.

California-based Entertainment Partners, which owns the Central Casting and Movie Magic Budgeting and Scheduling programmes, has emerged as a consolidator within the sector. It already owns Scenecronize, and in March this year it acquired We Got Pop, following the earlier purchase of SnycOnSet in January 2020.

She says the Pop platform “delivers bottom line efficiency in the production office” by removing paper-based procedures and digitising processes, whether that is creating digital call sheets or time sheets.

Secondly, they give easy compliance oversight and control for productions and production companies, providing a full digital audit trail. “So rather than having lots of different, fragmented systems, you’ve got oversight of all your data in one place.” Thirdly, Pitt says that a platform like Pop can provide “meaningful, actionable insights to enable workforce optimisation.” 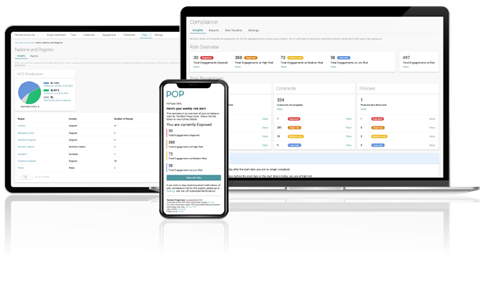 We Got Pop: ”Today there’s almost an expectation that things will be done digitally.”

The ability of digital platforms to streamline back-office production processes comes, of course, at a cost – and not all companies might be able to afford the licence fees.

They also require plenty of investment in terms of time and training to get staff and contractors up to speed with the systems. They also have to overcome an inbuilt aversion to changing tried and tested, traditional ways of managing production – in particular the use of paper.

But as production becomes more complex, and producers look for ways to reduce their environmental footprint, and to cut costs, it’s likely that such production management software will only continue to grow in acceptance by the industry.

It’s also likely that this process will be spurred on by the enforced shutdown of most production due to coronavirus.

Usually, production companies juggling projects are too busy to consider wholesale changes to their working practices. But the coronavirus lockdown could allow them to invest their time in looking at their production management systems.

“We’re really encouraging people to leverage this time to invest in sorting their ways of working from a digital point of view, so that when the industry gets back up and running, everyone is ready to go,” says We Got Pop’s Leeanna Pitt.