Analysis: YouTube redraws the battle lines in the streaming wars

With 20 million paying subscribers and a record $15.1 billion in ad revenue for 2019, is YouTube the strongest OTT competitor of them all? 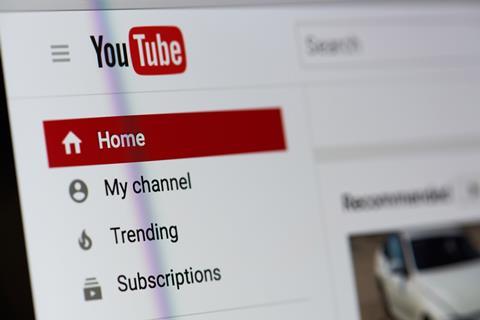 The figures revealed that YouTube advertising revenue was $15.15 billion in 2019, up 35% on the previous year.

The video streaming giant now has over two billion active users per month and 20 million subscribers across both its premium YouTube and Music offerings, which remain ad-free.

While its advertising video-on-demand (AVOD) TV service has more than two million subscribers and was described by Pichai as one of Alphabet’s “growth areas” contributing to the overall revenue of the firm which increased 17% year on year to $46 billion.

Pichai, who took over at Alphabet from founders Larry Page and Sergey Brin last December, said: “I’m really pleased with our continued progress in Search and in building two of our newer growth areas — YouTube, already at $15 billion in annual ad revenue, and Cloud, which is now on a $10 billion revenue run rate.”

“YouTube is an AVOD platform which has to date failed to build a viable subscription business. The only partial exception to this is YouTube TV.”

This week marks 15 years since YouTube was founded and nine years on from when Google bought it for $1.65 billion in October 2006.

Accelerating growth
YouTube is arguably one of the strongest video platforms and is a great competitor to traditional linear television networks with its first-of-its-kind business structure, allowing users to upload their own video content, opening a chasm of influencer opportunities.

Amid the increasing launch of new streaming services, it is aptly capable of holding its own among the new faces, based on audience engagement and advertising spend.

It has been reported by various sources this week that YouTube is contemplating offering third-party subscriptions to users in a move to battle the likes of Netflix, Amazon and Apple, with the aim of keeping audiences in the Google ecosystem and giving them an option over other streaming services.

According to a The Verge report, YouTube is considering giving its customers the option to sign up for a “wide range of subscription-streaming services run by entertainment companies”.

“In the near term, AVOD has to convince conservative TV advertisers to allocate meaningful ad budgets from linear to on-demand.

“At the same time AVOD has to become a substitutive rather than an additive service for mainstream consumers,” he explains: “In 2020 linear TV remains the default distribution for mainstream TV content consumption.”

Cord cutting is accelerating faster than ever before, and box-office figures are dropping. According to the most recent BFI figures from last weekend - covering the top 15 films released in the UK from 31 January to 02 February - on average they dropped 30% compared to the previous week.

“The only caveat to this is the still elusive question of profitability. We now have confirmation of YouTube’s sizeable revenue, but with its servers, content moderation and revenue shares, what is the cost of that revenue?”

According to Midia Research brand tracker, YouTube is already very successful in its own right by most measurable metrics generating the equivalent of 75% of Netflix’s global revenues in 2019 on an AVOD, rather than SVOD business model.

The nature of the diverse viewing behaviour on YouTube means that it complements TV network advertising, particularly when reaching younger demographics who are less reliant on traditional TV for viewing video and TV.

He continues: “Further content investments and partnerships along with enhancing existing experiences and added value will further consolidate its position as a key player.” 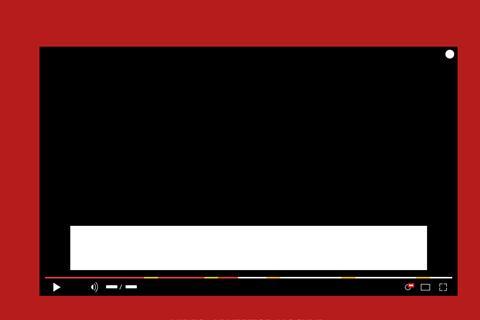 AVOD: ”YouTube’s priority, as part of Google, is advertising”

Consumers today are faced with the most amount of content choice ever and with the abundance of new players entering the market, is YouTube more disruptive than Netflix?

Given the two are operating in slightly different markets, McGowan Stuart explains: “Where Netflix has disrupted the existing premium content space, YouTube has effectively pioneered new forms of short and mid-form media.

“YouTube’s priority, as part of Google, is advertising, and on that basis, the focus should be on users, not subscribers.”

While traditional studio executives are scrambling for content to remain relative and streaming platforms are exploding in ubiquity, the multi-million-dollar deals are snapping up talent across the globe.

Netflix boasted some 61 million subscribers in the US as of the fourth quarter of 2019, which accounts for one-third of Netflix’s worldwide streaming subscriber base, which, according to Statista, was 167 million at the end of last year.

As of September, last year, Netflix had the highest number of subscribers in the UK at 9.7 million, ranking just ahead of pay-TV operator Sky at 9.6 million subscribers.

However, it is arguable that YouTube and Netflix are not competitors with the former already successful, having established a strong premium service across music and video to complement its standard ad-funded service.

Sidebottom adds: “The further potential for the service is significant. Increasing engagement and the quality and relevance of that engagement will become increasingly important.”

A recent data-centric report by Ofcom showed five to 15-year-olds viewing habits which illuminated 45% of audiences favouring YouTube, while some 32% choose Netflix and only 17% would opt for linear TV channels.

McGowan Stuart says: “Looking at the current debates around the future of the BBC, so much revolves around competition for younger audiences, where YouTube is central.”

While TV can still create water cooler moments such as major sporting events or a favourite TV programme finale, the power in YouTube’s success is its long-tail content, which McGowan Stuart says is “boundless.”

He notes: “In terms of actual advertising spend, it’s not really a direct substitute for TV, where mass, simultaneous reach across demographics is still powerful. But it is all becoming part of a larger audio-visual pot.

“The global scale of YouTube’s ad product, across brand and now increasingly direct response, is powerful and can attract a longer tail of advertisers.”

The impact of the streaming services on content creators is different because of the demand for premium content currently at an all-time high.

Interestingly last year, Netflix’s Ted Sarandos said the cost of producing a “very competitive show” was up 30% on the previous year.

However, YouTube’s range of content and seamless user experience in one single ecosystem is arguably the most valuable offering facing consumers today.