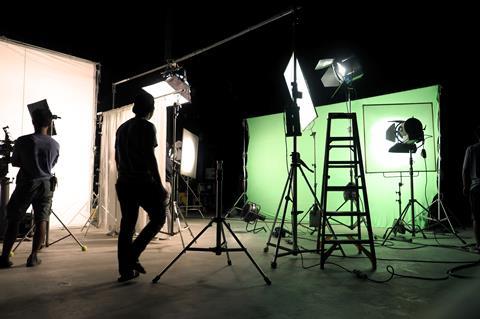 Delivering UHD and HDR content requires skill and customised workflows to transform the creative process as industry experts weigh in on the new formats for productions.

Originally sold as a “brighter format”, high dynamic range (HDR) and ultra-high definition (UHD) are expected formats from commissioners, particularly those working for digital platforms to future-proof their content libraries.

The adoption of HDR, wide colour gamut (WCG) and higher frames rates are impacting every element of the creative process and determining the craft skills needed.

The Farm Group senior colourist Aidan Farrell is an Emmy, Bafta and RTS award winning colourist, who has graded hundreds of programmes and more than two thousand adverts and music videos.

Farrell said: “I have embraced and love working with HDR content and a lot of people who were initially hesitant have now come to really enjoy it, it’s a game changer.

He explained: “From a colourist point of view, all our projects are different and a lot of the time we are working in HDR 10 or Dolby Vision to achieve a HDR deliverable.

“Both are fantastic ways to achieve a high-end and high-artistic end product. Depending on the type of show would determine which way we go about achieving the HDR.”

Commissioners and co-productions sometimes have different requirements that don’t necessarily align with others which can impact budgeting and the way you approach the project.

In a Dolby Vision world, he explained, a HDR version first would require a trim pass to create HDR.

“The beauty of working on HDR 10 means it opens up the challenges of the HDR world… to change and explore the infinite colour range and WGC, it means I can as a colourist grade the SDR master as best as I can.”

“I like the idea that I have full control over the HDR grade and have an infinite number of windows and clarity tools.”

Farrell elaborated on the challenges to lighting and luminous levels, from period drama candle lighting to modern high-end high dramas.

HDR is expected to add the “perfect” level of contrast but, he noted, what is important to realise is: “HDR doesn’t always have to look the same, it doesn’t need to have the highlights pinging out, the key is trying to make it look really good in a normal way.

“To put a look on something is a far easier task than making something look natural and real.”

He added he’s seen some great and poor examples on HDR and the industry is currently going through a learning curve.

He said: “People who were originally scared off from it are now embracing it and it is fantastic, but it is not all about high contrast. It can be whatever you want it to be.”

HDR 101
Director, producer and photographer Pamela Ann Berry is based in Salt Lake City in the US and has worked on projects for HBO with Oscar winning directors.

She explained how the workflows have changed with HDR imaging versus HDR video.

She said: “HDR is a viewing format that displays the contrast, colour and luminance that is capable of producing overall highlight brightness levels.

“You’re creating a more dynamic range of the original image. 4K describes the quantity of pixels but its HDR that described the quality.”

There are many competing standards, Berry described as format wars between HDR 10 and now HDR10+, Dolby Vision and HLG/PQ.

Improving on the HDR 10 is HDR10+ which is a Samsung format, Berry explained: “They’re pushing it hard” and face challenges with Panasonic the only hardware manufacturer supporting this format.

She continued: “Dolby Vision has made the big push for HDR which has the dynamic metadata and Netflix, Hulu and Apple TV all support it, however companies have to pay Dolby to use it.

“We as creators need to work out what our workflow is going to look like.”

Created by the BBC and NHK is the HLG/PQ format which is backwards compatible with the TV.

She added: “This is a huge deal for broadcasters.”

Berry explained the difference between 8-bit and 10-bit, as “crucial” when you’re filmmaking and said: “HDR is amazing,” but the biggest mistake for film makers is not understanding the basics of the craft, not the format.

The Farm Group head of scripted pipeline Peter Collins has managed the workflows and tech that enables artists and craft operators to maximise the quality of the content.

He was responsible for the transition to UHD and HDR workflows with budget to file formats and storage at the Farm Group.

He explained that HDR and WCG is the driving force of the uptake of HDR now and UHD and 4K cannot be used interchangeably.

He said: “I approach a project not from the beginning but the end. If you’ve been commissioned to create some content find out what it is you’ve been asked to create from a technical standpoint. Get your hands on those deliverable lists as soon as you can.”

He pointed to the Netflix delivery specifications which give a good overview and are readily available.

Collins offered a deep dive into the technologies and the formats and the benefits and changes to production workflows.

He explained: “It’s not exciting but it is the critical part of the puzzle… There is no best global solution – each technology has benefits in context.”

File formats have come along way, Collins explained: “EXR is a file-based format which supports high bit depth and ideal for those working in VFX.

“A subset of EXR is used with the ACES colour management system,” which he urged those not familiar with read up on it as he foresees this format to “solve a lot of problems for management interface and archive.”

While he expanded on IMF (interoperable master format) which is packaged based and utilises metadata to derive file-based versions from a combination of essences and useful for archive, automation and future re-versioning.

Tricks and traps
Panellists agreed not committing the UHD content will ultimately make you fall behind.

Collins offered some pointers for those to easily navigate around the content projects.

He cautioned on the over and under exposure during productions, he said: “HDR doesn’t mean you’ve got unlimited stops to fix in post. You still must measure your lightness… it is key to make sure you’re exposing correctly.

“The increase in image size is your biggest cost.”

Data size has the biggest impact on costs (Post)

Collins said: “Use UHD to better tell your story and don’t be afraid of it, embrace it and go with it.”

The disparity between file formats and the consumers display devices are vast.

Most recently the longest and most expensive Game of Thrones episode face scrutiny for its murky pictures and dark display.

Berry said: “There is a problem… yes it’s changing and yet it’s getting better but it is still not there for the general public to properly watch HDR on their regular consumer grade television.”

Farrell said: “As a colourist, you cannot win… I am now grading for TV, iPads, phones… all we can do is try out best to get it right.”