By now you’ve likely heard of the metaverse but if you’re still wondering what it all means, don’t worry. You are not alone. The biggest tech giants in the world are grappling with the very same question.

Considered the next iteration of the internet, the vision of the metaverse is for it to be a social, 3D, virtual universe made up of many interconnected 3D virtual spaces. What we have now - with experience games like Fortnite and Roblox, and collaboration spaces like Spatial and Facebook’s Horizon Workrooms - is a multiverse. Many different platforms with their own infinite landscapes, economies and currencies, and no way to move or operate between them. 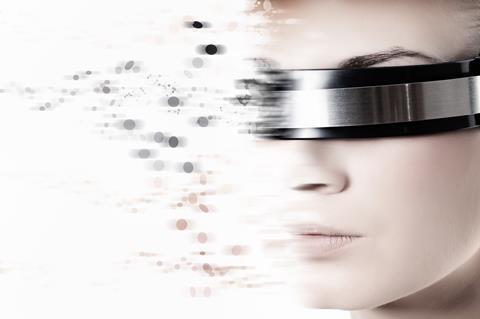 For the metaverse to work, this must change.

Number one, it can’t be owned or run by any singular company, much like how the internet today is not controlled in its entirety by a single person or entity.

Many different players will have to figure out how to work together in a decentralised way.

Second, interoperability is essential, meaning we’ll need to be able to travel between virtual worlds without having to change identities, or lose our money or digital assets.

It should be as easy and convenient as moving from one website to another. These are both huge challenges, not just from a computational and networking perspective, but also from a business and economic viewpoint.

The internet was largely developed by public institutions, military labs and independent academics as a way to share research and communicate with other professionals from around the world. Its commercial potential was an afterthought.

This is not the case with the metaverse. It is being developed independent of government oversight by big tech companies with commercial intentions at its core. Over the next few decades the metaverse will slowly, continuously emerge and it will inevitably take on many different forms along the way, much like the World Wide Web has.

Instilling interoperability
Currently, no big developers have built their in-game economies in a way that is conducive to interoperability. Major platforms don’t support common standards, which means it is incredibly expensive for developers to produce content and software that runs across multiple platforms, thus making it difficult to reach a maximum audience. Another key point that differentiates the metaverse from other mediums such as films, television, albums and books is that it is meant to be persistent, constantly evolving and continuously expanding.

To build the metaverse properly, businesses will need to invest in producing virtual worlds and assets, which is expensive. The environments in Microsoft’s Flight Simulator, for example, were generated from real-world scans, but had that data been built from scratch, or had they created a fictional world with a similar level of detail, it would’ve cost them billions. 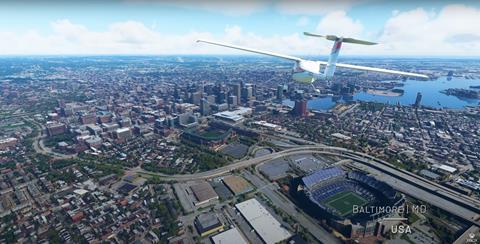 To address this barrier, new companies and business models are popping up.

In the coming years, it will continue to get easier and cheaper for companies to produce high-quality ‘mirror worlds’, known as digital twins, of physical spaces, as well as use scans of the real world to produce high-quality and less-expensive fantasy worlds. Owners of these libraries will have a huge advantage in the XR era. Companies like Nvidia, Facebook, Autodesk, Disney and Snap are all building up their databases, signalling the perceived value of this coming marketplace.

The global economy is largely successful because of openness, trade and the flow of people and data from one ecosystem to another, and this should be the model for the metaverse economy too. People will require ways to move skins (avatars), assets (ex. NFTs) and currencies across platforms, preferably without import duties or exchange rates. Users will also need a way to view all their digital assets in one place. To manage this, new financial services, like a metaverse wallet or locked storage facilities, will be needed. How we move money and assets about in the metaverse is a huge headache, until you consider the benefits of blockchain.

Cryptocurrency immediately breaks down barriers between competing companies in this space. A decentralised, automised, and trustless blockchain model means that companies, developers and end users can be assured that their investments, and the value of those investments, won’t arbitrarily change or disappear overnight at the whim of a CEO or government. 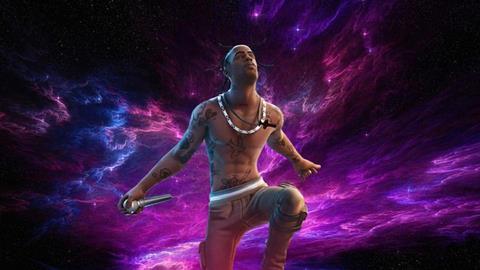 Fortnite: Allows for the purchase of digital assets

The difference between the digital assets bought in Fortnite and buying an NFT is true ownership with digital property rights, which is only possible because of blockchain. For virtual worlds to be truly open across platforms, devices and engines, data must also be accessible, which goes against the current ethos of most businesses and governments. However, blockchain offers unique levels of protection, trust and transparency for every party that is not achievable otherwise.

“There is big opportunity for live events and broadcast in this space, and it is only going to get bigger”

VR content was the fastest growing media segment of 2020, beating out all other forms of traditional media, and it is expected to hold this title for the foreseeable future. Free to attend concerts in Fortnite from people like Marshmello, Travis Scott and Ariana Grande have attracted millions of viewers and translated into real world success. However, there was not one big group of 12.3 million people watching Travis Scott live in Fortnite, instead the concerts were made up of 50 people each.

Essentially, there wasn’t actually one concert, but 250,000 occurring simultaneously. This is because current computation is not yet powerful enough to host thousands, or millions, of people in a live, shared, persistent, synchronous space, highlighting another hurdle for the metaverse to overcome. This said, no physical concert in history can claim an audience of that size, signalling that there is big opportunity for live events and broadcast in this space, and it is only going to get bigger.

In our day to day lives, the shift into the metaverse will be gradual. Our first entry points will be through familiar apps and sites. Facebook has 2.89 billion users and owns four out of the top five most popular social media networks. This makes them primed to monetise entry points into the metaverse via their existing apps. Content on Instagram that we see today could click through to virtual try-ons in virtual worlds, or a group we belong to on Facebook could invite us to join a live chat in 3D. They are also uniquely positioned to generate interoperable personalised avatars for their users based on shared photos, which would effectively eliminate an initial barrier of entry into the metaverse.

Gen Z and Gen Alpha are already more familiar and comfortable with the metaverse concept through experience games like Roblox, Minecraft and Fortnite, than millennials and baby boomers.

By 2025, Gen Z will make up 27% of the workforce. By then, there will be a significant convergence between 5G and edge computing solutions, and more sophisticated, lightweight and stylish headsets. Since Gen Z, Gen Alpha and Gen M are the demographics who stand to use and benefit from the metaverse the most, we can expect them to have a huge influence over which companies succeed in the metaverse, and which ones don’t.

Ultimately, the metaverse offers us a way to make the internet better, or to make it worse. Hopefully we choose the former.