The Software Defined Age is upon us but what does that actually mean in practice? George Boath, director of channel marketing, Vantage and Lightspeed products, Telestream explains. 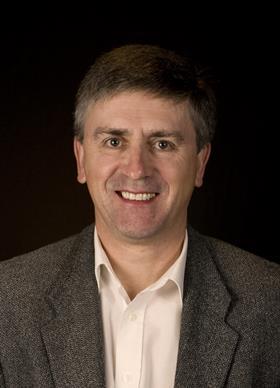 The Software Defined Age has been with us for several years, but general computing and networking technology has been (until recently) unable to process live HD video signals in real-time, so the concept of SDA was limited to non real-time to file based workflows.

Now, with increased processing power and network bandwidth, we can distribute live video over IP networks and process it in real time.

A typical broadcast facility has a natural diversity of uses, with different services and processes peaking in their demand at different times of the day or week. In a conventional SDI system, some expensive equipment is idle most of the time.

A good example of this might be standards sonvertors - specialised devices which are often used only for a few hours each week.

In software defined architectures the servers which run standards conversion services can host other services for the rest of the time, thus reducing the overall equipment requirement and the associated power consumption.

We can also take advantage of cloud computing services (either private or public) to enable swift dynamic scaling of resources to match business demands, though a software defined architecture does not depend on cloud computing.

System design and capacity planning for a software defined system is more complex than for conventional systems. It requires detailed knowledge of work patterns, peak loads, concurrency of events etc., and then a business decision is required to define the overhead capacity to be designed into the system.

Unlike SDI, software defined systems cannot yet be considered as ‘plug and play’, even though various standardisation efforts have made great progress towards this goal.

Therefore it is critical that any user conducts thorough tests of equipment contained within their planned workflows with their own signal and files, before putting any new software into production. A ‘sandpit’ test environment should be planned for in any new facility.

The IT industry brings massive economies of scale, but equipment life cycles are much shorter than for conventional broadcast products, and users must plan for replacement cycles of three years, rather than the usual five years (or more) that they may be used to.

They should also budget adequately for software maintenance contracts, and must have a plan for software version testing and control.

As with all technology changes, the move to Software Defined Architectures offers many benefits in cost and flexibility, and presents some new challenges which broadcasters can best overcome through collaboration and discussion with their supply side partners.